The Promise by A. B. Michaels Virtual Tour and Giveaway

HE’LL RISK EVERYTHING TO KEEP HIS WORD 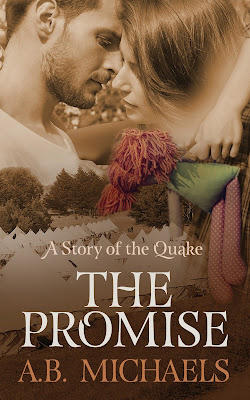 HE’LL RISK EVERYTHING TO KEEP HIS WORD

April 18, 1906. A massive earthquake has decimated much of San Francisco, leaving thousands without food, water or shelter. Patrolling the streets to help those in need, Army corporal Ben Tilson meets a young woman named Charlotte who touches his heart, making him think of a future with her in it. In the heat of the moment he makes a promise to her family that even he realizes will be almost impossible to keep.

Because on the heels of the earthquake, a much worse disaster looms: a fire that threatens to consume everything and everyone in its path.

It will take everything Ben’s got to make it back to the woman he loves—and even that may not be enough.

The Promise, a stand-alone novella, is the latest offering from A.B. Michaels’ multi-genre series “Sinner’s Grove.” 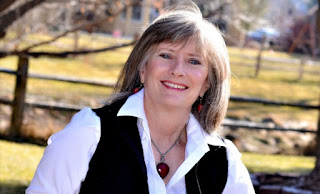 Born and raised in northern California, A.B. Michaels holds master's degrees in history and broadcasting, and worked for many years in the public relations and marketing fields. An avid quilter and bocce player, she currently lives in Boise, Idaho with her husband and two furry "sons" who don't seem to realize they're just dogs