We welcome Sean Dow, author of A Leafy Green World and Al-thar today! 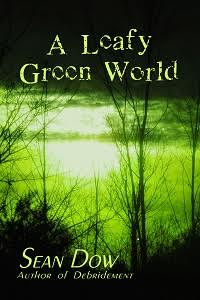 A Leafy Green World is a fast paced, action packed thriller set in the Pacific Northwest. Dr. Brent Holcomb has moved to Portland in hopes of resurrecting his life and his career. There, he meets Robyn-the girl from his dreams. All is going smoothly until he realizes Robyn and her friends are not what they seem. Now, wrapped up in the murder of an innocent man, and with nowhere to turn, Brent forms a bold plan-a plan that will put him on a dangerous course, aligning himself with domestic terrorists and ultimately, a deeply hidden cell of Islamic terrorists.

“How well do you trust him?” asked the voice over the encrypted satellite phone.
Farouk was always amazed at the technology that allowed him to have a clear conversation with someone halfway across the world. It was an honor to have been put through—he was speaking to Saadullah Abul Ka-beir himself, the imam who was guiding the war against the great Satan. He was a merciless warrior, a genius, and a master of planning—the best hope Islam had ever had of ridding the world of the Jews and of bringing in the glorious caliphate, and Farouk was actually being allowed to speak directly to him!
Even with the encryption, he had been instructed not to mention names or give any salutations that could be used to identify the man on the other end. The Americans were always finding ways to listen in on their conversations. The only truly secure communication was by courier, and the time delay involved in that was often unacceptable. Going in person to see the imam was out of the question. It would take almost two days to fly to Peshawar, and from there it was another grueling six hours to reach the blessed valley in Upper Dir where the council was sheltered.
"Six hours, that is, in the daylight," thought Farouk. Travel now had to be at night. The daytime skies were filled with silent death. So many heroes had died before their appointed time and with nothing to show for their deaths. The Americans struck wherever they pleased; there was no sovereignty, no shelter. Even in his own country, his leaders were forced to live like animals, cowering in damp caves and afraid to show their faces, lest the devils strike from the sky. It was an abomination, but it was also reality—Farouk prayed on a daily basis that he would live long enough to dance upon the graves of the infidels who forced the great leaders to live in such a demeaning manner.
In the meantime, satellite phones had become a necessary risk. They were effective, but information still had to be kept to a minimum, conversations as short as possible, and specifics avoided. No one knew if the enemy could listen in, but even if not, it would probably be only a short time until they could.
“I trust him completely, Sheikh,” Farouk said. “Enough to insist on a chance to bring this information to you. We have the opportunity to achieve the dreams of our people, and in our lifetime. This man is high in the ranks of a group that has lived for years amongst the devils, fighting them constantly, and they have never been penetrated.
“I also worked with his father, a man of great integrity whose efforts are largely responsible for my financial independence. I can say with certainty that this man can be trusted.”
“You realize what will happen to you and your family if you have been deceived?”
“Yes, Sheikh. As always, I put my life in your hands. We are searching his past and will watch everything he does, but I sense the beneficence of Allah in this man.”
“Very well. We will discuss this. In the meantime, continue your vigilance but do not go any further. You have already taken a great chance talking to him. You will find the fires of hell to be a welcome relief if your actions bring any damage to our cause.”
The call ended. No Salam alaikum, no Allah ysalmak, just silence. Silence and a feeling of dread. What if I have let pride interfere with my judgment? Farouk worried. Have I let the lion in the door? In Al-thar, (Arabic:revenge) Brent is living a tranquil life on the peaceful Philippine island of Masbate. But the FBI's witness protection plan is not enough when you have destroyed the plans of the world's most feared terrorist group-an assassin is on the way, and his plans are far worse than a simple bullet in the head.

With the violent destruction of his new island home, Dr. Holcomb is once again thrust into danger, this time on an international level. There are only two outcomes in this new high-stakes match, Brent's painful and public death and the destruction of America's, or the death of Saadullah Abul Ka-beir, and his council.

Brent brings together his cast of memorable friends from A Leafy Green World as he devises the greatest deception ever imagined. The action goes at a break-neck pace from the Philippines to Washington, D.C., and from a remote valley in Pakistan to the jungles of Sierra Leone in this novel that has been described as almost too real, and too timely.

“What the hell?” thought Tony Rossi.
Rossi, newly advanced to assistant director the FBI was coming home from yet another late night at the Hoover Building when the stoplight in front of him changed. There had been no hint of yellow, just a straight shot from green to red.
Tony had been absorbed, thinking about the conversation he had just finished with his liaison at the CIA. They had been picking up more chatter than usual. Whether it would be stateside or on foreign soil was anyone’s guess, but it looked like something was on the horizon, something big. Tony’s thoughts had also been drifting to Anne-Marie. For the second time this week, he had been forced to call off a planned evening—he wondered how much longer she would put up with this.
With the sudden light change, the limo in front had slammed to a halt, its nose just into the intersection. With his mind elsewhere, and the anticipation of the light staying green, Tony rammed into its back with barely a moment on the brakes. He was shocked by the force of the airbag, but was grateful just the same. Shaking off the daze, he looked through his windshield at the car in front of him.
Son-of-a-f*******-b****! he thought, slamming his hand on the wheel. Who in the hell did I just run into? He had noticed earlier that the car had government plates, and he knew they didn’t give limos to run-of-the-mill, first-term senators or other no-name low-level officials, only to those who had risen through the ranks—this was going to be a very long evening. 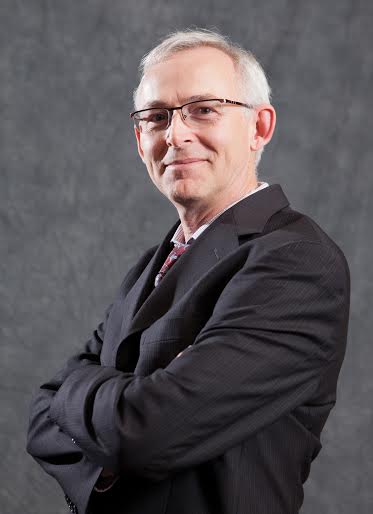 Sean Dow is a pulmonary and critical care physician in Great Falls, Montana. He started writing thriller novels in 2011, and has three titles, one of which, Debridement, is in its second printing and is being made into a feature film.

Sean was born in Iowa City, but was raised on a small farm in Kansas before leaving for medical school, and the adventures beyond. His career was largely in Klamath Falls, Oregon, a town that still feels like home. He did a brief stent in Las Vegas before moving to the paradise of Montana. When not working or writing, Sean can be found in the kitchen perfecting his New York cheesecake, or on the mountain streams with Bailey, his beloved (and perfectly behaved) Mastiff and his favorite 2 weight fly rod-a parting gift from a dear friend and patient.

His latest books are A Leafy Green World and Al-thar.