House of the Hanging Jade by Amy Reade

House of the Hanging Jade
by Amy Reade

There was so much going on in this story, it could have been a soap opera. But it was all believable to me.
~Back Porchervations

There is suspense in the story and there is also good relationship elements in the story as well. This one kept me on the edge of my seat.
~Melina’s Book Blog 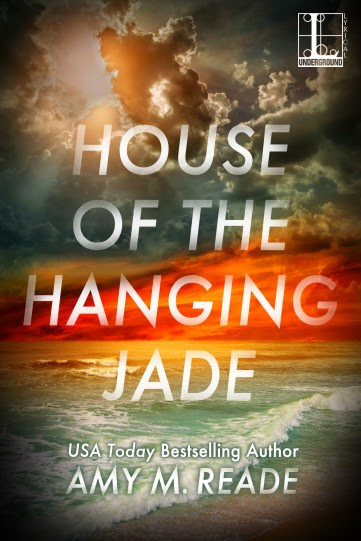 House of the Hanging Jade

A dark presence had invaded the Jorgensens’ house. On a spectacular bluff overlooking the Pacific Ocean, something evil is watching and waiting . . .
Tired of the cold winters in Washington, D.C. and disturbed by her increasingly obsessive boyfriend, Kailani Kanaka savors her move back to her native Big Island of Hawaii. She also finds a new job as personal chef for the Jorgensen family. The gentle caress of the Hawaiian trade winds, the soft sigh of the swaying palm trees, and the stunning blue waters of the Pacific lull her into a sense of calm at the House of Hanging Jade–an idyll that quickly fades as it becomes apparent that dark secrets lurk within her new home. Furtive whispers in the night, a terrifying shark attack, and the discovery of a dead body leave Kailani shaken and afraid. But it’s the unexpected appearance of her ex-boyfriend, tracking her every move and demanding she return to him, that has her fearing for her life . . . 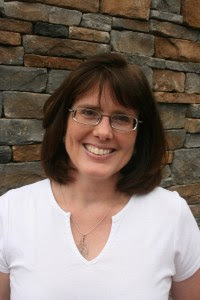 Amy M. Reade grew up in northern New York. After graduating from college and law school, she practiced law in New York City before moving to southern New Jersey, where she lives now with her husband, three children, dog, two cats, and a fish. She writes full time and is the author of Secrets of Hallstead House, a novel of romantic suspense set in the Thousand Islands region of New York, and The Ghosts of Peppernell Manor, a novel in the same genre set outside Charleston, South Carolina. Her third novel, House of Hanging Jade, is set in Hawaii and will be released in April, 2016. She is currently working on the first book of a series set in the United Kingdom (expected release date in early 2017). She loves cooking, reading, and traveling.
Author Links
Website: www.amymreade.com
Blog: www.amreade.wordpress.com
Facebook: www.facebook.com/amreadeauthor
Twitter: www.twitter.com/readeandwrite
Pinterest: www.pinterest.com/amreade
Goodreads: www.goodreads.com/amyreade
Purchase Link
Amazon