No Reason to Hide by P. H. Turner Book Blast and Giveaway

No Reason to Hide

Navajo cop Jessica Akee finds the body of a young male sprawled in the weeds behind a convenience store on the Reservation. What at first looks like just another gang killing is a far more disturbing murder. On loan from the Phoenix PD, top cop Charlie Stone partners with Jessica to find the killer. She harbors a dark secret, but Charlie isn't going to let her keep it...

he extends his hand,

Jessica's younger brother runs with a Native gang, dabbles in rituals best left alone, and ignores Jessica's pleas for him to turn away from the razor's edge between good and evil.

and charms you into the abyss.

When her brother lifts the veil between the two worlds, the Shadow Warrior slips in seeking revenge. All that is human of Ricky is stripped away, and Jessica believes the last card has been played, but the Shadow Warrior turns his vengeance on her. Can Charlie save her before the demon claims Jessica as his own and returns to the bottom of the abyss?


My brother Ricky's eyes stretched with fear. He wildly punched into the air. "Shoot him. Kill him," he screamed.


I let go of him and drew my weapon using both hands to steady my gun.


"Kill him before he kills me," Ricky shrieked and dropped to the ground. He rolled into a ball, clutching his hands on the back of his neck.


Scuff-shuffle, scuff-shuffle, Scuff-shuffle. Cold sweat bloomed on my face. The sound of a dancer in suede moccasins pricked the silence, and moonlight pierced the corners of the empty hut. No one but us in the shack.


Ricky mewled and begged me to shoot. I maintained a shooter's stance, facing the empty corner he stared at. He scrambled in the loose sand away from me, his fists punching the air.


A deep, smooth moccasin print appeared in the sand. The footprint had drag marks that elongated the print from the dancer's shuffled step. The print faded away, and the next step appeared. The perfectly spaced prints appeared and disappeared one at a time, forming a half moon circle around Ricky. Separating Ricky and from me. The dry, percussive sounds of the seeds from a gourd rattle whispered through the air, keeping time to the dancer, Scuff-shuffle-rattle, scuff-shuttle-rattle, scuff-shuffle-rattle. But there was no dancer.


"Kill him! He's right there." Ricky pointed to the air above the footsteps. "He's come for me. Shoot him."


Before I could react, the gourd rattle faded away, and the last foot print gradually disappeared from the sand. No new prints appeared. "Get up," I ordered Ricky.


Ricky uncoiled from the fetal position and looked around warily. "He's gone. You shoulda killed him. He'll be back." He rose to his feet and stumbled toward the door. 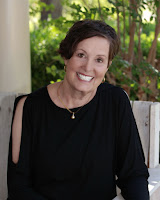 
I call Austin, Texas home now after working on the East and West coasts, the Rocky Mountains, and an island in the Gulf of Mexico. I've come full circle to live and work close to the farm my family settled in the 1850's.

Truth is stranger than fiction, and years in the news business provided lots of peculiar characters and stories to write about. My books are set in my favorite places, the desert canyons and high mountains of the American West.

NOTE FROM THE AUTHOR:

Amazon's Kindle Scout program has accepted my latest mystery, No Reason to Hide. Kindle Scout is reader-powered publishing for new, never-before-published books. It’s a place where readers help decide if a book gets published by Kindle Press. Please click my link
https://kindlescout.amazon.com/p/3J7NFQQ1E13CJ
and vote for my novel by clicking the Nominate Me button. My book stays in the Kindle Scout program until May 22.You're not committing to purchase the book. As a thank you from Amazon and me, you will receive a free ecopy of No Reason to Hide, if the book is accepted for publication. Please share with friends and thank you!