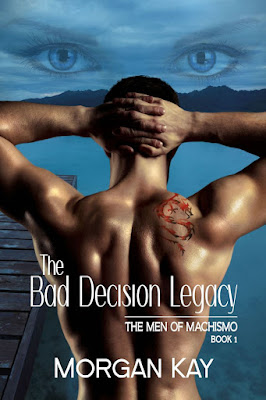 The Men of Machismo series revolves around nine friends who worked together in a male revue. Each book follows the life of a different former dancer seven years later. The Bad Decision Legacy is Will and Tonya’s story.

Tonya’s psychotic ex is stalking her. Not the best time to meet men, still her best friend begs her to show up for blind date dinner. Her plan includes the meet and greet, then heading home. Of course, she never expected a man who sent every hormone in her body into high alert. Will looked like her next bad decision.

Will’s work as a divorce lawyer included discouraging embittered women from ramming their soon to be exes with the car or setting fire to their husband’s latest girlfriend. No wonder he fell hard for Tonya. The first woman he met with no agenda, well almost none. It’s obvious Tonya is knee deep in trouble, but refuses to ask for help. Instead of running the other way, he contemplates dashing into the tornado she refers to as her life. With any luck, he might survive. 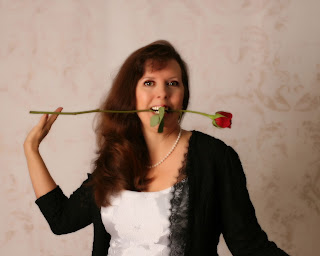 Morgan K Wyatt writes steamy romances with a side of laughter under the name of Morgan Kay. The wisecracking heroines and hunky heroes are similar to the ones in her mainstream novels, but in the Steamy Interludes series, the bedroom door is left open.  Real life issues, humor, dogs are also staples in Morgan Kay romances.

a Rafflecopter giveaway
Posted by 3 Partners in Shopping at 1:51 AM