We're happy to be hosting Kaelia Stevens and her JULES: THE 2ND ADVENTURE BOOK BLAST! 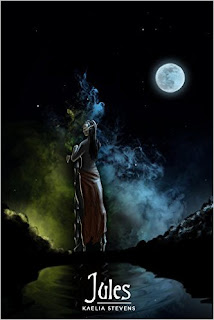 She intends to start a war.

When I entered the blue-lighted nightclub, Sting was at the piano again. He was thundering out jazz compositions with the energy of a hyper pygmy goat.
There was a twin-headed Doppobocca at the microphone, scatting like a pro. These squatty, yellow aliens landed somewhere in Italy, and apparently enjoyed the culture so much they decided to stop by Earth on a regular basis. Doppobocca was not their species name, just what the fairies from Italy decided to call them. It was an Earthling nickname, as far as they were concerned, and the Doppobocca didn't seem to mind in the least.
The alien’s two heads were currently scatting something I had never heard before and probably would never hear outside of Sting's nightclub. The heads scatted back and forth, while the single, thick body moved and danced to the beat.
I made my way to the bar, ordered some Pixie wine, and watched the crowd. I was watching to see if my Hyena contact would show up. She liked to frequent My Fair Lady as much as I did, if not more because she had more time. Tonight should have been one of her nights, if I remembered correctly.
"Quite a turnout tonight, isn't it?" someone said behind me, loudly.
I glanced over my shoulder and took in intense brown eyes broken up by a jovial smile on a narrow face. Some of his blond hair was matted in the front, bobbing with every habitual flick of his head in an attempt to get it out of his eyes.
I shrugged slowly with a single shoulder. Gave him a teasing smile as I turned back to the crowd. "Aren't you in the wrong place, Keeper?"
His expression fell as he looked down at his outfit; it was a simple, brown vest held open over a grey shirt with sloppy-looking carpenter jeans. I pointed at the back of his hand, which bore a tattoo in the shape of the Keepers’ insignia: lady justice. Scales in one hand, sword in the other, blindfolded.
It was a human insignia that the Keepers adopted for themselves, in an attempt to maintain the idea that justice is blind. In their case, justice was not only blind, but mute, deaf, and dumb as well.
He lifted his hand to stare at it and frowned, as if he had forgotten it was there. After a moment, he shrugged it off and smiled. "I'm not on the clock," he responded jovially. "I can be anywhere I want. And talk to whoever I want."
"Got it," I said. "So get back to your lonely drink."
He held up a long glass filled with tree sap, alcohol, a tap of blood and a hint of cherry. It was called a Maiden’s Bluff. I hated the taste of it, but it was a popular favorite.
"It's never lonely when you're drinking next to a be-a-utiful woman," he said, toasting me before taking a long drink.
As he threw his head back, his hair shifted just enough for me to see an angle to his ears. He wasn't human. 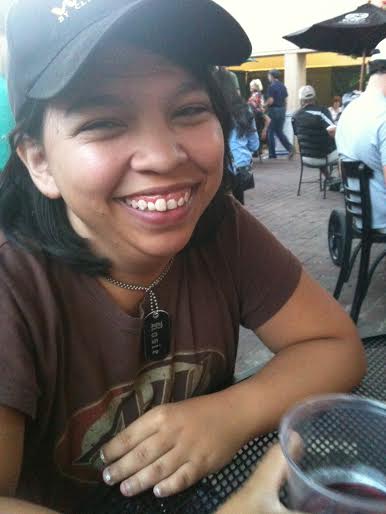 Writing from a young age, K. Stevens published her first book in June of 2015 in honor of her father, Rod Bayron.  A lifetime nerd, animal care-giver, current student of the arts and aspiring ceramist, Stevens has an artistic nature that is akin to a bloodmoon: It shows up once in a while, it's strange and mysterious, and it has a tendency to freak people out.

Her latest book is the magical realism novel, Jules.
For More Information