Falling For Heroes by Eryn LaPlant Book Blast and Giveaway

Oliver Hannel, England’s sexiest new star, has finally moved from the television screen to the silver screen, playing comic book hero The Shock in Hollywood’s upcoming blockbuster. While filming one summer night in the midwestern town of Greenfield, Indiana, Oliver finds himself witnessing a crime in progress. Will he embrace his inner superhero and save the day? Or will he remember he isn’t invincible and call for help?

Layla Brooks is a small town girl with a big spirited heart, especially when it comes to her twin sister, Lucy. She’ll rest at nothing to protect her from a casino mogul’s henchman bent on collecting a debt… even if that includes taking her sister’s punishment. But a strange suited man out from the shadows isn’t about to let that happen.

Oliver and Layla’s opposite worlds collide with a Bam! But are either of them ready for the lies, truth and lust that comes along with a relationship born of shock? Or will their love come and go as fast as a bolt of lightning?

FBI Special Agent Cara Giosino is ballsy and relentless when it comes to justice. When she finds herself in London in furious pursuit of the notorious casino mogul and crime lord Feng Khai, she must give up her solo act and rely upon the fearless Interpol agent who caught Khai the first time.

Edward Hannel is not the man he once was. Tragedy has struck him down, leaving him a shell of his former self. He wants nothing to do with Interpol or the sexy Agent Giosino and her plan to take down the criminal who extorted his brother two years prior. That is until he discovers the madman’s vengeance is still focused on his family.

As they race to capture Khai and protect Edward’s family, neither Cara nor Edward realizes the depth to which this case will take them or how fast their partnership will bloom. And they certainly don’t expect to find such bliss in each other's arms when they finally give in to letting go and being free. 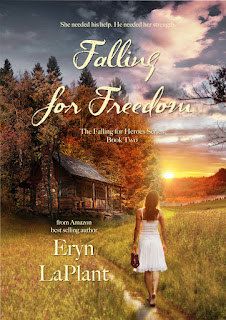 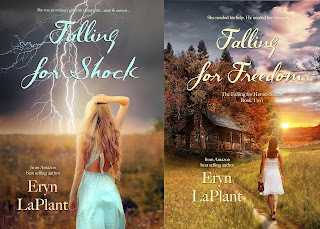 
Oliver breathed a sigh of relief. He was in dire need of finding a bathroom; the straps of his flying harness were cutting into his full bladder. On the street below, the crew wasted no time disassembling set dressings and props. The cameramen turned off their equipment and congratulated themselves on a good day, while the dolly grips trudged the cameras down aluminum tracks. A twinge tightened in his groin and Oliver shifted, trying to redistribute the pressure. It was no use.


“Come on guys,” he grumbled, but he was thirty-feet in the air, who could hear him?


The more hustle and bustle beneath his booted feet, the more he was convinced they’d forgotten their superhero…again. With his thumb and forefinger in his mouth, he blew a shrill whistle. “Hey! Will someone get me down?”


“Thank you!” Oliver called out and the rigging creaked and groaned as he slowly descended. 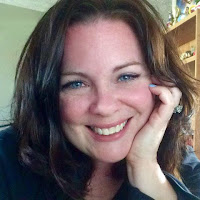 
Eryn LaPlant grew up wishing she could have lived in the books she read, living through characters and their romantic adventures. Now she writes romances of her own to share with readers like you.


When not writing, she spends her time with her loving husband, their handsome son and fluffy new Pomeranian puppy, Marley, in the Land of Lincoln.


For more information on Eryn, please visit her website:


Other works by Eryn include:


Eryn will be awarding a $10 Amazon or B/N GC to a randomly drawn winner via rafflecopter during the tour.