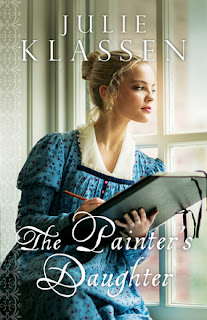 Sophie Dupont assists her father in his studio, keeping her own artwork out of sight. In private, she paints the picturesque north Devon coast, popular with artists--including handsome Wesley Overtree, who seems more interested in Sophie than the landscape.

Captain Stephen Overtree is accustomed to taking on his brother Wesley's responsibilities. Near the end of his leave, he is sent to find his brother and bring him home. Upon reaching Devonshire, however, Stephen is stunned to learn Wesley has sailed for Italy and left his host's daughter in serious trouble.

Stephen feels duty-bound to act, and strangely protective of the young lady, who somehow seems familiar. Wanting to make some recompense for his own past failings as well as his brother's, Stephen proposes to Miss Dupont. He does not offer love, but marriage "in name only" to save her from scandal. If he dies in battle, as he fears, she will at least be a respectable widow.

Desperate for a way to escape her predicament, Sophie finds herself torn between her first love and this brooding man she barely knows. Dare she wait for Wesley to return? Or should she elope with the captain and pray she doesn't come to regret it?

"In this gorgeous story of love and redemption, Klassen spins a tale of secrets and deception, coupled with unexpected plot twists and a swoon-worthy ending; giving readers more evidence as to why she's a fan favorite."
Library Journal starred review

"This is a riveting new Regency-era historical with characters who appear sweet and charming, but have a secret agenda to benefit themselves....Klassen has taken the much-used marriage-of-convenience trope and has breathed new life into it--with a twist."
RT Book Review

My review;
Sophie DuPont wants to be able to paint and not have to hide her paintings.Everything is okay until her body friend decides to take off  She finds herself in trouble but, Captain Stephen Overtree has decided that because it was his brother's fault he must marry her. Sophie has a short time to make a decision that will affect not only the rest of her life, but the lives of others. What will happen if her old boyfriend comes back? Can she trust the Captain? I give this book a 4/5. I was given this book for a review and these are my opinions.