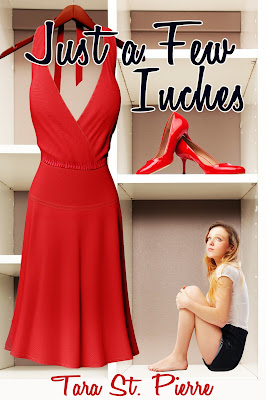 All Carrie Roberts wants is to be a little bit smaller.To fit into the perfect dress for the Valentine’s Day Dance. To look beautiful for her boyfriend, the school’s star basketball player. To keep his jealous ex-girlfriend, a rival cheerleader, away from him. And to be noticed by her classmates.Exercising and dieting don’t work, but an advertisement for weight loss pills promises a quicker solution to her problem. As time runs out, she takes more than the recommended dose until she’s just a few inches slimmer. Heads turn when she arrives at the dance, and the wonderful night with her boyfriend is beyond what she dreamed it would be.Days later, Carrie discovers that her body is changing in ways that should be impossible. While her doctor searches for a cure, she desperately turns to her friends and family for support. Everyone is noticing her now whether she likes it or not, and even the media is intrigued by her incredible story. Getting everything she once wanted has created new problems—problems that are growing more terrifying every day.Because Carrie Roberts is shrinking.- - - - - "Just a Few Inches" is a Young Adult novel that deals with issues of body image, self-esteem, and teenage relationships. It is intended for readers age 13 and up.

I looked up at Todd’s chin, which had always fit securely atop my head. It was a special part of our relationship, and that night, I’d have done anything to keep our relationship.


“Let’s go to your place, like we had planned.”


Before long, we were in his living room eating a pizza we had grabbed on the way there. I wasn’t hungry, and I nibbled on one slice while he wolfed down five. As I sat back and sank into the high sofa, my feet didn’t touch the ground—a sensation I wasn’t accustomed to yet.


When he finished eating, he dimmed the lights. If I had been thinking clearly, I would have realized he was setting a certain mood.


He put his arm around me. “Aren’t you gonna tell me what’s wrong?”


“I’m shrinking.” I leaned against his shoulder. “I’m seeing a specialist tomorrow.”


I knew I had to say something, but I wasn’t sure if I wanted to start from the beginning. If I told him I took the pills to fit in a dress because I suspected Janelle was trying to steal him away from me, he’d probably think I was crazy. And then even crazier if he knew I tried to cover it up while hoping it was only a temporary thing. But the reason that spilled out of my mouth was that I was afraid he wouldn’t like me anymore.


“These are my little stepsister’s clothes.”


He stood and looked down at me. “You look great.”


“You’re, like, more than a foot taller than me now. Talk about lopsided.”


“But I can’t be your custom-sized chin rest.”


“You think I’d dump you for that?” He reached over to put his arm around me but gently set it atop my head. “Besides, now you can be my custom-sized arm rest, Shorter-Stuff.”


I knew he was only trying to make a joke, but it wasn’t funny. I turned away and folded my arms, but he wrapped his arms around me from behind and held me close to him. “Will this make you feel better?”


When his chin touched down atop my head, I giggled, imagining him hunched over behind me. “A little,” I replied.


“You look kinda cute shorter.” He squeezed me a little tighter. “Like you need someone big and strong like me to protect you.”


I laughed out loud, perhaps the first time I had since I discovered what was happening to me. Todd was great. I didn’t want to let go of him.


He turned me to face him and then bent down further to kiss me. I strained my neck in the process, but it was worth it. It was our first real kiss since the dance, and his lips felt drastically different. They were bigger—well, mine were smaller—and they surrounded mine, but I enjoyed the sensation. 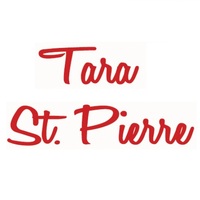 Tara St. Pierre has been writing for over two decades, but her muse only sporadically provides inspiration. Her laptop is filled with incomplete manuscripts and other plot outlines, and she feels blessed when one finally pushes its way through to completion--no matter how long it takes!She enjoys classic science fiction movies and television shows. When driving, she sings along with the radio loudly and off key. She prefers tea over coffee, spring over autumn, vanilla ice cream over chocolate, and caramel over hot fudge. Though she lives by herself, one of her two cats enjoys cuddling with her.

GIVEAWAY:
a Rafflecopter giveaway
Posted by 3 Partners in Shopping at 10:51 PM