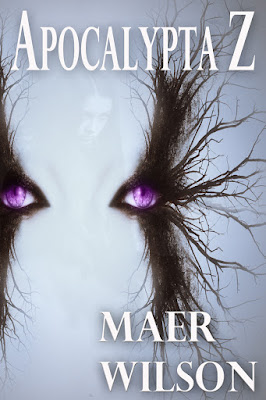 First - meteors. Now - zombies. Ninety-nine percent of humans and animals have become zombified, leaving the rest scrambling to survive. Maddie Worthing and Nick Stanton are among the few not infected. They’re gathering survivors and doing what they can to preserve life in their isolated desert town. Joined by the remaining townspeople and a few scientists, they search for a way to make it through the apocalypse.

The key to humanity’s continued existence may lie within the mystery surrounding Maddie’s puppy. But they need to survive the roving gangs, crazy scientists and troublemakers within their own ranks in order to discover it. "Not since World War Z have zombies been presented in such a unique light. Give Wilson some props, and her little dog too." Danielle DeVor, Author of Sorrow’s Point

An eerie keening shattered the morning air: the apocalypse had begun.
Of course Maddie Worthing didn’t know that. She just thought her dogs had to pee.
She slowed the car and darted glances at the empty desert to see what else could have set her dogs off. She saw exactly what she’d seen for the last two hours along the two-lane highway – nothing. She didn’t see the white raven fly ahead of her to the east.
“Damn it girls, settle down,” she yelled over their ear-splitting howls. “You scared the hell out of me. Inside voices!” She rolled the windows down a little, hoping the wind would settle them.
They were ten miles from the rest stop. She hated stopping only thirty minutes from home, but the dogs continued to whine, although much softer than before.
Minutes later, Maddie pulled into the rest stop. She flexed her fingers as she released them from the wheel. The arthritis and long drive were making them uncooperative. One car was parked nearby, but no one was around. Holding Cienna’s leash, she unfastened the small poodle from her car seat and crawled into the back to do the same for Chloe.
But Cienna pulled her leash from Maddie’s cramped fingers and shot out of the car.
Maddie moved fast, shutting the car door with Chloe inside. She ran after the puppy as fast as being slightly overweight and no longer young would allow. The fear for Cienna triggered adrenalin which helped.
Exasperated with Cienna for running off and with herself for her hands that didn’t work as well as when she was younger, she called Cienna as she headed toward the bushes behind the restrooms. There was an odd smell in the air, but Maddie wrote it off; it was a rest stop after all.
“Cienna, you better get your butt back here right now or you will live in the corner for the next year!” Maddie’s voice reflected her fear that the puppy would run toward the highway. She continued toward the bushes where the puppy had disappeared. Finding a long stick, she used it to prod into the underbrush, calling for Cienna all the while.
The pup had a habit of running under bushes. She’d done the same thing at home on their large lot. So Cienna went into in a pen when she was outside. That stopped the dog from disappearing into the low hanging branches of the mesquite trees for hours. Cienna had not mastered “Come here” very well.
Maddie heard a sound behind her and turned to see three figures lurching from the restroom. She peered over her sunglasses in disbelief. They were dressed nicely enough, but their clothes had been ripped as if they had been in a horrible accident. One had blood dripping down the side of her face. Another had his head caved in on one side with strange growths, almost like small antlers, on the other. Maddie looked around for cameras. Had she stumbled onto one of those prank shows, maybe? Or a zombie movie set?
If so, it must have been a B movie. The makeup on these people was not very realistic. The blood looked rather thin as it trickled down their faces, but there was certainly enough gore. A man appeared to drag his intestines behind him. Maddie shook her head as she looked around again, forgetting to call for Cienna for a few seconds.
“Sorry if I stumbled onto your set,” she called to the figures approaching her. “I didn’t see any signs or anything.”
There was no answer as the figures came closer. Once they were only yards away, Maddie’s heart dropped into her stomach. That wasn’t makeup. Makeup didn’t have that god-awful smell. She made a few strangled mewling sounds before letting loose with a long scream. She threw the stick at the nearest figure and ran for the car, screaming for Cienna. 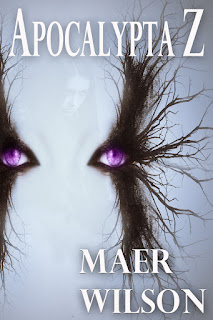 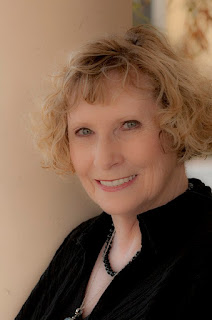 After a successful career being other people, and later teaching others the many tricks of that trade, Maer Wilson has decided to be herself for a while. Turns out she's a writer. She's always loved stories, especially fantasy, mystery and sci fi. Maer was born in the Year of the Dragon and has a dragon-themed room in her home, but sadly no dragons in the back yard. When she's not writing, Maer plays online video games, teaches college and reads. Maer is a partner in Ellysian Press, a small publishing house. She also co-hosts the literary podcast MythBehaving. Maer lives in the high desert of Southern Nevada with her three dogs, a chihuahua and two poodles.

Her books include Apocalypta Z and Relics, Portals, and Magics in the Modern Magics series. There are four prequel novelettes in the series - “Ghost Memory,” “Unwanted Ghost,”  “Ghost Dancer” and “Wedding Ghost.” A recently released box set includes all the novelettes plus a new story, “Lost Ghost.” You can find all Maer’s books and novelettes at Amazon and other online retailers.

For more info, you can visit Maer’s website at http://maerwilson.com/.