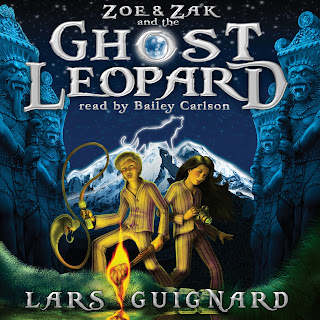 About the Book: Move over Percy Jackson. Find out what everybody is talking about! If you loved Harry Potter, if you couldn't get enough of Percy Jackson, if you're wondering what to read after The Mark of Athena -- from bestselling author Lars Guignard comes the kids' magic fantasy adventure... GHOST LEOPARD.

Zoe and Zak are lost in exotic India, where gods and magic still exist. Before they can find their way home, they just have to do one little thing... ...Save a mythical creature from an ancient evil that wants to rule the world. When Zoe Guire goes along on her mom's business trip to India, things get very weird, very quickly. An elephant god speaks to her from the bottom of a swimming pool... She and her classmate Zak get locked in a trunk and shipped off to a strange city near the foothills of the Himalayas... and a crazy snake charmer tells them they've been chosen to protect a mythical creature called the Ghost Leopard from an ancient evil that wants to take over the world. As they travel deeper into the majestic mountains known as the Realm of the Gods, things get even weirder. If she and Zak want to make it back to their parents, they're going to have to tap into powers they never knew existed. Because if they don't, things will never be the same for any of us ever again.


Book can be found at: Audible |  iTunes | Amazon  | GoodReads 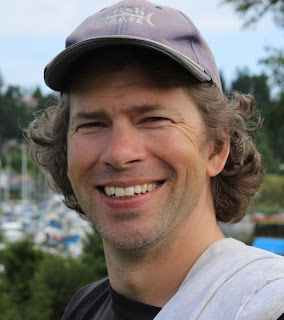 About the Author: Lars Guignard is a former film and television writer and a graduate of both McGill University and the American Film Institute in Los Angeles. His debut thriller novel, Lethal Circuit, has been an amazon top 100 Technothriller since its release. Guignard has wanted to write Indian stories for kids ever since he attended a boarding school in the majestic Himalayas. The time he spent in the “school above the clouds” affected him profoundly, and once he returned home to North America he was struck by the lack of children’s stories from India available in our culture. Since India is such an incredible country, he decided to write a series of action adventure books for young adults about India to introduce young readers to this magical, mystical land. So if you’re looking for a great book adventure for kids, try Ghost Leopard today!

My Review;
I am sure that any child girl or boy who listens to this story will be transported with Zoe and Zack to a faraway place filled with suspense. This was a great story that is filled with adventure and thrills. . There are some stories that children get bored reading very quickly or, find it too unbelievable. Anytime a child can be transported to any place and use their imagination is wonderful. I give this book a 5/5. I was given this book for the purpose of a review and all opinions are my own.

It is open worldwide


a Rafflecopter giveaway
Posted by 3 Partners in Shopping at 10:23 PM