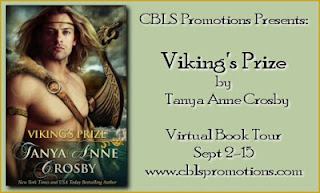 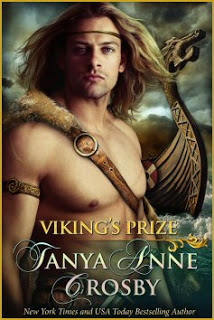 Kobo Description:
Cursed with the second sight, Elienor of Baume les Nonnes dares not reveal her prophetic dreams for fear of meeting her mother's fiery fate-- but in her dreams she spied the Norsemen who would storm Brouillard castle--and she she saw him, the fierce, golden-haired Viking who would claim her as his prize... Revenge brought Alarik Trygvason to the shores of the River Seine. Destiny gave him a dark-haired beauty with violet eyes. Beguiled by Elienor's strange dreams and her fiery spirit he can barely control the passions she arouses, body and soul... but in a land full of strife, he risks everything to love the woman whose dreams hold their future in thrall.

Warning: This title is intended for readers over the age of 18 as it contains adult sexual situations and/or adult language, and may be considered offensive to some readers.


Excerpt;
He nodded, apparently satisfied with her explanation, and reached for a slice of soft white cheese, surprising her by bringing it to her lips.


Elienor’s brows lifted. “You would feed me?” she asked, resisting the urge to snatch it whole into her mouth—and bite off his fingers in the process.


Alarik’s brow rose at her question. Retrieving the cheese, he tore off a modest bite for himself, popping it in his mouth. “Unless, of course, you’re not hungry?”


Elienor was, but she wasn’t about to beg for her supper. Let him eat it all if he would. She watched him chew, fascinated by the strength in his jaw... his lips... the way they appeared... so soft... and yet so hard. Her fingers went to her own lips, her brows drawing together, and then catching herself, she startled.


Forsooth, what did he want of her? That she would forget all that had passed between them in the space of an afternoon? Hardly possible.


Seeing her chin jut forward stubbornly, Alarik decided to cease with the jesting lest she starve over her stubbornness—he had not missed the confusion in her face when she’d watched him eat. The way she’d touched her own lips as she’d contemplated his sent talons of desire clawing through him. He held the cheese out once more. “A peace offering,” he suggested.


“Peace?” Elienor retorted. “Betwixt us?” Just to make certain there was no confusion as to whom she meant, she gestured between the two of them, her expression clearly disbelieving.


“Aye. I would say it was in your best interest,” he apprised.


“Mine? Since when do you trouble yourself with my best interest, my lord?”


Not my lord Viking?


Alarik grinned, feeling a small victory at the concession.


His pewter-gray eyes assessed her and a quiver swept down Elienor’s spine, though she managed an indifferent shrug though she was anything but unaffected. He had a way of looking at her that disconcerted at best. He offered the cheese again and she eyed the morsel malevolently.


“You feed all your captives this way?”


“All?” His gaze dropped from her eyes to her shoulders, to the cheese... or at least Elienor assumed it was the cheese. Something about the hunger in his eyes seemed more than just a bit carnal. “No.”


She crossed her arms, rubbing them as though to erase the gooseflesh that prickled her, and sensing that her stomach was about to betray her again, she indignantly swiped the cheese from his fingers and fought the urge to shove the tiny bite into her mouth.


“The truth is, Elienor, I keep no thralls.”


“Thralls?” Involuntarily her eyes returned to his lips. As she stared something fluttered deep within the pit of her belly.


His eyes glittered with amusement. “In your tongue… slaves.”


“I see,” Elienor said stiffly, her gaze affixed to his face as she nibbled from the cheese in her hand. “So then, what, pray tell, am I?”


Alarik’s half-grin faded, for he found himself suddenly at a loss.


What was she, indeed? 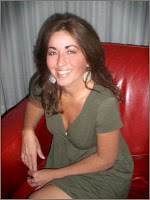 Tanya has written seventeen novels, all of which have graced numerous bestseller lists including the New York Times and USA Today. Best known for stories charged with emotion and humor, and filled with flawed characters, her novels have garnered reader praise and glowing critical reviews. She lives with her husband, two dogs and two cats in northern Michigan.