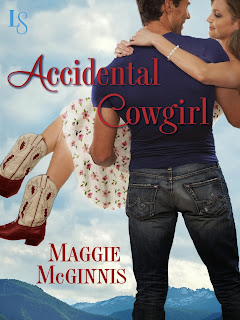 Pick Me! Pick Me!


Thanks so much for hosting me today! I’m thrilled to be here!


Before I started writing seriously, I used to listen to authors talk about how their characters would take over their books. I was mystified. You’re the author, I’d think. How in the world did you not know what this character was going to do? She’s a figment of your imagination! You created her! You OWN her, for goodness sake!


In every single book I’ve written, I have a slate of characters I plan to work into the mix. Some have starring roles, some are the JV players, and some are barely supposed to appear. However, there’s always at least one character who was on that JV-B team, but something happens along the way and that plan goes out the window. I never know who’s going to “play up” until I’m well into the book.


In this book, Ma and Roscoe were those characters. Originally, I figured Roscoe would pull Kyla over in Chapter 1 and we’d never see him again. Needless to say, it didn’t happen. Ma, on the other hand, was going to be the strong, capable, quiet-ish woman-in-the-background while everyone else took center stage.


Again, ha. I completely fell in love with this woman once she started talking to her boys. She’s tough as sun-baked leather, but her love for her sons is squishy, bone-deep and powerful. If I needed a second mom, she’d totally be in the running. However, I’d never ever want to get on her bad side. (Hot sauce, anyone?)


Yes, I felt pretty smug way back then, sitting at my first RWA meeting, wondering how these seemingly-perfectly normal women had lost complete and utter control of their own books to characters of their own imaginations. That would never happen to me, I vowed.


On the other hand, I can see a certain advantage to it. If someone ends up not caring for one of my characters someday, now I can shrug and say, “Not my fault! He just appeared! Took right over, I tell ya!”


How about you? What’s your favorite kind of secondary character? 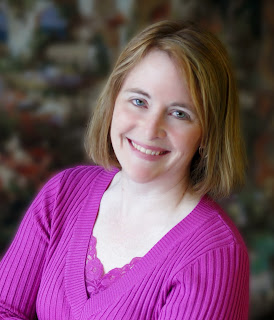 Blurb
In her Loveswept debut, Maggie McGinnis tells the tale of a city girl who’s running on fumes—and the cowboy who shows her all the good things she’s been missing. After being betrayed by her con man ex-fiancé, Kyla Bennett nurses a broken heart. But Kyla's friends have other ideas and when they whisk her off to Whisper Creek, a dude ranch staffed by cowboys so hot they dim the Montana sunset, all Kyla wants to do is hide under a quilt. Then in rides Decker Driscoll. He’s hauling about as much emotional baggage as Kyla, but when he stands close by, both of them want to stay close—and begin to succumb to an undeniable attraction. After experiencing personal tragedy, Decker never thought he’d see Big Sky country again. But now that his family's Whisper Creek property is in deep with a Vegas gambler, Decker’s back for the summer—and spending all his time running from “cowgirls” who come to the dude ranch to score some dudes. Then he meets Kyla, a kindred spirit who brings on a stampede of protective feelings . . . and a powerful hankering to sear her with a new brand of love.

Maggie McGinnis is the author of Driving Without a License, which was a finalist for Romance Writers of America’s Golden Heart award. A former high school English teacher, an accomplished musician, and a certified black belt, she lives in New England with her family.