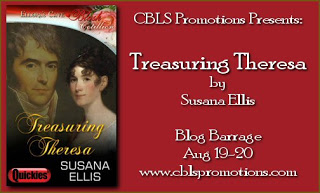 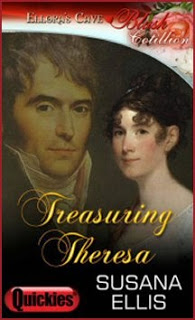 
At the betrothal ball of the man she had expected to marry herself, Lady Theresa latches on to Damian Ashby, hoping to divert attention from her own humiliating situation. Of course, she's not seriously interested because he's a useless London fribble, in her opinion. He is not favorably impressed with her either.


Still, she's the daughter of an earl, and he's the heir to her father's title and estate, so they are destined to spend more time in each other's company…sooner rather than later. And who knew that the two of them would develop an unlikely attraction to one another?


But can a London swell and a country lady ever make their diverse lives and interests work together?


Damian Ashby, Viscount Clinton, looked down upon the festive ballroom with a critical eye as he waited in the reception line. Greek statues and scrolled Ionic columns, along with draperies of white and gold and a profusion of candelabras wrapped in ivy, trumpeted the classical theme. A brief survey of the guests confirmed his suspicion that the Sedgelys did not socialize in the first circles of the ton. Except for his cousin, the Earl of Granville, whose heir he was and at whose behest he had deigned to attend, Damian himself appeared to be the highest ranked in attendance.


And frankly, he’d rather be indulging in an intimate dinner and sensual dessert with his mistress than attending a provincial betrothal ball held for two people he’d never met.


“Charmed, I’m sure” he said disdainfully as he greeted his hosts. The pudgy Mr. Sedgely, a banker, and his horse-faced wife, second cousin to a baron, socialized on the fringes of theton, which is why he’d never encountered them previously.


The balding gentleman waiting to greet him on the next step down introduced himself as Squire Bromfield, father of the bridegroom. “So good of you to come,” he boomed, “considering I’ll be your neighbor one day. Or at least my son will, if I’ve shoved off by then.”


“Indeed,” Damian replied, shuddering inwardly at the thought of socializing with such boorish people. After he inherited, he planned to reside at Granville Manor for one week annually during the hunting season. The rest of the year it would be left under the management of a capable steward while he continued to enjoy the pleasures of civilized society in London.


He was calculating the most direct path to the card room when a young lady pounced on him.


“Why, I do believe it’s Cousin Damian! How delightful to see you again!”


She was passably pretty, he thought, although her marine-blue gown was not in the first stare of fashion. He could find no fault with her small waist and full breasts, although he personally preferred a more voluptuous figure. Her hair was too dark a blonde to be in vogue, and the simple chignon indicated that she had arranged it herself without the assistance of a maid. But it was her tantalizing eyes that drew his attention—a deep cerulean blue that reminded him of the Adriatic Sea and a pleasurable interlude on a beach with a sultry Greek barmaid during his European tour a few years ago.


She swatted his arm with her fan.


“You don’t remember me, do you, Cousin Damian? It has been an age since your visit to Granville at Christmastime. It was five or six years, perhaps, but I still had no trouble recognizing you!”


His memory yielded the image of a younger version of the girl before him. Barely out of adolescence, she’d been as provincial as the others in the tedious party.


“Lady Theresa,” he said. “How delightful to see you again!”


“Cousin Theresa,” she insisted. “Strict propriety need not be followed among relations, you know.”


“Although a high-stickler would point out our blood relationship is somewhat diluted,” he reminded her, “our grandfathers being merely cousins and all.”


She grinned. “Isn’t it fortunate there are no high-sticklers here?”


The first notes of a waltz were struck. “What luck!” she said, pulling him onto the dance floor. “Come dance with me, Cousin Damian. I do so adore waltzes!”


He could have—should have—cut her for her impertinence. If he’d been ambushed in such a manner by any other young lady at a ton ball, she’d have been dealt a severe set-down. But among a roomful of provincials, Lady Theresa, as the daughter of an earl, outranked everyone except her father and himself. And seeing as she was the one who would be displaced when he inherited her father’s estate, he decided to ignore her lapse in manners. More or less.


“How fortunate that we both have this dance available,” he said with a hint of reproof.


“Oh la,” she said. “I don’t have so many partners that I must write down their names. And you just arrived,” she said with a triumphant smile.


A country bumpkin, thought Damian in disgust. Bruiting about her own unpopularity so candidly. She would be a pariah at any civilized ball.


She danced surprisingly well for a country girl, he thought as they whirled around the room. She felt good in his arms and the scent of her hair wafted up to his nose. Lavender.


Her astonishing eyes peered up at him, sparkling with interest. Oh no, he groaned inwardly. Here it comes.


“You are easily the most refined gentleman here,” she gushed. “Your apparel outshines even Reese’s, and he is the guest of honor.” Seeing his puzzled look, she explained. “Reese Bromfield, Squire Bromfield’s son. The husband-to-be.” She nodded toward a hulky blond man dancing with a pretty redhead. “That’s Eugenia Sedgely, his fiancée.”


Was it only his imagination that her voice shook slightly when she said that last word? 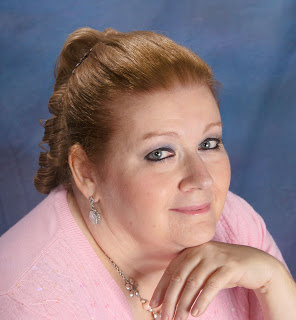 
A former teacher, Susana is finally living her dream of being a full-time writer. She loves all genres of romance, but historical—Regency in particular—is her favorite. There’s just something about dashing heroes and spunky heroines waltzing in ballrooms and driving through Hyde Park that appeals to her imagination.


In real life, Susana is a lifelong resident of northwest Ohio, although she has lived in Ecuador and studied in Spain, France and Mexico. More recently, she was able to travel around England and visit many of the places she’s read about for years, and it was awesome! She is a member of the Maumee Valley and Beau Monde chapters of Romance Writers of America.

a Rafflecopter giveaway
Posted by 3 Partners in Shopping at 9:31 PM