Blurb
It may be summer, but schoolteacher Anna Silver’s trip to the coastal town of Bamfield is anything but a vacation. She’s on the run, desperate to stay one step ahead of her father’s

murderer and determined to track down the one man she’s been told to trust: her father’s old cell mate, Brent Carver. But when she finds him, she discovers not a kind, elderly artist but a dangerously hot alpha male with blood on his hands.

Loyal to the core, Brent would never turn away his friend’s daughter when she comes seeking help. He can’t deny Anna his protection…just as he can’t deny the instantaneous attraction he struggles to keep in check. But as their passion blazes out of control, a sadistic killer is on the hunt to stop Anna from uncovering his dark secrets. 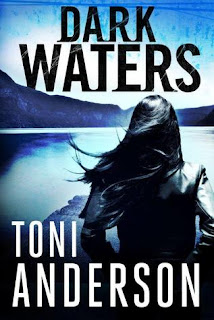 
He grabbed her by the shoulders and forced her across his threshold. “You want to meet Brent? I’ll take you to him.” Her eyes were so huge with fear she looked like she’d been electrocuted. But she’d come to him, she had to play by his rules.