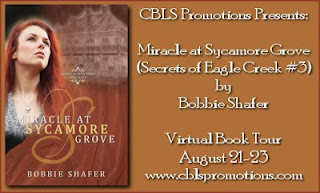 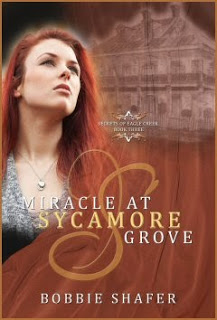 
Virginia Cash is a young mother of two small children and lives in a small apartment above a New York diner where she works as a waitress on the midnight shift. Virginia has just been informed that her husband, Wylie, is missing in action during a medical rescue north of the 38th parallel line in Korea.


When Clayton Wilkens and his wife stop in for a burger during a traffic jam on their way to Puerto Rico where they plan to retire, they realize that Virginia is the perfect candidate to take over Eagle Creek Manor and raise her children.


Ginny, as she’s known to her friends, asks Edna Taylor, her best friend and babysitter, to move with her to the manor to help the relocation for her and the children, 6 year old Donny and 5 year old Anna Marie.


Once they arrive and are greeted by Peter Clark, the local banker and member of Eagle Creek Management, unusual events take place. Ginny is offered a job at the Chase Hotel by Michael Chase, great grandson of Aimee McKay, builder of Eagle Creek Manor. When someone breaks into Eagle Creek Manor, the family dog digs up a human bone and a young girl goes missing in Sycamore Grove, Ginny begins to wonder if the move to Eagle Creek was a smart one.


When Rosa, the housekeeper, informs Ginny and Edna that young girls have disappeared from the area for quite some time, the new occupants of Eagle Creek Manor, set out to solve the mystery and bring peace of mind to the residents of Sycamore Grove and Eagle Creek.


Ginny and her best friend discover there are several popular residents with shady and questionable pasts. When Edna and Ginny start putting the pieces of the puzzle together, they are shocked at the results.


A demanding and obsessive mother has warped her son’s mind and when his father commits suicide, the man tumbles over the edge of sanity. Now Ginny and Edna are in his sights. The fear of discovery snaps what’s left of his mind, and he sets out to remove those responsible for his concern -- Virginia and Edna.


Can a New York waitress and young mother, along with a middle-aged, retired librarian survive the madness of a warped mind, or will the move to Eagle Creek destroy Ginny’s world and take Edna’s life? 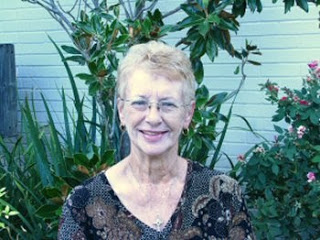 
Bobbie Shafer is the author of three adult novels and two YA novels, as well as having over 300 articles published in various magazines. She is a member of the East Texas Writers' Guild and The Writing Warriors critique group. Bobbie is also a valued member of the Dancing With Bear Publishing team, where she is the acquisitions editor, editor, and CEO.


Besides writing, Bobbie enjoys raising miniature horses, donkeys, goats, rabbits, and chickens, and all the while keeping her house and husband happy. She lives just outside of Troup, Texas, with her husband, Gordon. She has four children, Connie Congleton, Kim Fields, Cary Waterhouse, and Kelly Waterhouse. She also has three grandchildren, Kandice and Josh Fields, and Nellie Waterhouse; and one great-granddaughter, Falon.


Twitter - https://twitter.com/BobbieShafer
Prize is 1 copy of Dancing With Bear Publishing's Halloween Anthology and their Valentine's Day Anthology. Contest is tour-wide, open internationally and ends Aug 24. Must be 18 years of age or older to enter.
a Rafflecopter giveaway
http://www.cblspromotions.com/2013/08/booktour-miracle-at-sycamore-grove.html