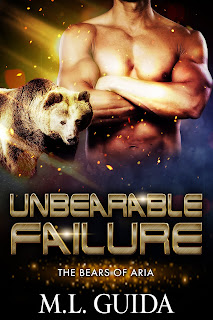 Tagline: He’s on a mission that could destroy his family, but he has to learn the truth. Only his mate is willing to stand by his side.

Vaughn: I won’t rest until I find out the truth.
No matter what––even if it disgraces my father.

Rumors are floating around that my father a decorated captain abandoned his crew on the cruel planet Sutois to save his own skin.

I can’t believe it’s true. He isn’t a selfish coward. Or is he?

But I have another problem. Our women are dying on Aria and we don’t know why.

An Earth woman may have the cure, but she won’t hand it over.

I don’t like kidnapping, but she leaves me no choice.

And she’s my mate.

Sandra Rotella:  Everyone thinks I’m a failure. I’m here to prove them wrong.

My mom and stepfather are respected scientists and so far, none of my experiments have worked.

This is my chance to prove I’m as good as my parents.

An alien is desperate for the formula, desperate enough to kidnap me.

And he tells me we’re fated to be together.

That isn’t logical. He can’t take away my only chance for success.

I’ll fight to get back home.

Vaughn, the Intrepid’s science officer, reviewed documents on the ship’s computer of his father’s mission on Sutois and there wasn’t a shred of evidence that his father had abandoned his crew on that cruel planet.
The screen turned blurry. He rubbed his tired eyes and exhaled a frustrated breath. He hadn’t had a good night sleep since that day Nucl had accused his father of being a coward.
The door to his quarters buzzed open. Dread crawled up Vaughn’s dry throat.
His older brother and captain, Tash, stormed inside with a scowl. His green eyes were dark and the scar on his throbbing cheek was white. “Why do you have your damn intercom turned off? I’ve been trying to reach you.” His voice was less than pleased, meaning Vaughn was at the bottom of the food chain.
Heat burned on Vaughn’s cheeks and his ears. He immediately turned off his computer. “I’ve been doing research.”
Tash crossed his arms over his chest. “Still trying to prove that Dad was a yellow-bellied coward?”
His gut tightened. “No. Not at all.”
“Then why do you insist on believing Nucl?” He spun his computer and turned on the screen to reveal the last page Vaughn had been reviewing.
Vaughn winced and avoided his brother’s accusing gaze.
“Dad was a well-respected star ship captain for the United Planet Confederation.” He pounded his fist on the table. “He’s an admiral, for Shade’s sake.”
“I realize that Tash, but I need to know. I can’t stop thinking about it.”
His brother’s eyes clouded over, and he turned away. “Then, you’re a fool. Nucl was completely mad. He betrayed his own people on Sutois. Feeding our people to the Gogs.”
Nucl’s betrayal had ripped his brother apart, making him doubt his ability to be captain.
Vaughn wanted to believe him, but the hair on the back of his neck itched and cold chills crept down his back. Insanity was just too easy to accept. “Tash, there was nothing you could do.” Vaughn could still remember the screams, the horror, the constant death, and he shuddered.
Tash cast him a lost look, then hung his head. “Dad would have a found a way. I was the captain. I should have way to save my crew.”
Tash never thought he could live up to their dad’s reputation, but he was a better captain than their father had been. “You did everything you could do.”

Award Winning Author M.L. Guida loves science fiction and the paranormal. From Star Trek to Dark Shadows to Supernatural, she fell in love with things that go bump in the night. But it was the heroes, she loved the best. Whether it's a shape shifter from outer space or a vampire from the past, her wounded heroes always find a way to win the heart of the heroine. 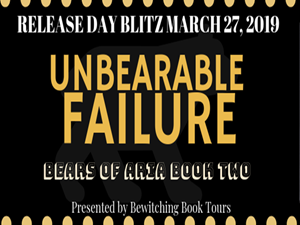