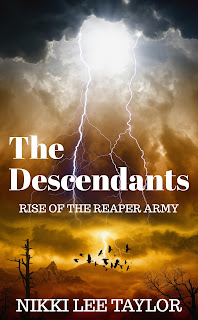 Tagline: Can they save our world from becoming Hell on Earth?

When the apex predators of the forest begin acting strange, former Army Captain Gabriel Stone knows something is wrong. Change is all around. He can sense it in the earth and feel it in on the wind. Something is coming…

After being attacked by a vampire, Gabriel thinks his 'life' is over. Alone, confused and with no choice other than to hide out, alone in an old forest cabin, Gabriel has sworn to find and kill the creature that changed him. But when the hunt leads him to an old farmhouse and he encounters the fiery, beautiful and headstrong Aurora, Gabriel's world is turned upside down as he quickly realises not everything is as it seems.

Aurora is a Descendant, the daughter of a vampire father and Amazon warrior mother. She is strong, beautiful and has a special connection to the earth and its creatures. After spending a lifetime hunting the monsters that killed her parents, Aurora has all but given up - until she meets Gabriel, who is tortured, angry and out for revenge. But despite his flaws, Aurora knows he is the key to everything she has been searching for - if they don't kill each other first.

With a story that highlights the beauty and importance of preserving of our natural world, The Descendants - Rise of the Reaper Army tells the age-old story of good versus evil, while highlighting the frightening impacts our modern society is having on the planet, as Gabriel and Aurora fight to save our world from becoming Hell on Earth. 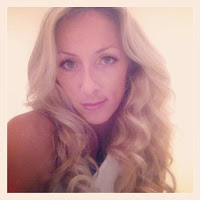 Nikki Lee Taylor is the author of The Descendants, a five-book paranormal romance series. She wrote her first book in crayon at the age of four and later became a news journalist. Rise of the Reaper Army is her debut novel.
She lives in NSW, Australia and you can visit her online at 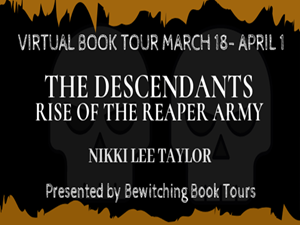