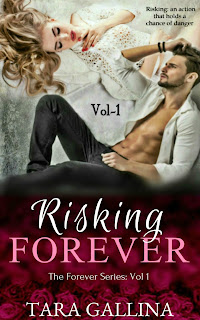 Tagline: Wanting him would be wrong, tempting him even worse. But falling for him could cost her everything she's ever wanted and everyone she's ever known.

My best friend has been obsessed with Sebastian since our freshman year in college. She wants him to herself, which is fine by me. He's a paycheck, a means to an end goal. He's temporary. But he's also tempting—the way he looks at me, the things he says, the way he touches me… If I'm not careful, I might do something I'll regret. ~ Ainsley Belle

At twenty, Ainsley knows it's time to follow her own dreams and not the future her mother planned for her—a future she never wanted. Losing her job couldn't have come at a worse time.

Sebastian Gianni isn’t the ideal boss, but he has a position to fill and Ainsley is desperate. The sexy twenty-two year comes from money, owns a successful business, and graduates from college in three months. He has his life together in a way Ainsley could only dream.

No wonder her best friend is obsessed with dating him. Even his ex-girlfriend is determined to get him back, although threatening him seems like the wrong approach. Ainsley would be a fool to fall for the guy, too.

By no means, should she trust him. He has more secrets than anyone she knows, which makes her wonder if the mafia rumors about him are true. It doesn't matter that he's a good listener, and sweet and protective at times. That playful flirty side he shares with her alone means nothing. Right?

When a kiss turns into a secret romance neither can give up, Ainsley learns the truth about Sebastian's corrupt family and why his ex-girlfriend won't go away. A future together is near impossible and comes with a risk that could get them both killed—or give them everything they've ever wanted.

I straighten and rub my now clammy palms on my jeans. "I should go find Harper before she finds me and gets pissed again." I stand.
Sebastian does too. "Pissed again?"
"She might have thought I was hitting on you in the pantry. She thought you were hitting on me too and then got mad because she likes you. But now we know you're engaged, so she's dealing and moving on."
He scratches his chin. "Is Harper the girl in the silver dress?"
"Yes! You noticed her?" Of course he did.
He takes his empty beer bottle into the kitchenette and tosses it into the trash. "It was hard not to. She was yelling at you when I was holding you in the kitchen."
Holding me? He doesn't mean it in the way I wish he did. No. I don’t wish that. He's engaged and if he weren't, Harper would be after him. Besides, I'm trying to get a job with him. I can't crush on my boss.
I stroll to the railing but stop at the top of the stairs. "Are we going to settle this job thing tonight, or do you want to do a formal interview at your office in the bad part of town?"
"You remembered." His face lights up. He strolls toward me, his gaze pinning me in place.
I feel frozen, excited, and lightheaded. It could be the wild drumming of my heart. I'm surprised my shirt isn't thumping. I've heard about stares like this, read about them in Harper's romance novels, but I've never been on the receiving end.
He stops close and peers down at me—at my lips. His citrus scent invades my senses and my body reacts with desire. From his cologne? He's so tall, cocooning me in a way I like but shouldn't.
"Do I have the job?" I ask, my voice a breathy mess.
"Do you want the job?" The way he says it makes me think he's asking if I want him. It could be my mind playing tricks on me or the way he keeps staring at my lips.
"Yes," I whisper, wondering what I just admitted to—or what he thinks I admitted to. I'm deranged, delusional.
He touches a strand of my hair. "This is the first thing I noticed about you when you tried to hit me with the door."
"Tried? It was an accident."
"Are you sure you didn't do it on purpose?"
"I didn't know you were there. How could I?"
"Girls do interesting things to try to meet me."
"Not this girl." I lean away, pissed but mostly shocked. "Guys do interesting things too, like putting their arms around a girl who's only in her bra and not letting her go. What's your excuse?"
His Adam's apple bobs deep in his throat. He twirls the golden strand around his pointer finger. "Do you want the truth?"
"Yes."
"I didn't want anyone else to see you. I wanted you all to myself, and I wanted to know what you'd feel like in my arms. I didn't plan it any more than you planned to strip but you did, and I reacted."


Whoa. My throat dries with a breath or is it a sigh? I force my mouth closed and try not to wobble on my suddenly weak legs. Did I hear him correctly or did my brain derail into fantasy mode? It takes me a moment to gather my thoughts. I blurt the first idiotic one that pops into my head. "Aren't you engaged?"

RISKING FOREVER is a serial novel and one of three installments in the Forever Series. The story is continuous and meant to be read in sequential order. The average length of each book is around 200 pages in paperback and can be read in a few hours or less. For this reason, I've heard them referred to as lunchtime reads. 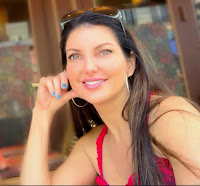 Tara Gallina grew up breathing the salty air in a small town near Clearwater Beach, Florida. The sun and sand were her playground, bathing suits and jean shorts her go-to wear.

After moving to Orlando, FL with her hubs, she left the workforce to enjoy motherhood and rekindled her love of writing. While romance is one of her favorite genres, she writes young and new adult and has a soft spot for retellings.

She has two furry writing companions who often steal her seat when she's working: a mini shih-poo named Bella, and an exotic cat named Tigerlily but who answers to Kitty because the menfolk in the house like it better. Speaking of kitties, she is obsessed with Hello Kitty, has a pink office, thinks everything is better with sparkles, freezes in temperatures below seventy, and is happiest when visiting local hotspots like Disney World or Harry Potter with her family. 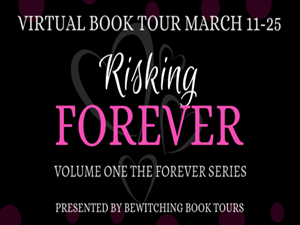 a Rafflecopter giveaway
Posted by 3 Partners in Shopping at 8:12 PM