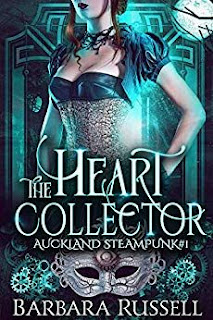 Tagline: She can read people’s feelings, except for the man who has collected her heart

Auckland, 1884. The Supernaturals are frightened. Despite being able to do extraordinary things like teleporting or lighting a fire with a stare, a serial killer, the Heart Collector, is slaughtering them. He rips their chests open and removes their hearts.

While other aristocratic, nineteen-year-old girls spend time dancing, Isabel trains hard to become an MI7 agent—Military Intelligence Seventh Division, a crime squad run by Supernaturals. The Heart Collector murdered her best friend, and enrolling at MI7 is the best way to help catch the killer.

Isabel senses other people’s feelings as if they were her owns. But MI7’s leader is too worried about Isabel’s safety to let her join the team.

Eager to prove that her power is valuable, Isabel volunteers to meet Murk, a dangerous Supernatural man who can turn himself invisible. MI7 desperately tried to recruit him and failed.

She believes that her power is enough to convince Murk to become an MI7’s agent and help apprehend the Heart Collector. If he wants to attack her, his feelings will broadcast his intention, and she’ll be ready.

What Isabel isn’t ready for is to fall in love with the man who will collect her heart.

One of the perks of being a duchess and the lady of Hastings Manor was that I could make my own decisions.
Most of the time.
I bunched a corner of my long brocade skirt and climbed the sweeping stairs toward Victor’s office. The bustle, heavy with satin ribbons, bounced lightly, tapping on the small of my back.
On the landing, one of the little cleaning machines that roamed the house trotted around, buzzing as its brushes dusted the white marble floor. A puff of steam trailed behind it while its wheels and pistons whirred. I strode on, the star-bright tiles sparkling under my velvet slippers.
The butler bowed stiffly, carrying a tray with tea and cakes that smelled of cinnamon. “Your Grace.” He stepped aside to let me pass.
“Hollom.” My heels’ click-clacking noise died down on the blue rug covering the entrance in front of Victor’s office.
I raised my fist to knock but stopped inches away from the gleaming, polished oak wood, needing a moment to collect myself. Victor had to see reason. Convincing him that my role in the investigation was vital wouldn’t be easy, but I was nineteen and properly trained in combat. More or less. The point was, I could face danger.
My resolve wavered, and I bit the inside of my cheek. On light feet, I turned and slid inside my late father’s personal library. Victor’s supernatural hearing wouldn’t catch me in the room protected by thick walls, and the old leather-bound volumes calmed my nerves.
I cleared my throat before rehashing my speech. “Victor, you’re the leader of Military Intelligence Seven, but as Duchess of Sussex, I have the right to  . . .” I shook my head. This sounded patronizing. I took a deep breath to slow my pounding heart, glad that I wasn’t wearing a corset. Another perk of being a duchess.
I squared my shoulders. A wrong word and Victor would dismiss me. “Victor, I kindly request… would you… I would appreciate if you assign me to the ongoing investigation on the Heart Collector, since I believe my skills can be an asset.” There. Simple, polite, and to the point.
I jutted out my chin and smoothed my bodice. I should’ve worn my dark green dress. It made me look taller and older. This blue gown gave me a childish air with its velvet ribbons and budding roses.
Too late.
After another deep inhalation, I marched toward Victor’s office again and knocked on the door.
“Come in.” The thick door muffled his deep voice.
I wiped my sweaty hand on my skirt before turning the handle and stepping into the office that had once belonged to my father. Victor and his younger brother Jamie stood up from their stuffed chairs and bowed.
“Good morning, Victor, Jamie.”
After the dimly lit corridor, the sunlight streaming from the floor-to-ceiling window blinded me, and I squinted, closing the door behind me.
I walked to the desk that occupied almost half of the room, keeping my eyes on Victor’s frowning face. “I need to talk to you.”
Victor stretched out an arm, indicating the empty chairs. His serious expression added wisdom to his five and twenty years. “Of course, Isabel. Please, sit.”
I perched on the very edge of the chair and set my back straight to not crush my bustle. Victor sat at his desk while Jamie settled himself next to the fireplace.
“Is something the matter?” Jamie leaned forward, his blond hair swishing about his cheeks. “You are pale.”
I faced him. “Well, I—” A dark blue bruise marked his chin, his bottom lip was split, and a fresh cut marred his forehead. “What happened to you?”
Jamie clenched and unclenched his fists. “My encounter with one of the Supernaturals we’re trying to recruit didn’t end well.”
I focused on Jamie, unleashed my power, and reached out for his feelings. A rush of energy flooded me, and heat warmed my chest. His anger, annoyance, and humiliation washed over me. Physical pain stabbed him as well. I gently prodded his body with my mental strength. His ribs hurt, and a cut on his back throbbed. His feelings left the sour taste of unripe grapes in my mouth.
I swallowed. “This Supernatural must be particularly strong to hurt you.”
Jamie stroked his bruised skin. A new wave of mortification surged from him. “He is moderately strong.”
Moderately strong? Jamie could bend iron bars with two fingers and lift twenty times his weight. How strong was this Supernatural?
Victor shifted his gaze to me. “What did you want to talk to me about?”
“Exactly about this.” I nodded toward Jamie. “This Supernatural you want to recruit for the investigation on the Heart Collector.”
Victor knitted his blond eyebrows in the same way Jamie would. “You don’t have to concern yourself with that. Jamie will soon make another attempt to meet this Supernatural.”
“But.” I paused to read Victor’s feelings. His determination and mild exasperation reached me. It wasn’t a good start, but maybe my speech would convince him. “I would like you to allow me . . . I mean, to assign me to this mission since I request, kindly, I request kindly, that it would be me, myself, to do it.” Damn. So much for rehashing. I clasped my hands in my lap not to show how much they trembled. “I’d like it to be me.” I swallowed. If I weren’t so eager to get the job, I’d laugh at Victor’s scrunched face.
I searched his feelings again. Even without my supernatural empathetic power, the hard set of his jaw and his narrowed icy blue eyes told me he wasn’t pleased. I cleared my throat. “I want to meet this Supernatural.”
“You want what?” Jamie asked, propping an elbow on the mantelpiece.
I ignored him. “What did you say his name was?”


“I didn’t.” Victor straightened the pile of documents on his desk, arranged quills and inkbottles, and loosened his bow tie. 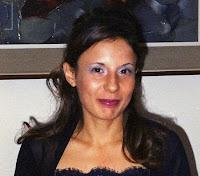 I’m an entomologist and a soil biologist, which is a fancy way to say that I dig in the dirt, looking for bugs. Nature and books have always been my passion. I was a kid when I read The Lord Of The Ring and fell in love with fantasy novels.

When I discovered cosy mystery and crime novel, I fell in love with Hercules Poirot and Sherlock Holmes. Then I grew up and . . . Nah, I’m joking. I didn’t grow up. Don’t grow up, folks! It’s a trap.

PS I hate gardening. There, I said it. Sorry fellow Kiwis. 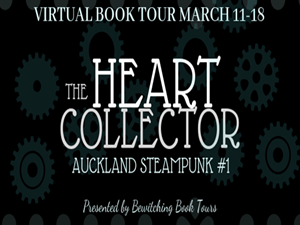