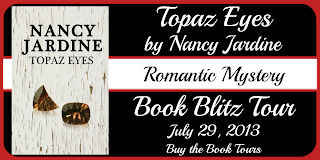 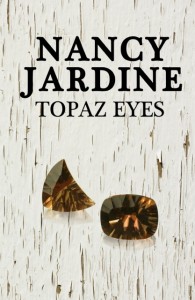 A peculiar invitation to Heidelberg embroils Keira Drummond in the search for a mysterious collection of extraordinary jewels once owned by a Mughal Emperor; a hoard that was last known to be in the possession of Amsterdam resident, Geertje Hoogeveen, in 1910.
Who among the progeny of Geertje – hitherto unfamiliar third cousins brought together for the quest – can Keira rely on? Distrust and suspicion among them is rife.Which one is greedy, and determined enough, to hire thugs to tail her… and worse… as she travels to Vienna and Minnesota?  Can Keira even trust Teun Zeger – a Californian she is becoming very drawn to – as they pair up to unearth the jewellery?As they follow a trail of clues, will they uncover the full collection before the hired gun kills them? Details remain furtive and undisclosed until danger and death forces their exposure. And who harbours the ultimate mystery item that is even more precious than the Mughal jewels?
Greed, suspicion and murder are balanced by growing family loyalty, trust, and love.

Nancy Jardine lives in the fantastic ‘castle country’ of Aberdeenshire, Scotland, with her husband of many years. She spends her week making creative excuses for her neglected large garden; doesn’t manage as much writing as she always plans to do since she’s on Facebook too often, but she does have a thoroughly great time playing with her toddler granddaughter when she’s just supposed to be ‘just’ childminding her twice a week.

A lover of all things historical it sneaks into most of her writing along with many of the fantastic world locations she has been fortunate to visit. Her published work to date has been two non fiction history related projects; two contemporary ancestral mysteries; one light-hearted contemporary romance mystery and a historical novel. She has been published by The Wild Rose Press and Crooked Cat Publishing.

Rochester – thief in the night – 412
During the night Keira woke suddenly, though had no idea what had disturbed her. Teun wasn’t in the bed beside her and didn’t seem to be in the en suite bathroom either, since the door was open and the light was off. The door to the corridor was open, however, and dim light from the hallway window gave a soft moonlit illumination. As silently as she could, she rose from the bed, yanked on the panties and top lying discarded on the floor, and then tip-toed out into the corridor.
Ignoring the squeaks from loose floorboards, she made her way along to the staircase. There was the faintest sound coming from downstairs, as if someone closed a door down below her. What was Teun doing? The jewels? Was he doing something downstairs with them? Retracing her steps, she scurried back to Teun’s side of the bed. Feeling her way across the surface of the nightstand, she located the velvet boxes. For some strange reason a sigh of relief escaped her. Whatever he was doing didn’t include the jewels; she knew that, having made sure the jewellery was still inside both boxes, and no stray pearls having dropped on the floor.
Adam? Was it Adam who was unwell and she’d not heard him? Guilt made her embarrassed as she crept back out of the bedroom. How mercenary she’d been thinking of the jewellery before Adam’s welfare. Speeding her way down the stairs, the breath whooshed out of her as her foot left the bottom step. A muffled whimper was all she managed as someone tackled her to the floor, before a heavy body pinned her down. What the hell was happening? Face bent onto wooden floorboards, she struggled her way free, kicking her legs wildly. Before she could cry out, a hand cuffed her mouth.
“What are you doing?” Teun whispered in her ear, his arms tightly clasping her, though he did take his hand away from her mouth. He rolled over with her now on top of him, prostrate, his chest heaving into her back, his arms now a protective clutch. His breathing was so loud at her ear, it deafened.
“Teun?”
“What the hell are you doing, Keira?”
“What am I doing?” She forgot to whisper. His hand clamped her mouth again, but not so forcibly.
“Shhh…”
She felt like a punch bag, but realized immediately Teun had thought she was someone else.
“Is Adam okay?”