Life After the Undead  & Death To The Undead by Pembroke Sinclair


Death to the Undead 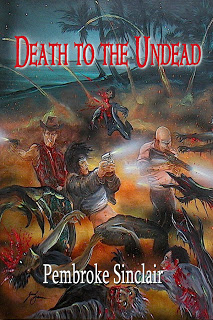 
The battle that began in Life After the Undead continues.


Tough teenager Krista escaped to the safety of Florida after her parents were killed by the zombie horde. She united with General Liet, a distant cousin, and moved with him to North Platte to help build a wall to keep the zombies in the West. Krista fell in love with Quinn, a survivor and fighter from the zombie-infested wildlands of the West, and together they freed the garrison at North Platte from the power-hungry Liet.


But zombies aren’t the only enemy they have to face...


Now, North Platte is free, but Liet was not the only one using the zombie apocalypse to control their people. Florida is ruled by five ruthless Families, who use intimidation and the threat of the zombie horde to coerce their populace. Krista and Quinn hatch a desperate plan to run guns into the state and help the people revolt. Krista and Quinn, labeled as rebels run for their lives when the Families attack North Platte. The Families want them captured, the zombies want to eat them, and other survivors want them dead. Caught in between powerful forces, they must survive long enough to devise a new plan and put it into action, all while trying to solidify their new relationship and trying not to self-destruct in the meantime.


Life After the Undead 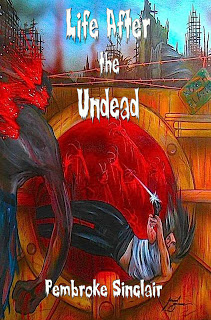 
The undead hate a humid environment, so they are migrating westward to escape its deteriorating effects. The survivors are constructing a wall in North Platte to keep the zombie threat to the west, while tyranny rules among the humans to the east.


Capable but naïve Krista is 15 when the first attacks occur, and she loses her family and barely escapes with her life. She makes her way to the wall and begins a new life. But, as the undead threat grows and dictators brainwash those she cares about, Krista must fight not only to survive but also to defend everything she holds dear—her country, her freedom, and ultimately those she loves. 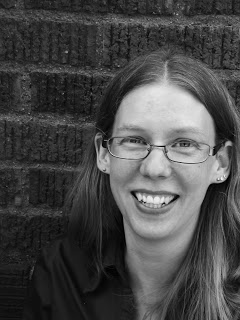 
Under my real name, from March 2008 to January 2011, I wrote scientific articles for Western Farmer-Stockman. I have a nonfiction book, Life Lessons from Slasher Films, scheduled for release in July 2012 from Scarecrow Publishing (an imprint of Rowman and Littlefield).


I have my Master’s in English, and I am a freelance content editor for Musa Publishing, as well as a former content and line editor for eTreasures Publishing.