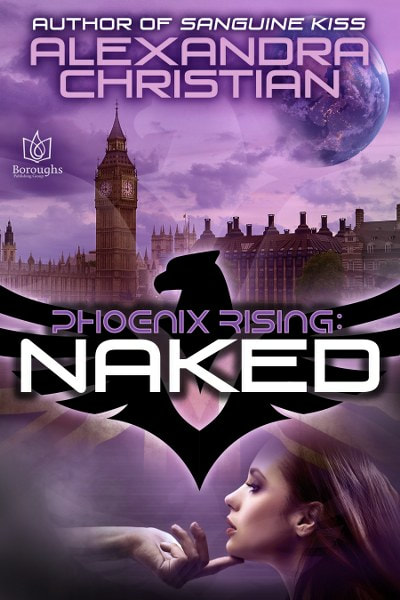 OUT OF THE STACKS

Librarian Phoebe Addison has lived her entire life within a seventy-five mile radius of her small Louisiana town, but when she receives a strange medallion from her adventurous, off-world sister, reality tilts toward the bizarre. Everything Phoe thought she knew is…well, wrong. Dead wrong. But bone-numbing fear has no place in this brave new world—nor by the side of the dangerous, exquisite man who saves her life.

…AND INTO THE FIRE

Following the tragic slaughter of his family, operative Macijah “Cage” St. John understands evil in a way no man ever should. He traded happiness for a magnificent and terrible power, and fate isn’t done with him yet. He wasn’t looking for comfort. He didn’t need tenderness. But today he’ll play hero to a damsel in distress, and his quest will deliver him to the uncanny Martian colony of New London—and his heart to the demure Phoebe Addison. The bookish beauty’s hidden talents and deep abiding love just might save Cage from himself. 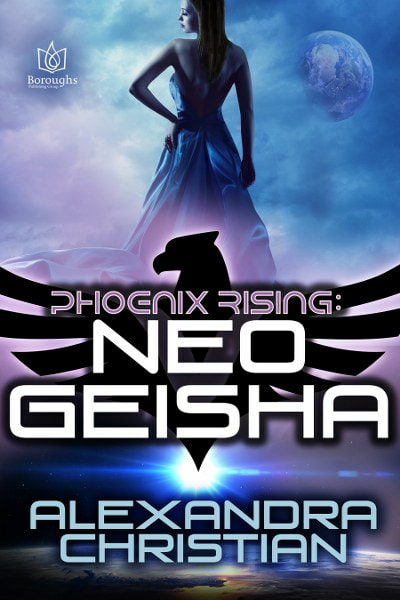 Macijah "Cage" St. John' didn't want the spy life anymore. He would have been thrilled to spend every morning lying in the field behind Phoe's home in smalltown Louisiana watching the clouds roll by. But his Miss Addison wanted to spread her wings, literally. So Cage accepted a mission that teamed him up with his lady love. If only he had trusted her.

Everything about being a spy was a million times more exciting, and scarier, than the books she'd read in her former life as a librarian. When her first mission with Cage turned into a colossal clusterf*ck because he withheld information and kept secrets, Phoebe's world narrowed into a long tunnel of betrayal. Captured by space pirates and delivered to a horrible fate, she wished the last words between them had been of love, because she was certain she would never see Cage St. John again.

In NeoGeisha, Alexandra Christian returns to the intriguing, post-apocalyptic world she created in Naked. Cage and Phoe continue to build their relationship, but not without complications. Romantic conflict and fast-paced action keep the pages turning, right down to the satisfying ending. ~ Nancy Northcott, Author of the Light Mage Wars series 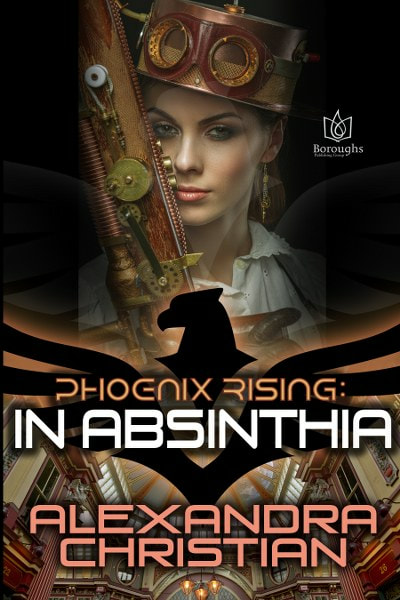 Interplanetary master spies, Macijah "Cage" St. John and Phoebe Addison are forced to take vacation time, and she wants to go to Absinthia, an off-world all inclusive interactive vacay planet set up as Victorian London, but with all the future comforts. Cage doesn't do down time, but their boss has other ideas, so begrudgingly, Cage agrees to go to Absinthia. Within a day of their arrival, they get embroiled in a Ripper copy cat series of murders complete with séances, "altered" humans, kidnapping, and affairs of the heart - their hearts, which will always belong to each other. 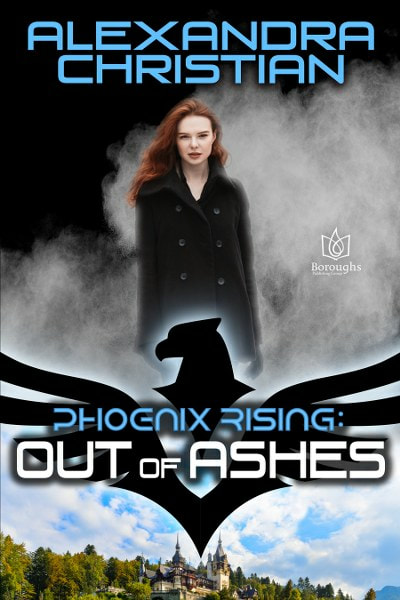 Out of Ashes
Phoenix Rising Book 4

Phoebe Addison and Macijah "Cage" St. John have so much going on they can barely take a breath. Interplanetary master spies who generally drive their boss crazy, they are now trying to track down the person - is a skin walker a person? - who tried to kill him at their engagement party. Yeah, they were talked into returning to Louisiana so the whole town could show up and gawk at Cage. But they have bigger problems than usual when tracking an assassin. Secrets that have been buried for too many years are about to be uncovered if Cage and Phoe can survive the people, vampires and "things" that are trying to kill them. And to top if off, Phoe has a secret she's sure will send Cage into a tailspin. But, as with everything they have lived through to be together, their love is the constant that is its own reward. 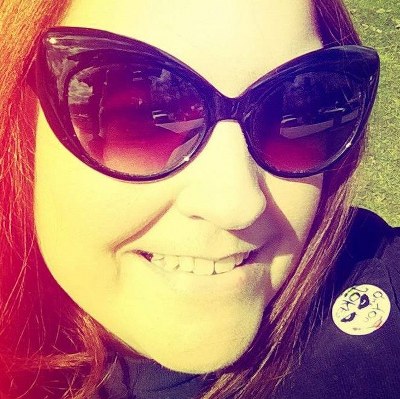 Alexandra Christian is an author of mostly romance with a speculative slant. Her love of Stephen King and sweet tea has flavored her fiction with a Southern Gothic sensibility that reeks of Spanish moss and deep fried eccentricity. As one-half of the writing team at Little Red Hen Romance, she’s committed to bringing exciting stories and sapiosexual love monkeys to intelligent readers everywhere. Lexx also likes to keep her fingers in lots of different pies having written everything from sci-fi and horror to Sherlock Holmes adventures. Her alter-ego, A.C. Thompson, is also the editor of the highly successful Improbable Adventures of Sherlock Holmes series of anthologies from Mocha Memoirs Press. A.C. will also pen several Shadow Council Archives novellas starring everyone’s favorite sidekick, Dr. John Watson, coming soon from Falstaff Books.

A self-proclaimed “Southern Belle from Hell,” Lexx is a native South Carolinian who lives with an epileptic wiener dog and her husband, author Tally Johnson. Her long-term aspirations are to one day be a best-selling authoress and part-time pinup girl. She’s a member of Romance Writers of America and Broad Universe—an organization that supports female authors of speculative fiction.