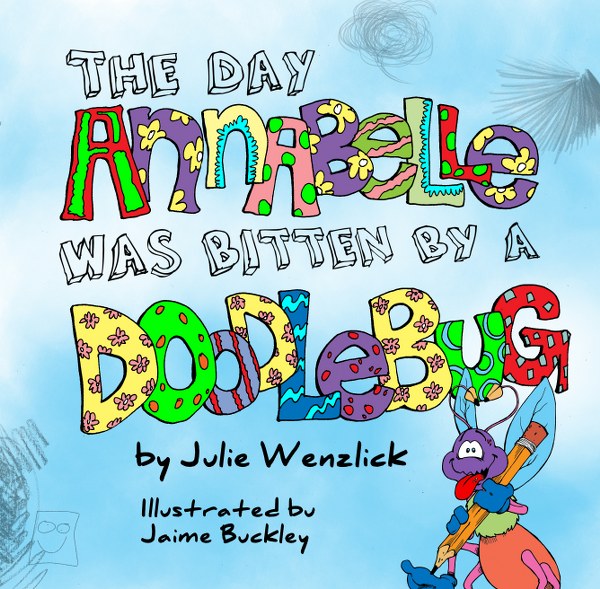 The Day Annabelle Was Bitten By a Doodlebug
by Julie Wenzlick
Genre: Children's Rhyming Picture Book

When pre-schooler Annabelle awakens one morning, she has a strange urge to start doodling.
She calls for paper and pen and begins doodling continuously, unable to stop—even for meals! Her concerned parents take her to the doctor, who discovers a doodlebug bite on her neck.
He assures them her doodling urges will end when the bite fades away. Annabelle gets so good at doodling she opens a shop to sell her work and even travels the world to share her art.
Then one day the bite fades and so do her uncontrollable urges. 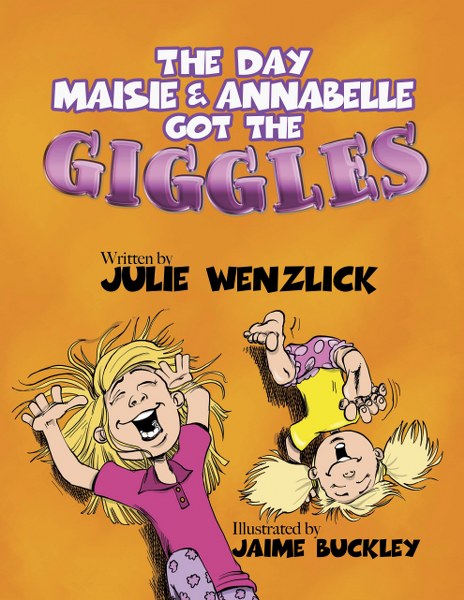 The Day Maisie and Annabelle Got the Giggles
by Julie Wenzlick
Genre: Children's Rhyming Picture Book

After sisters Annabelle and Maisie meet the gigglepuss outside on the trampoline, they suddenly can’t stop giggling. Their dad has a hard time believing they met a gigglepuss, calling it “mythical nonsense.” But as time passes and they giggle harder and harder, there’s no choice but to take them to the doctor, who provides an unpleasant but effective remedy. Wonder who else in the family will encounter that rascally gigglepuss? 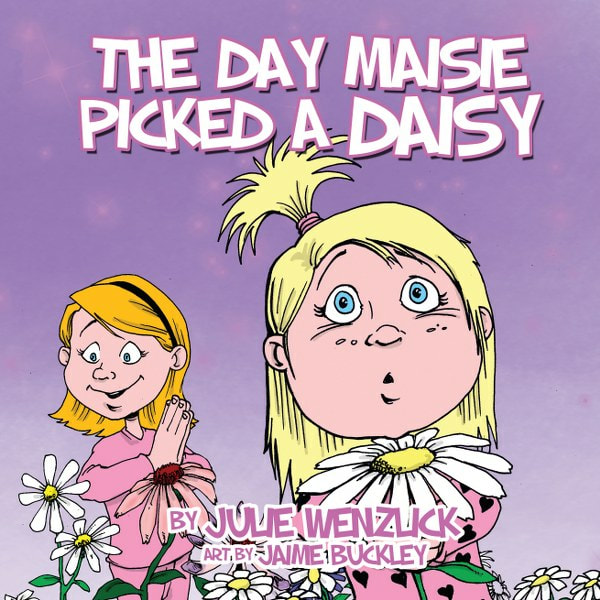 When big sister Annabelle decides to go against Mom’s rules and take little sister Maisie Grace for a ride in her pink Barbie Corvette, she has no idea of the adventure that lies ahead!  Join these wandering sisters as they explore Miss Millie’s garden and fail to obey the sign: Do NOT pick the Daisies!  What will happen when Maisie unknowingly plucks one daisy from the garden?

Julie Wenzlick is a retired English teacher who loves to rhyme. She began writing poems and stories in second grade, and she loves to share her books with elementary students in hopes of inspiring them to write their own stories. Three of her books were inspired by her granddaughters Annabelle and Maisie. She often gets the question from her young audiences, "Did this REALLY happen?" Her book "The Day Annabelle was Bitten by a Doodlebug" was chosen as Honorable Mention in the Writer's Digest Children's Book category for 2017. Julie, who also writes songs to go with her books, produced her original full-length musical comedy "Singles File," in the early 90s at three venues. You can find out more about her at juliewenzlick.com