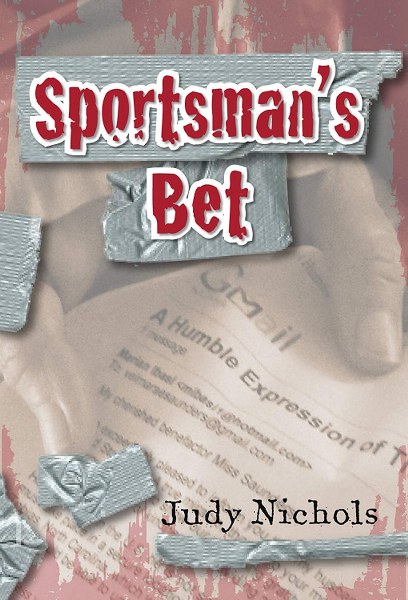 Velma Saunders, the town clerk of Tobias, North Carolina never had a kind word to say to anyone. In fact, most people were afraid of her, including her boss, Mayor Mike Ellis.

Still, the whole town is shocked when Velma's body is found in the Municipal Building's old bomb shelter. The only clue to her murderer is a copy of a cryptic message from a Nigerian email scammer.

All the evidence points to Mayor Mike, who's charged with killing Velma. Investigator Ian Dodge, a British transplant who's never quite taken root in the Deep South,sets out to find out who else hated Velma enough to kill her.

In the course of his investigation, Ian discovers the dark secrets Velma has been hiding all these years, and exactly why she was so mean. 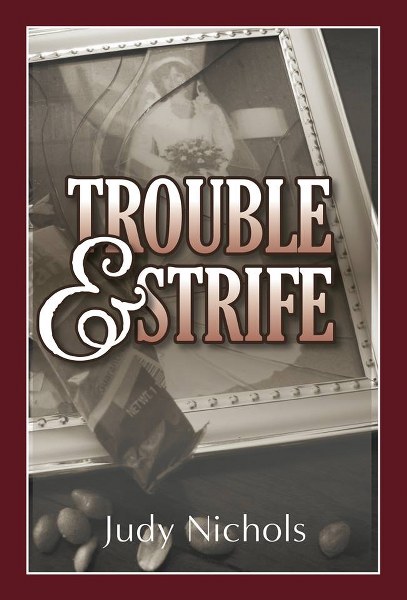 Lorrie Mattingly has it all.

Young and beautiful, married to the richest man in town, she spends her time driving fast cars, riding horses and keeping herself pretty. And yet, she's down to earth, and sweet, devoted to her handicapped twin sister Linnie. Everyone loves her.

When she suffers from a severe allergic reaction during a tanning session, private investigator Ian Dodge is called in by the owners of the salon, since they're getting sued big time. It doesn't take long for Ian to figure out Lorrie's attack wasn't an accident, or negligence but attempted murder. Or to learn that there were plenty of people who wanted this sweet girl dead. 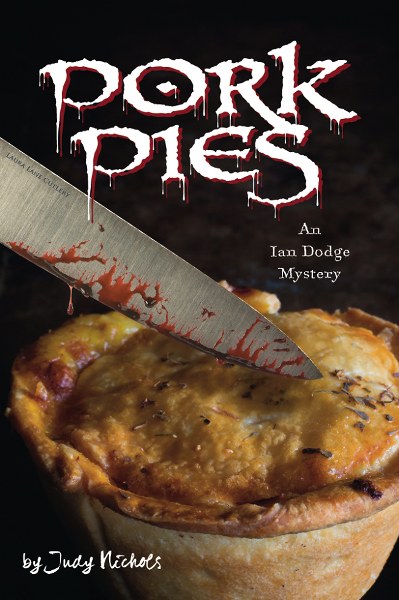 Crusty British transplant Ian Dodge is back on the beat, this time in the service of Her Majesty, otherwise known as Laura Lane, the Food Queen, star of a popular TV cooking show. A blackmailer has threatened to expose her sordid past as a con artist, so she turns to Ian Dodge to get it sorted.

When her blackmailer is found stabbed to death in his hotel room, Her Majesty is the prime suspect. It's Ian's job to untangle the web of deception and pork pies (lies) to find the culprit, all the while dealing with the antics of his twin sons, Jesse and Mac.

Judy Nichols lives in Wilmington, North Carolina, but she is by no means a "Southern writer." Born in Cincinnati, Ohio and raised in the nearby town of Batavia, she still is a no-nonsense midwesterner. Although she does find true southerners quite charming.

Judy holds a bachelor's degree in journalism from Kent State University. She has been a newspaper reporter, a teacher, a temporary office worker, a customer service representative, a stay-at-home mom, a volunteer, and a proud organizer of the now defunct Cape Fear Crime Festival mystery writers' conference.

Judy started her first novel "Caviar Dreams" while her daughter was napping one day. Five years later it was finished. The biggest challenge arrived once her daughter stopped taking naps and eventually lost interest in watching the "Toy Story" video.

Since then she has gone on to write several more books, including the Ian Dodge Mysteries inspired by her UK born husband Nigel. Ian Dodge is a persnickety private investigator, living in coastal North Carolina, who refuses to be assimilated and instead hangs on to every shred of his Britishness.

Now that her daughter is grown up and gone, she spends lots of quality time with her husband and Bailey the Wonder Dog. Also, reading and writing good books.