The Man on the Train 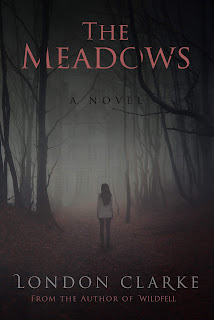 The Meadows
Legacy of Darkness
Book One
London Clarke

A decades-old murder. A strange, blood-thirsty cult. And a house full of spirits.

It was supposed to be a new beginning, a fresh start in the Shenandoah Valley, where Scarlett’s memories weren’t riddled with drug addiction and rehab. But after purchasing an abandoned house with a checkered past in the hopes of transforming it into a luxury bed and breakfast, strange things start to happen. Disturbing voices and noises interrupt her new life. Strangers appear to her, bearing cryptic warnings. A tunnel is discovered underneath the house—one historically used for a local cult’s rituals. After several of Scarlett’s guests are hospitalized after visiting the underground, she finds herself targeted by violent spirits.

Driven to the edge of despair, Scarlett vows to fight back—but she has no idea what she’s really battling. And her nightmare is just beginning…

The Meadows is a gripping supernatural thriller in which the monsters may be vampires, demons, or flesh and blood. It is a nightmare that will make you believe it could easily happen to you. 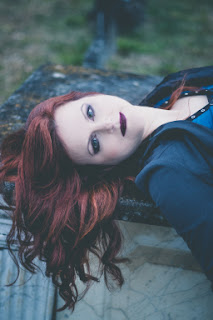 Obsessed with vampires and haunted houses from a young age, London grew up reading gothic tales featuring romantic and tragic heroes. Wuthering Heights and Dracula are her favorite novels, and although now happily married, she readily confesses that she is a recovering runaway, who once moved to England in search of a man who was the perfect amalgamation of Dracula, Hamlet, Heathcliff, and Mr. Rochester. London holds a B.A. in Music and M.F.A in Creative Writing. She’s had an eclectic array of jobs including receptionist, legal secretary, literary assistant, high school English teacher, and freelance editor.

London lives in a Washington, DC suburb with her husband and three greyhounds. She’s happiest when she’s writing novels, reading books, or binge watching her favorite programs like The Vampire Diaries or Being Human.

a Rafflecopter giveaway
Posted by 3 Partners in Shopping at 9:23 PM