**books can be read as standalones in any order!** 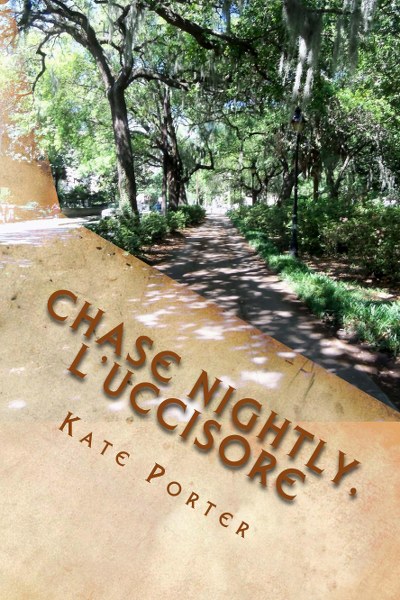 Chase Nightly is a born and bred Georgia boy from Savannah, who loves his job as a social studies teacher, his bachelorhood and his widowed mother.


Rae Chandler is a contemporary big city woman with no desire to change that fact; as different from Chase as night and day with one important exception: They are both leaders of elite teams of vampire slayers called Uccisore, but with very different territories. When Rae shows up in Savannah for reasons other than visiting family, Chase demands to know her true motives. Sparks fly the moment they meet and past life memories surface, memories that keep Rae off balance and terrified that destiny will claim her heart once more.
When Gordon Charles, Vampire King, kidnaps Chase’s mother, the two leaders must join forces and put their chaotic feelings aside to save her from becoming the Vampire Queen. 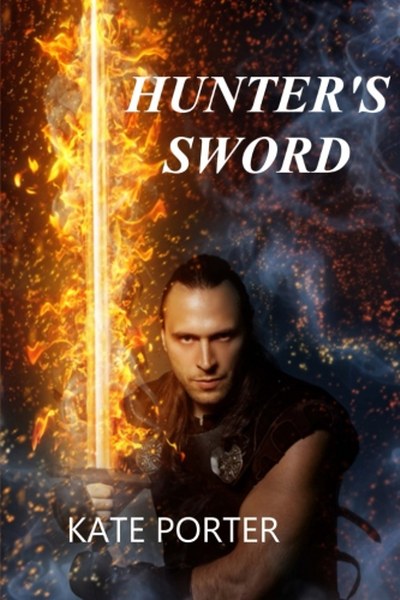 Armed with family legends and a blessed sword dating back to the first crusades, Hunter Blackfox leaves the reservation in Cherokee, North Carolina to replace a fallen member of Team Nightly and help protect the city of Savannah, Georgia.

His life is about to change…

When he first lays eyes on Sheila Maxson, he likens her to Aphrodite, Helen of Troy, and Jackie Onassis—sex, beauty, and class—all rolled into one, long, luscious package just for him.

Sheila Maxson is a seasoned member of Team Nightly and a bloodline uccisore gifted with exceptional speed and agility on the battlefield. But she’s battling more than the rising number of vampires. The horrific memories of an event that took place only days after 9/11 when she, her brother Michael, and their aging grandfather tried to protect first responders from frenzied vampires, as they searched for survivors at ground zero, are slowly chipping away at Sheila’s emotional armor. With the added guilt of losing a friend and uccisore brother in battle, the short fuse of her control is burning fast.

Each time she and Hunter are in the same vicinity, Sheila goes on the attack and Hunter has no option but to fight back. Until the night Chase and Rae’s daughter is born and the vampire king breaches the hospital nursery. The bickering teammates must team up to protect the innocent newborn.

Hunter must find a way to bring down the walls that Sheila has erected around herself in order to save not just Chase and Rae’s baby, but the woman of his dreams as well.

As word comes to them that Hunter’s Sword is coveted by Gordon Charles, Vampire King, the entire team must find a way to keep it out of vampire clutches.

Gordon Charles will do whatever he must to corrupt the powers of the sword and sway its magic to benefit his cause. To do that he must spill Luccisore blood…Sheila’s blood. 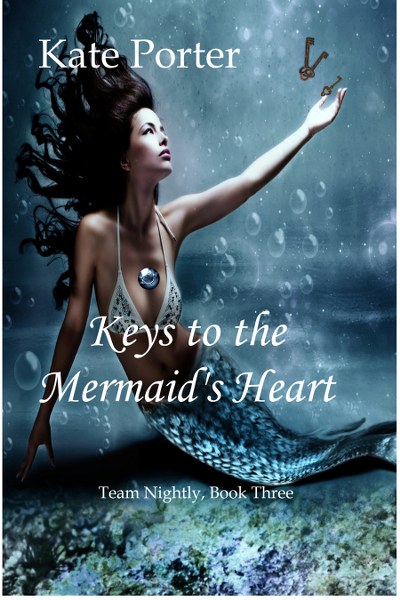 A mythical sapphire, a family legend, and a lost treasure, could lead Carly Harden to her fondest dreams . . . or her worst nightmare.


Now that Carly has revealed her secret, that she knows who and what Team Nightly is, Tony Sargento, chef of the Blue Mermaid restaurant, empath, and Carly’s boss, is furious with her. His jealousy at Carly’s close friendship with Rhett James, the newest team member, isn’t helping him calm his anger.
That she’s been in love with Tony since the day they’d met, is one thing she would never disclose. His anger at her is breaking her heart and her past is preventing her from trusting him fully.
In order to help the team locate an artifact that Gordon Charles, King of the Vampires, is after, Carly digs a little deeper into the family lore behind the key that she’s worn on a chain since she was a little girl. She soon comes to believe that it is one of three needed to open a lost treasure chest. One that is said to hold the Mermaid’s Heart: a massive sapphire that is said to hold mystical powers and created by Zeus himself.
The powers that legend has attached to the Mermaid’s Heart, are said to be boundless, granting the one who holds it their fondest wishes.
But when Gordon Charles gets word that Carly is the owner of one of the fabled keys to the Heart, he sends his minions to retrieve it, no matter the cost.
After Carly is attacked and nearly killed, Tony and Rhett must try to set aside their ongoing battle, to win her heart, in order to protect her. Even with the help of Team Nightly, it may not be enough to save her . . . unless they find the Keys to the Mermaid’s Heart. 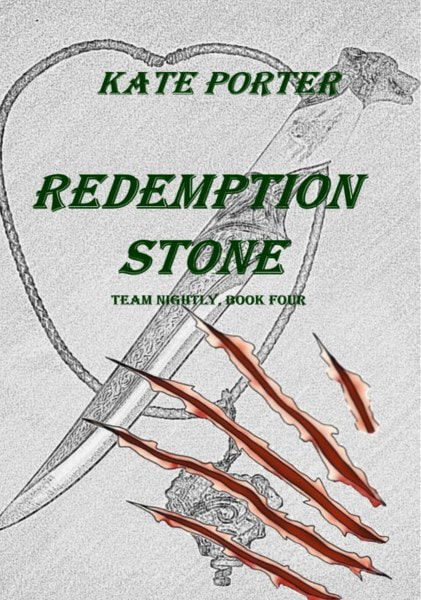 The only thing keeping the beast at bay is THE REDEMPTION STONE.

Chuck Logan fled Ireland fourteen years ago, letting his family believe him dead, like his brother, Matty. When he landed on America’s shores he was a feral werewolf, but everything changed when a special boy and his father found him and gave him the gift of redemption.

Now, Chuck has found his true mate in Scarlett James, and he is terrified that he has now put her life in danger. Walking away after only one night with Scarlett is the only way to keep her safe. Ashley Connor, a wolf with an agenda, has set her sights on mating with Chuck and building an invincible pack that will rule the entire region. She will do whatever it takes to have her way, including partnering with Gordon Charles, the Vampire King.

After Chuck and Scarlett are attacked by a vampire who miraculously morphs into a wolf, the reality of this new, and seemingly indestructible, threat must be eradicated before Ashely Connor and Gordon Charles have the chance to build their army…It may already be too late! 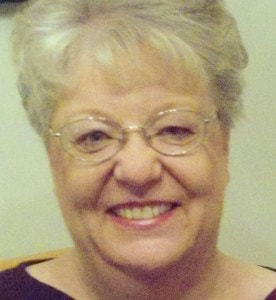 Kate Porter has had one true passion, even as a young girl: writing. Poetry and short stories were her pleasure and her escape while growing up on a small farm approximately fifty miles south of Indianapolis. From her first short story printed in her high school newspaper at the age of fifteen, until the publication of her first full length novel, SECRETS IN BETHLEHEM, in the summer of 2012 she has dreamed of being an author. As a two-time winner of the Indie Book of the Day award, Kate has explored different genres in her writing career and has an eclectic collection of works to her credit consisting of romantic suspense, mystery, and an urban fantasy series. She has studied fiction writing at Greenville Tech, in Greenville, SC and traveled to Georgia for a writing workshop. Kate was featured in WOMAN'S DAY magazine and again in the Greenville News and her hometown newspaper in Spencer, IN. She has been profiled in her hometown newspaper, in Spencer, Indiana and in August 2013, News.

Kate's novel, BLACK HARVEST, has not only received 5 stars from Reader's Favorite, but has been awarded the 2014 NEW APPLE BOOK AWARD MEDAL for the MYSTERY.