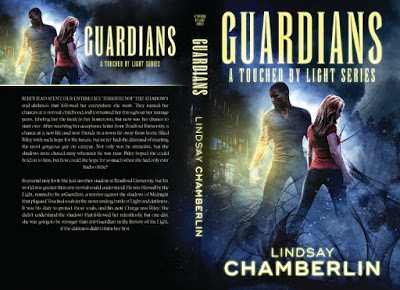 Riley had spent her entire life terrified of the shadows and darkness that followed her everywhere she went. They ruined her chances at a normal childhood and tormented her throughout her teenage years, labeling her the freak in her hometown, but now was her chance to start over. After receiving her acceptance letter from Bradford University, a chance at a new life and new friends in a town far away from home filled Riley with such hope for the future, but never had she dreamed of meeting the most gorgeous guy on campus. Not only was he attractive, but the shadows were chased away whenever he was near. Riley hoped she could hold on to him, but how could she hope for so much when she had only ever had so little?

Reymend may look like just another student at Bradford University, but his world was greater than any mortal could understand. He was blessed by the Light, trained to be a Guardian, a warrior against the shadows of Midnight that plagued Touched souls in the never ending battle of Light and darkness. It was his duty to protect those souls, and his next Charge was Riley. She didn’t understand the shadows that followed her relentlessly, but one day, she was going to be stronger than any Guardian in the history of the Light, if the darkness didn’t claim her first. 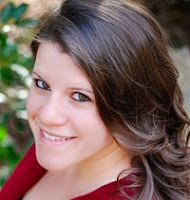 About the Author
Lindsay Chamberlin is an author who is self publishing her own works. She grew up in Northern Virginia and has been writing since she was a teenager. She would constantly write in a journal, including her day to day life and random thoughts that she found noteworthy. When she graduated from high school with English Honors and Math Honors, she knew her life would go in one of two ways. She would either become a writer or work in finance. Finance won. Until recently, she did not think her dream of being a known author would ever come true, but thanks to self publishing, she is finally able to get her work out to the public in hopes that they will enjoy her short stories, novels, and select poems. Her wish for her readers is that they will find themselves within her novels, living out every scene with the characters as if they were there with them.