The Haunting of Hotel LaBelle


Tagline: The past meets the present when a curse turn-of-the-century man meets a feisty modern day woman. 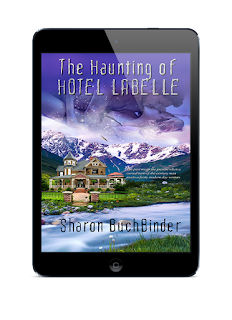 
When hotel inspector, Tallulah Thompson, is called in along with her pug, Franny, to investigate renovation delays, she meets an extremely annoyed and dapper turn-of-the-century innkeeper. The only problem is he’s in limbo, neither dead nor alive, and Tallulah and the pug are the first to see him in a hundred years.


Cursed by a medicine woman, “Love ‘em and Leave ‘em Lucius” Stewart is stuck between worlds until he finds his true love and gives her his heart. When he first sees Tallulah, he doesn’t know what he’s feeling. Yet, her stunning beauty, and feisty attitude pull him in.


With the fate of Hotel LaBelle on the line, Tallulah with the help of a powerful medicine woman turns Lucius back into a flesh and blood man. She and Lucius team up to save the hotel, but Tallulah can't help but wonder if he will ever let go of his past love and learn to love again.


This short novel gives readers insights into Homeland Security Anomaly Defense Director Bert Blackfeather’s Native American heritage. An in-between book in the Jinni Hunter Series, this is a lighter paranormal tale than the others. Take one Montana innkeeper from an era when men were men and women were glad of it, one sassy hotel inspector with a pug on patrol, and stir in a generous dollop of humor and sexual tension—and you have The Haunting of Hotel LaBelle. Come along to Big Sky Country and enjoy the ride with Tallulah, Lucius, Bert, and his sister, Emma as they join forces to rescue the people and the hotel they love.


Two sentence blurb: Modern day woman, Tallulah Thompson, is the only person to see lost in limbo, “Love ‘em and Leave ‘em Lucius” Stewart in over a century. There’s a way to release him from the spell, but will reversing the curse make things better—or worse?


A book flew at his head—and sailed through him, bouncing off the wall and landing on the floor.


Mouth agape, the woman stared from him to the book and back to him again. “You’re a ghost.”


“Not exactly. Shall we start over?” He leaned against the wall and folded his arms across his chest. “After a hundred years of being invisible to everyone except you, I’d like to know who you are and what you’re doing here.”


“Of course. Why not? Could today get any weirder?” She sank into the desk chair, shook her head, and sighed. “My name is Tallulah Thompson. I’m a hotel inspector, hired by the current owner as a consultant to find out why the renovations are delayed and what he needs to do to fix it. He’s teetering on the brink of bankruptcy.”


She jerked her head up and those doggone lapis lazuli eyes of hers sparked as if she’d strike him with lightning and kill him with one look. “No one asks that. It’s not politically correct.”


“Well, I guess you haven’t been talking to the right people. And I don’t know what you mean by that last part. I’ve never been involved in politics.”


“Nowadays, it’s considered rude to ask about another person’s national origins.” She threw her hands up. “Why am I giving a ghost an etiquette lesson? What am I thinking?”


Sharon Buchbinder has been writing fiction since middle school and has the rejection slips to prove it. An RN, she provided health care delivery, became a researcher, association executive, and obtained a PhD in Public Health. When not teaching or writing, she can be found fishing, walking her dogs, or breaking bread and laughing with family and friends in Baltimore, MD and Punta Gorda, FL.


Tour giveaway 10 Ebooks of The Haunting of Hotel LaBelle


a Rafflecopter giveaway
Posted by 3 Partners in Shopping at 10:25 PM