How to Eat Your ABC'S by Theresa A. McKeown Book Blast

We're happy to host Theresa A. McKeown's HOW TO EAT YOUR ABC'S Book Blast today! Please leave a comment to let her know you stopped by! 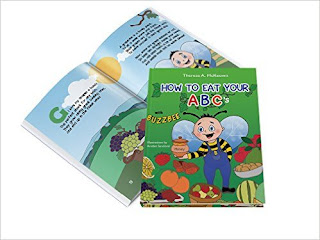 Title: HOW TO EAT YOUR ABC’S
Author: Theresa A. McKeown
Publisher: The ABC’s of Everything, LLC
Pages: 30
Genre: Children’s Picture Book

How to Eat your ABC’s” is a cleverly written and illustrated book, which encourages children to get excited about healthy eating, while also developing a genuine love for reading.  Each letter of the alphabet is represented by a fresh fruit or vegetable and is narrated by BuzzBee, (a friendly honeybee who adores children). Written entirely in rhyme with a melodic tone, it is meant to be read aloud.  Not only will it inspire kids to fall in love with fresh healthy food, but it will also build their vocabulary and phonemic awareness.  “How to Eat Your ABC’s” will instill a healthy, happy, conscious way of looking at life from a young age.

We invite children and parents alike to follow BuzzBee and his friends as they show everyone how to eat their way through the alphabet. 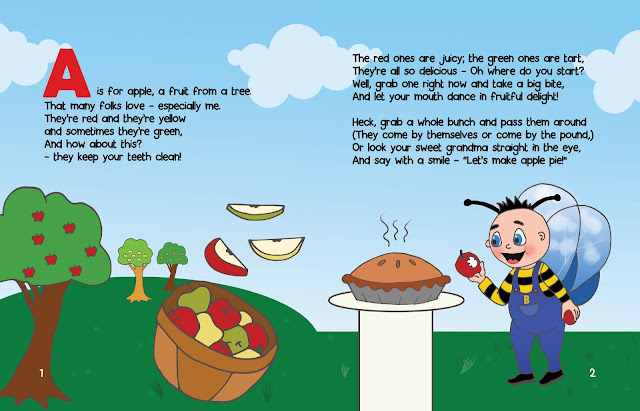 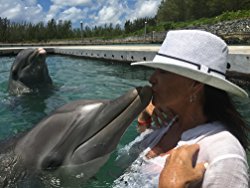 Theresa McKeown spent over two decades in the entertainment arena before embracing her true passion of writing children’s books. After producing hundreds of hours of television for a host of cable and network outlets, Theresa is now on the path of what she considers her highest calling.
Theresa and her sisters have created “The ABC’s of Everything, LLC”, a family endeavor solely focused on publishing several series of children’s books, digital content, and educational curriculums.  All will be written and produced with an awareness of the true possibilities that children of the 21st century can realize.

As an author, Theresa is dedicated to estimating rather than underestimating the wisdom of children. Her philosophy is that kids are fully adept at understanding nuance and meaning and it’s not necessary to talk down to them.  She is dedicated to creating a new paradigm in the children's book world by introducing work that fully embraces the insightfulness, perception and unlimited intellectual potential of today’s youth.

Her books are meant to plant the seeds of education and awareness early in a child’s development, knowing full well that children will ultimately blossom into the best versions of who they are meant to be.


In her role as producer, Theresa traveled worldwide, filming from locations as diverse as the White House, NORAD, the Pentagon, FBI headquarters, maximum-security prisons and from the top of the World Trade Center.  Along the way she "tail-hooked" onto an aircraft carrier in the Pacific, yachted through South America with jet setters and chased bad guys with the LAPD in a helicopter.

Yet, with a background like this, building a community to celebrate children promises to be the most exciting adventure of all