Kiss of the Succubus by Andrew P. Weston Bookmark Tour and Giveaway

Having survived the double-cross planned by Samael, the demon king, and Fanon, his own spawn-father, Augustus Thorne is trying to come to terms with his lot in life. Both Fanon and Agamemnon, the king’s assassin, lay dead. And good riddance! But the only woman Augustus has ever loved in his long and lonely life is gone–driven away by the very real dangers his lifestyle brings. However, Augustus doesn’t have the luxury of dwelling on what might have been. An insidious new threat has emerged, one that exposes humanity to a danger, the likes of which they have never faced before. Surprisingly, Augustus discovers he doesn’t have to face this threat alone. Quite by chance, he stumbles upon a mysterious woman. Someone who appears to be the only other Cambion he has ever met.  Has he found a true soul mate at last? Or is she too good to be true? Are other players involved who would still like to see Augustus Thorne dead? If so, what’s the connection? Find out for yourselves as the story continues in: The Cambion Journals – Kiss of the Succubus. 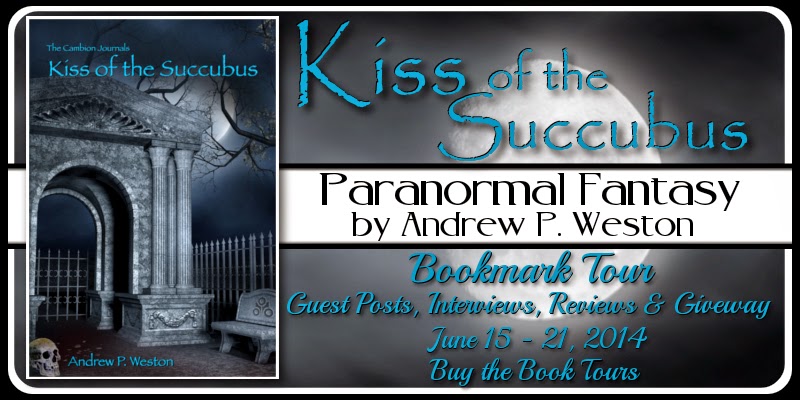 A background thum-thum, thum-thum, thum-thum, pervaded the tranquil serenity of her thoughts. A muffled throb that somehow coaxed her along the current of sublime melodic reverie that was her entire world.
Everything was as it should be. She was safely cocooned within a web-like tracery of scarlet and rose warmth, and her senses were soothed by the rhythm to the point of rapture.
She had changed. Of that there was no doubt. The disconcerting other within her heart was making its presence felt. And yet, the metamorphosis it had generated caused no discomfort. No anxiety intruded upon her perfect existence.
Thum-thum, thum-thum, thum-thum.
Something encroached at the very limit of discernment—static noise, a sharpening of mental focus. Awareness impinged, and her head swarmed to the echo of a thousand whispers on the edge of perception as she blinked her eyes open.
At first, her sight refused to cooperate, and it took a moment before the liquid silver of her vision cleared. Lucidity, the likes of which she had never before witnessed in thousands of years of existence, struck her with a hammer blow.
A darkened chamber illuminated only by a handful of Bale-Lights greeted her. Plain walls welcomed her return to coherent thought, their clinical frigidity a stark contrast to the bank of high-tech medical equipment surrounding the single bed upon which she lay.
That unfamiliar sound intruded again. Thum-thum, thum-thum, thum-thum.
What the . . . ?
“Are you all right?” a disembodied voice asked.
“I . . . I think so. . . .” Her thoughts turned inward, scrutinizing the presence within her.
“Are you in pain?”
“No, not at all. It was just . . . different than what I expected . . . than what I’m used to.” Turning, she recognized the source of the questioner. “Lamia?”
“Welcome back, Mahlat-essa. How have the last three and a half months been?”
Mahlat-essa felt her breast and the newfangled steady rhythm that beat incessantly within her. “I feel . . . different.”
“That’s the effect of the Bloodstone. Is it freaking you out?” Lamia placed a reassuring hand on her shoulder.
“No, it’s just . . . not what I’m used to.” She sensed that inward scrutiny again, and wondered what to call it. “What’s happened to me?”
“Your memories haven’t returned yet?” Lamia appeared concerned, her brow furrowing.
“Well, I recognized you, didn’t I?”
“I suppose we have to expect this. The Bloodstone is bound to mix things up for a little while yet.”
“So what’s it done?”
“It’s changed you at the molecular level, Mal. Altered what you are—”
“What I am?”
“We talked about this. Don’t you remember?”
A soupy mishmash of jumbled thoughts tumbled through Mahlat-essa’s mind. Slowly, they began to coalesce into a structured, recognizable form. Comprehension dawned.
“So the bloodline was puissant enough then?”
Lamia’s relief was obvious. “Yes, it certainly was. Only two lines still exist today, as you know. We were able to extract sufficient vitality from our subject to imbue the stone with enough potency to trigger the transmutation.”
“And there’ll be no lasting side effects?” She touched her chest again, with its disconcertingly loud beat.
“Not so far as we can determine. The stone contains sufficient potency to hold the change in stasis for about six months. It’s gradually leaking that essence into your heart at a steady rate. Once it’s depleted, you’ll either revert back to normal or have to undergo a fresh infusion.”
“Lamia, do we have a mirror here?” Mahlat-essa sat up, the speed of her sudden movement causing both shock and delight to course through her veins like an electric charge.
Smiling, Lamia fished one out of her handbag and handed it to her friend.
Mahlat-essa was slow to raise the vanity mirror to her face, and was stunned by the reflection staring back.
Gone was her devilishly beautiful and angular looks which had taken the breath away from the most resolute demons. She had been replaced by a vision of even greater exquisiteness. How?
“I look . . . I look . . .” She gasped.
“Perfect, eh? Just right for your goal.”
“My goal?” Mahlat-essa mumbled, momentarily confounded.
“Remember.” Lamia hugged her close, gushing, “You can’t recall much about your past, my dear. Your poor mother died when you were born, and you were left all alone in the world, wondering who and what you are. You grew up with the awful burden of knowing you were rejected by others for being different. For having a hunger you could barely control. The only relief you’ve ever felt is when these supernatural things are present. These demons! Venting your fury on them provides the only opportunity you have of appeasing the hunger inside. And you’re very, very good at dealing with demons. It’s something that comes naturally to a freak like you, yes?”
Memories began to unravel within Mahlat-essa’s mind.
“Yes, I’m starting to remember now! I’m different than other girls. Stronger than other humans, faster in some ways, nastier. Although I want to protect them, they shun me. I’m all alone without anyone to share my sad and solitary existence with.”
“Which is a shame of course, because our one woman execution squad just so happens to be incredibly highly sexed and armed with killer looks too. The perfect bait, eh?”
Raising the mirror again, Mahlat-essa grinned. That smile failed to reach the cold depths of her eyes.
Yes. The perfect bait. He won’t know what hit him! 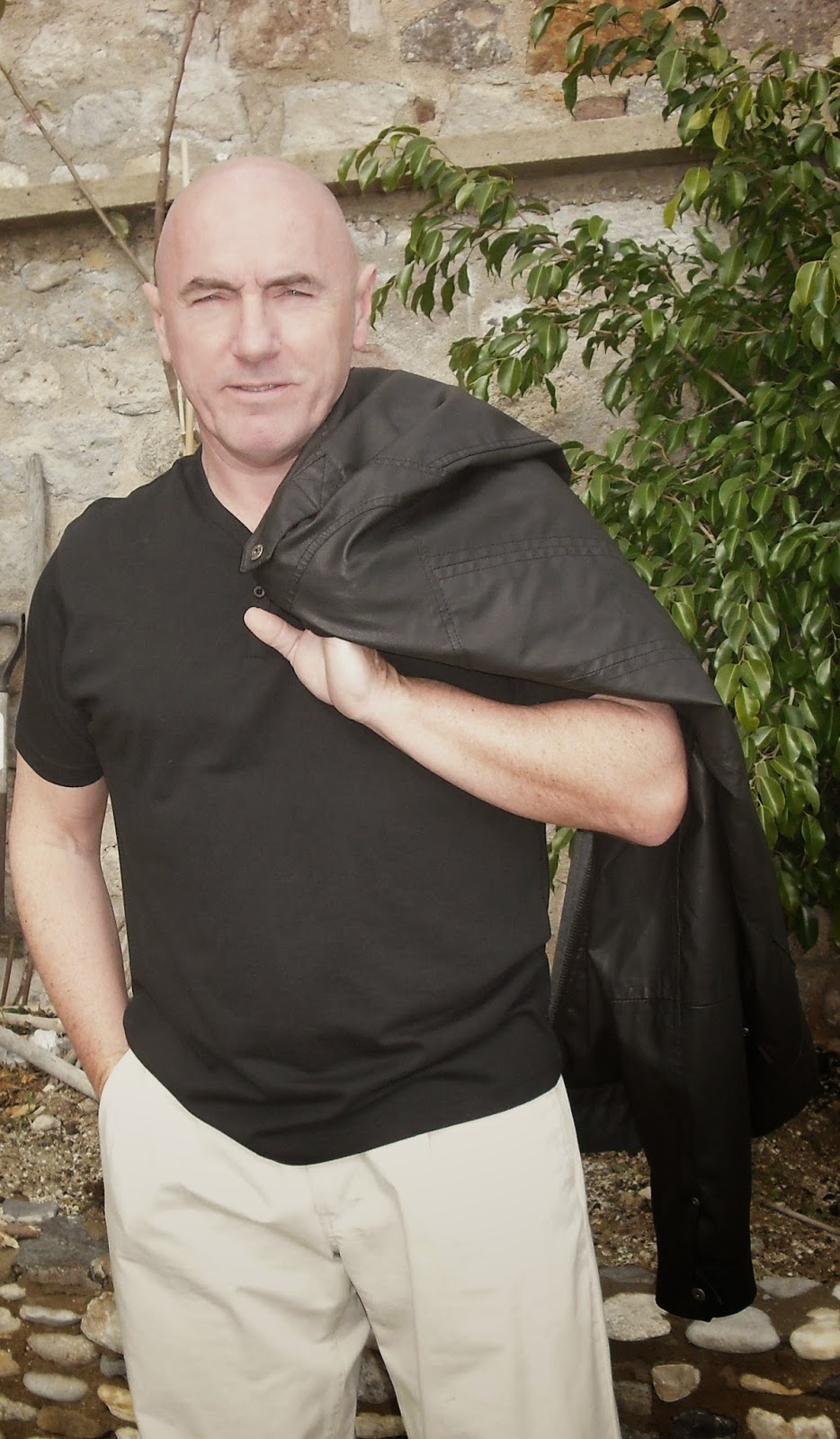 Andrew P Weston is a military and police veteran from the UK who now lives on the beautiful Greek island of Kos with his wife, Annette, and their growing family of rescue cats.


A criminal law and astronomy graduate, he is a contracted writer of both fiction and poetry for several publishing houses and a growing number of well established magazines. In his spare time, Andrew assists NASA with one of their research projects, and amazingly, still finds the time to submit regular educational articles for Amazing Stories and Astronaut.com.
When not writing, Andrew enjoys holding his breath, being told what to do by his wife, and drinking Earl Grey Tea whilst dressed as Captain Jean Luc Picard.
Make it so 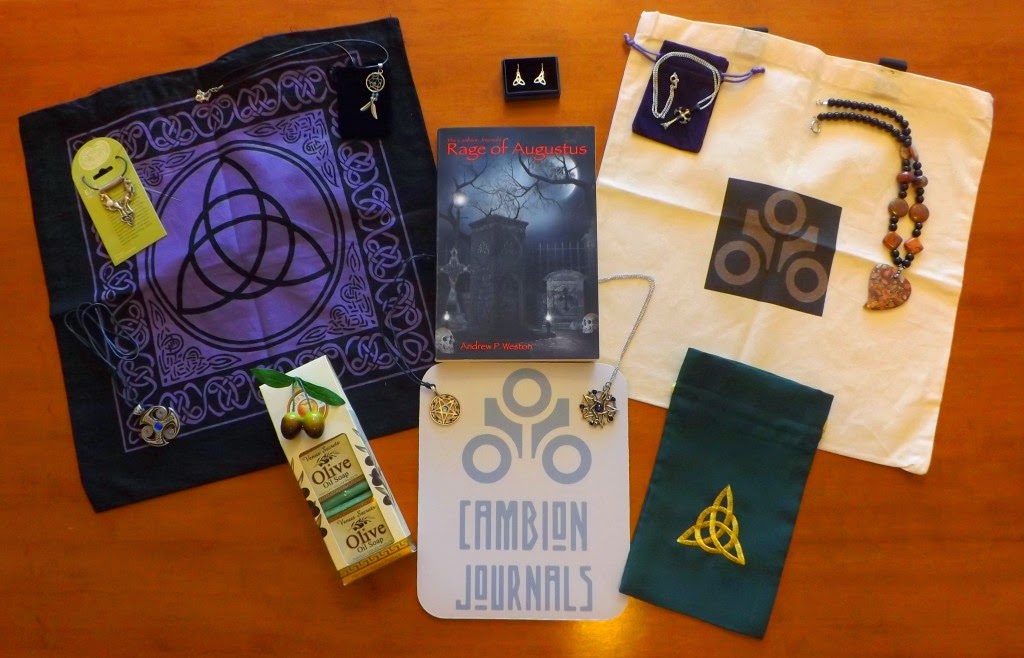