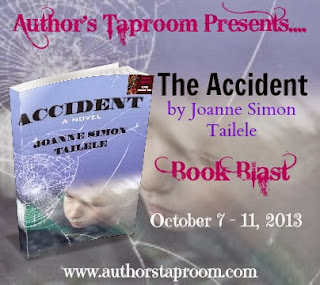 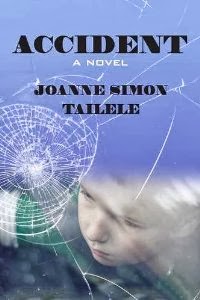 
Susan Jennings is an alcoholic soccer-mom in the 1980's that buries her secret buried behind the bottle. Her addiction causes a fatal car accident that kills her only son and the driver of the other vehicle. Her mother and daughter are badly injured. Susan is charged with vehicular homicide and sentenced to ten years in a prison cell the size of her walk-in closet. She must first learn to stay alive behind the dangerous prison walls, and then face her addiction before she can try to win her teenage daughter's forgiveness. Deanna Jennings awakes from a coma to discover that she has lost a limb in the accident, and her baby brother. She is not interested in forgiving her mother. With her father becoming increasingly distant, she relies heavily on her devout Christian grandparents to get her through the trauma. She meets the handsome and charismatic pastor of their church, Reverend Jim Olson. Despite the vast difference in age, Deanna is convinced the pastor has a romantic interest in her. When Susan discovers that Reverend Olson is now pursuing her daughter, she is determined to use any means necessary to be granted an early parole. She must save her daughter from the snares of the devil hiding behind the clergyman's collar.


She was fifteen years old and alone. The first gulp of the dark liquid scorched her throat and burned all the way down. Her eyes stung and she fought the urge to vomit. The second gulp went down a little easier. By the third, the warmth inside began to surface toward her skin. As it settled like a warm blanket around her, she knew she had found a way to keep her secret, for at least one day at a time. By the time she finished the bottle, she was no longer ripping long strands of red hair from her head.


Susan Jennings awoke from the dream, shaking off the old memory that had haunted her for twenty years. As her eyes adjusted to the harsh fluorescent lights, she noticed the sterile green walls and the metal rails on either side of the bed. When her vision cleared she saw her husband, Thomas, slumped in a straight-backed chair, his dark head cradled in his hands. “What happened?” she whispered.


Thomas jerked up when he heard her voice. Shadowy circles surrounded his deep brown eyes. His rumpled shirt suggested he had slept in the chair. Tears brimmed in his eyes. His words were jagged and raw as he recapped the accident in halting phrases. He was still in a state of shock as he toggled back and forth between his wife’s and his daughter’s rooms on different floors.


“You missed the sign, the stop sign, Susan. The other car couldn’t stop. Your car . . . the whole passenger side crushed . . . the other car rolled.”


He sucked in his breath and wrung his hands, a nervous habit. Absentmindedly, he reached for the tube which pushed oxygen through the cannula in her nose. He squeezed the tube, blocking off the air. A lock of his jet-black hair fell over his forehead.


His words brought back flickers of recollection to her, the children laughing in the back seat, a white sedan approaching from the right . . . crawling from the ditch . . . her late model station wagon crushed almost beyond recognition . . . the sedan rocking on its hood.


Susan gazed down at her body. A few bandages covered superficial cuts on her arms. She reached for the mirror on the bed tray and noticed long strands of red hair twisted in the palm of her hand. She shook her hand and the hair fell to the tile floor. Her left eye was turning a muddy purplish-brown. Dried blood caked at her hairline. She fingered the few stitches above her right eyebrow.


Thomas continued, “Deanna and your mother were pinned inside. The EMT’s talked about taking Deanna’s leg off to get her out, but they didn’t . . . at least . . . not yet. The doctors say she has internal bleeding and several broken ribs. Her leg is a mess. They still don’t know if they can save it. Shit Susan, she’s in a coma.” Without thinking, he squeezed and released the tube, causing the air to come in spurts through her nose.


“The car folded like an accordion. They found your mom wedged between the windshield and the dashboard in the front seat. Her arm is pretty messed up. Your dad said she might have had a stroke too.”


It’s all so hazy. Why can’t I remember? Panic began to set in. “What about Daniel?”


Thomas let go of the tube and cradled his face in the palms of his hands. His shoulder-length jet-black hair hung loose and obscured his face. Racking sobs shook his body and a near-primal growl escaped his lips. Finally, angry eyes looked up at her. “He’s dead, Susan!” He spat the words at her. “He got thrown from the car. They found him in a field. He hit his head on a rock and he broke his neck.” 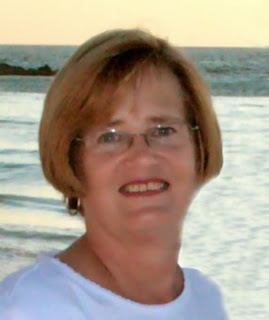 
I wrote for my own enjoyment for as long as can remember. My first short story was written in blue colored pencil. It was called "The Mystery of the Missing Marble". I was ten years old. I still have the original in a fire-proof metal box with all my writing. In it, there are tons of one page excerpts, kind of like a diary, but written only as the mood inspired me over the years along with short stories and a little poetry. I didn't get the bug to write professionally until 2010. I ran across an internet article about NANOWRIMO. I was intrigued and thought "I'm going to try to write a novel." That is where my debut novel, ACCIDENT was born. Now I can't stop. It is like an addiction. I am married to a wonderful man and together we have six children and nine grandchildren. Although I grew up in Ohio and will forever be a Buckeye fan, we love life in southwest Florida where we can spend our leisure time on the white sandy beaches or out cruising in our little boat.


http://joannetailele.wordpress.com (my blog - Writing Under Fire)