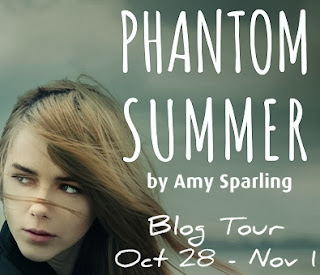 Seventeen-year-old Taylor Gray moves to Sterling Island to get over her dead boyfriend. Mom’s cool with letting her crash on the couch, but Taylor needs to get a job before the lights are cut off again.

When the tall, dark and crazy Raine Tsunami offers her a position at his thriving ghost tour business, she figures it’s an easy way to make some cash. Taylor isn’t afraid of ghosts--that crap is as fake as her mom’s boob job. She loves their adventures on the historic island, especially the secret places he shows her when the crowds go home. So what if all the ghost stories are just legends?

When Taylor comes face to face with a ghost and Raine crosses the line between friend and boyfriend--Taylor’s new life collides with her haunted past. If murdered people end up as ghosts, then that someone she was trying to forget is probably watching her. 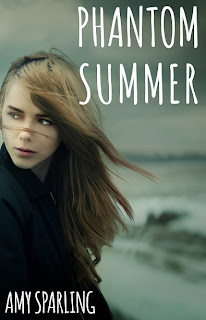 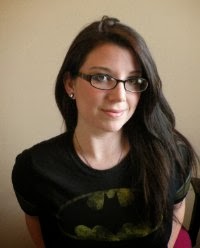 Amy Sparling is a native Texan with a fear of cold weather and a coffee addiction that probably needs an intervention. She loves books, sarcasm, nail polish and paid holidays. She lives near the beach with her daughter, one spoiled rotten puppy and a cat who is most likely plotting to take over the world. Amy Sparling is a pen name for YA author Cheyanne Young.

When we were about ten years old, Brendon's grandmother died. She was incredibly old and always scared me with her wrinkly hands and the way she'd stare at me long after I finished talking. But Brendon really loved her. He was devastated when she died, even though she was almost a hundred and everyone said she had lived a long fulfilling life. It was the first and only time I ever saw him cry, but in recent years he liked to say that didn't count. Crying when you were ten didn't count. Crying after the age of fifteen was forbidden if you were a real man.


After his grandmother's funeral, something I was absolutely not present for, Brendan and I went back to the tree house and I tried to console him while he tried to act like he was macho and wasn't sad. Neither of us did a very good job. This is where he told me about his belief in this magical place called heaven.


He said his grandma was up in heaven, sitting on a cloud and looking down on everyone. This creeped me the hell out. I didn't like his grandma staring at me when she was alive, and I really didn't want her staring at me from some magic cloud above our heads. But he just laughed and said that we can't see them because when you die you go to be with God and all this stuff I had also never heard of. I thought it was a bunch of crap, like believing in Santa Claus, but I just humored him and let him believe whatever he wanted because it made him feel better.


Brendan was the kind of kid who believed in things like Santa Claus and the tooth fairy and God. My mom told me at a very young age that Santa doesn’t exist. She said if he did, then he would bring toys to all the poor kids too, not just the rich ones. I don't believe much of anything my mom says, but she had a point with that one.


I want to believe that heaven clouds exist and that God is this magic invisible guy who loves everyone and lets you live in heaven with him. I've never wanted to believe something so much in my whole life. Because if that is true, then Brendan is looking down at me right now. And that would mean I haven't lost him forever.


I lean over the steering wheel and look up at the sky.


Although I know I won't actually see him sitting up in the clouds, wearing his beat up mechanic shirt and sporting his Mohawk, I still look for some kind of sign. Like maybe a shooting star in the middle of the day, or a rainbow or something.


But I see nothing.


And then I see lots of water. The highway has narrowed to a two lane road between lots of marshy wet land. Has it really been two hours already? I check for a mile marker.


Five. What happens when you get to zero? Does the world end? Do you just drive off into the ocean?


A large bridge looms less than a mile away, and it's just two lines wide. It's incredibly steep and my hands start to shake as I grip the steering wheel. What if the Ford can't make it up something so steep? I press harder on the gas. What if there's no end to the bridge and I drive straight off it and die?


I look up at the clouds again.


Maybe that wouldn't be so bad.


a Rafflecopter giveaway
Posted by 3 Partners in Shopping at 1:09 AM