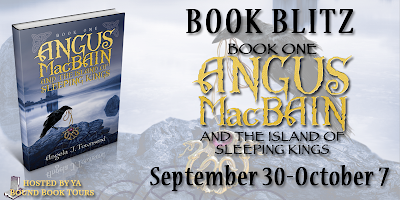 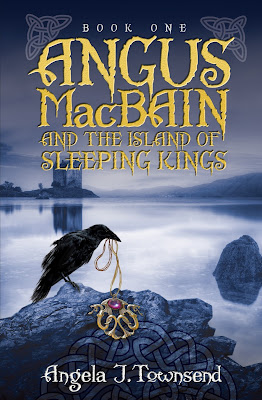 Book Summary:
Angus MacBain is unaware that his ancestral roots hail from an ancient sect of Scottish kings. When his dying grandfather gives him a dragon pendant, thirteen-year-old Angus learns of a legacy that will take him across an ocean to the island of Iona and thrust him into a heritage he did not know he had.

He soon discovers that his mother, whom he had believed dead, is really a seal fairy, in hiding from a dangerous enemy. To save her, Angus must undergo a perilous journey of destiny and power to battle an evil Dacian knight and those who serve him. With only his family shield and the advice of a wizened vampire hunter to protect him, Angus must navigate dangerous terrain and dark enemies, in a land where the past and the present mingle, and sleeping kings wake.

Angus gave Fane a quizzical look. “What will he do to us? If he’s a sea monster, then he can’t come on land…can he? ”
Fane shrugged. “He’s as volatile as the sea. Remember, you are not dealing with a familiar adversary. Never, ever underestimate the power or skill of a foe from another place or time.” Fane paused and studied the sky. “Now listen, we must have no conversation from this point forward.” He pointed to a flock of puffins. “You can’t trust those birds. They will tell the crow everything they hear us say and everything that we do. They all stick together, you know, all birds.”
Angus stared at the birds. A fat one glared at him. “Why would they do that?”
“They can’t help themselves; it’s just their fickle nature. Puffins are the worst sort of gossips next to Kittiwakes and snoopy Razorbills.”

About the Author
Angela Townsend was born in the beautiful Rocky Mountains of Missoula, Montana. As a child, Angela grew up listening to stories told by her grandparents, ancient tales and legends of faraway places. Influenced by her Irish and Scottish heritage, Angela became an avid research historian, specializing in Celtic mythology. Her gift for storytelling finally led her to a full time career in historical research and writing. A writer in local community circulations, Angela is also a published genealogical and historical resource writer who has taught numerous research seminars. Currently, Angela divides her time between writing, playing Celtic music on her fiddle, and Irish dancing. She resides on a ranch, in rural Northwestern Montana, with her two children Levi and Grant. 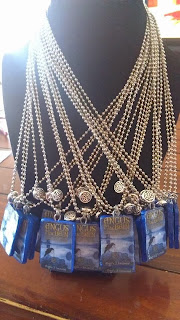 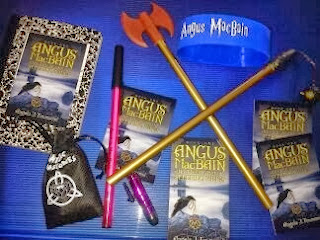