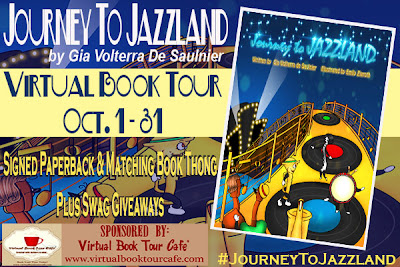 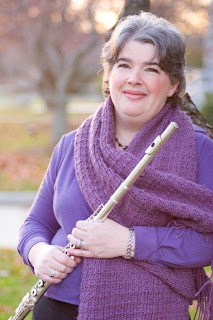 Born and raised in Fairhaven, Massachusetts and attended University of Lowell (now University of Massachusetts, Lowell). It was there that I learned to love jazz. I have been performing jazz and other kinds of music for over 20 years, throughout the New England area. I live in North Reading, Massachusetts with my husband Richard, and my son Charlie. 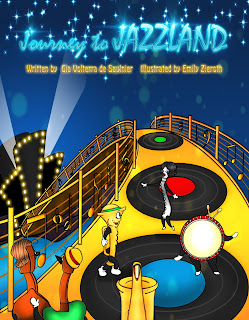 Join Windy Flute, Spitz Trumpet and their friends as they travel to a legendary place where music is joyous, creative and free.

One day during an orchestra rehearsal, Windy Flute was playing a piece of music and her mind started to wander. Over and over, she had practiced this piece and played this piece. Feeling bored, she felt that she wanted to be a little different.
Then something special happened. She began to hear notes that weren’t on the page of sheet music on her stand! When she started playing what she heard, Windy realized these new notes made her feel better. The harmonies and the melodies were the same, but the music moved differently. Before she could figure things out, she was interrupted by a stern voice.
“Excuse me, Ms. Flute, do you mind playing with the rest of us? Where do you think you are — Jazzland?” said Mr. Conductor, scowling down at her.
After the rehearsal, Mr. Conductor gave Windy a severe look and stomped off the stage.
Windy turned to her friends in the woodwind section. “What’s Jazzland?” she asked. She was still thinking about the good feelings she got from playing different notes.
“It’s a myth,” said Mr. Bassoon.
“That’s right,” said Mr. Oboe, “It’s a legend. It doesn’t really exist.”
“I think it exists,” said Spitz Trumpet. 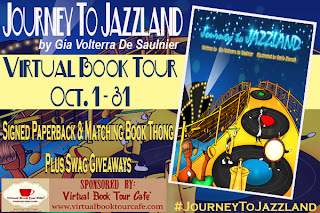 My review;
This is a wonderful book for children that has many important messages written in a way for them to understand. First there is the lesson of friendship and working together to get to a destination. Next is the lesson that even though we are all different each has their own ability, sound, to create something. Then there is the lesson that you do not have to go anywhere special to make something and to have a fantastic friendship. I really thought it was really cute and easy to understand. I give this book a 4/5. I was given this book for the purpose of a review and all opinions are my own.