The 5-Year Plan by Cara Nelson Blurb Blitz and Giveaway

Victoria is sticking to her five-year plan: get married, have children, and become the youngest vice president in town. Problem is, she’s four years in with no husband or kids in sight. She’s sure her coveted promotion is right around the corner, though. All she has to do is impress her boss by catching the person responsible for leaking confidential information.

Trent may be the head of the IT department, but he leaves himself plenty of time to have fun with no strings attached. Too bad his best friend Victoria is still following the ridiculous plan she created in college—she’s beautiful, smart, but far too uptight for his lifestyle. When Victoria takes the blame as the leak at the office, he’s determined to help clear her name and expose the person getting past his security measures.

Suddenly out of a job, Victoria is desperate to get her life back on track. When her childhood friend Trent—funny, good-looking, and completely wrong for her—suggests they team up to catch the culprit, Victoria jumps at the chance.

As the pair sorts through suspects, their mutual attraction becomes undeniable, and they find themselves struggling to remember that they’re just friends.

Sometimes life has other plans…


Sue took a sip of her wine. “Oh, come one. You’re going to tell me you don’t do that with Trent? Every day?”


Victoria pulled her hand away and poked at her salad.. She gave a snort. “Trent? What—because we argue we must be made for each other?”


“You know what they say about opposites?”


“There’s opposite and then there’s poles apart. I don’t know when he’s going to settle down. Party. Late nights. Bars. That’s all he is interested in.”


“Just because you’re an old soul doesn’t mean he has to be one.” Sue cleared her throat. “And you know what, sweetie. Sometimes opposites attract because they complement each other. I’ve seen you two together. At the core of it, you both share the same values. You’re both loyal. You like to help others. You’re both honest and caring. That’s kept your friendship alive how many years now?”


“It’s not friendship, it’s called I can’t seem to get rid of him. Everywhere I look, he is there. School…then college…now we even work in the same place.” Victoria wiped a hand across her brow. “The only thing Trent and I have in common is a lot of memories.”


“You’re wrong.” Sue pushed her empty salad plate away and dug out a fresh roll. “Trent is the only guy who makes you laugh. You forget that I’ve seen you guys at work at and at play. You’re so at ease in his company that it brings out the best in you. With the other men you date…well, you’re not yourself.” 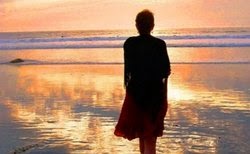 Cara Nelson is the author of the bestselling 'Men of the Capital' series. Her books hit the Amazon store in the summer of 2014 and have since been enjoyed by over 50,000 readers! She is known for her bold characters, hilariously witty dialogue and touching romances.


Born and raised in South Africa, Cara now resides in Denver with her loving husband, 3 boisterous sons and 2 huge Dalmatians. She loves chocolate oranges, her family and, of course, books!


Interested in a fun, light and breezy read? Her readers recommend you start with 'The Billionaire's Hotline'.


To find out more about Cara, head over to her website: www.CaraNelsonBooks.com


a Rafflecopter giveaway
Posted by 3 Partners in Shopping at 1:18 AM