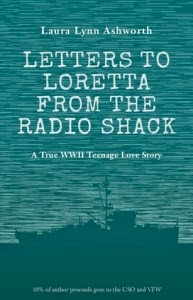 Letters to Loretta from the Radio Shack: A True WWII Teenage Love Story


Letters to Loretta From the Radio Shack bcc:


Read the rare and recently discovered real time letters between Sal, age 19, and Loretta, age 15, during the final terrifying three years of World War II, 1943-1945. Both from the Douglas Park neighborhood in Chicago, the two adolescents discuss with humor and candor, the Navy, war, politics, hit music, life back home and their relationship. Sal nicknamed Slabby for his movie star good looks, deciphers code out of the Navy’s radio shack on a minesweeper in the Pacific. Loretta monikered Duchess for her aloofness, lives with aunts and her widowed father, while holding day jobs and enjoying an active social life with friends. Letters to Loretta from the Radio Shack lets you experience World War II, both in battle and on the home front, through the eyes of adolescents in a way that Hollywood has never portrayed. 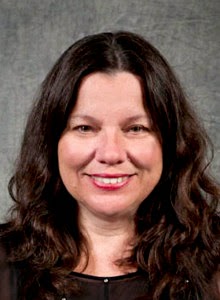 
Laura Lynn Ashworth is an award-winning copywriter and political cartoonist. While helping an elderly family member with veterans administration paperwork, she ran across “the letters” and instantly knew of their rarity, freshness and historical significance. Although she received three publishing contracts within two months of sending the letters to major publishers, Ashworth decided to publish them herself on the advice of best-selling authors. She currently lives and works in a northwest suburb of Chicago.


Book reviewed at Reviews From the Heart


Book reviewed at Manners and Mayhem


Interviewed at Becky on Books…and Quilts