When Ash Rains Down by Cecelia Earl Cover Reveal 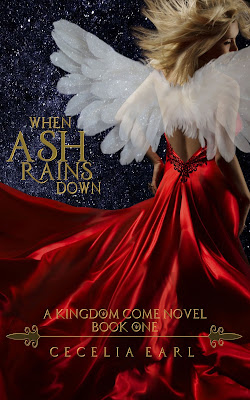 Being crowned homecoming queen and enduring a week at the center of her classmates' attention is eighteen-year-old Julia White’s worst nightmare—even with Cole, her long-time crush, as her date. But when Julia is attacked by a green-blooded demon that vanishes in a plume of smoke, she comes face to face with what real nightmares look like—in the flesh, and all of the homecoming stuff hardly matters anymore.

As a frightening wave of crime infiltrates her small Wisconsin town, Julia tries to avoid Nicholas, a brooding, infuriating relative of Cole’s, who insists she’s the reason behind the corruption. He claims the culprits are demons who are after powers that only she—a human-angel hybrid—possesses. It’s unbelievable, of course, until he takes her to a hidden battlefield where warrior angels train to fight soul-siphoning demons—and her own angelic wings unfold.

When angels and demons draw battle lines, endangering everyone in their way, Julia has to find a way to protect them all, including herself. Because as it turns out, she’s the devil's most powerful weapon against the angels, and he’ll stop at nothing to claim her.

The final battle between Heaven and Hell has begun.

When Ash Rains Down is the first book in debut author Cecelia Earl’s Kingdom Come series. 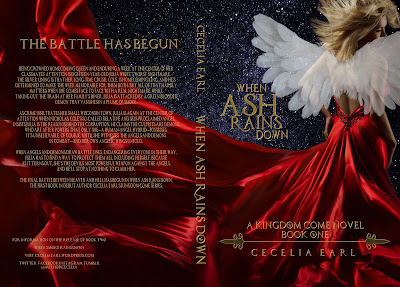 About the Author
Cecelia Earl graduated with a degree in education and has been teaching ever since. She’s a wife, a mom of three boys, and an owner of a magical laundry pile that never stops growing. She lives near enough to Green Bay, WI that her refrigerator is always stocked with cheese, and the first colors her children learned were green and gold. She’s a teacher by day, a mom always, and a writer in her sleep, but that’s okay because being an author is a dream come true. She writes angel books for young and youngish adults. If you feel young, she writes for you—whether or not you feel particularly angelic.