The journey through Everealm continues as new evil arrives, casting mayhem about the realm. While war and wildfire are causing disorder, Bree and Rowan find that assistance from the fairies isn't what they imagined. As Dagan and Sidonie seek answers to uncover the truth about her family and her magic, they are plagued with even more mystery to unveil. As the wildfire burns, who will be left standing in the ashes? 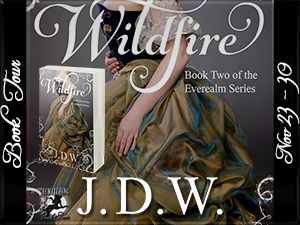 
Isabelle took another sip and sat her goblet down, looking around at her children. Xavier looked miserable and tired. Tristan appeared bored and Rianne seemed ready to flee at any moment. Seeing no better time to share her news, she cleared her throat.


“It has been several weeks since we’ve all shared an early meal together,” she said. “And I know that you have much more important matters to attend to so I will not keep you long.”


“We’re here for as long as you’d like, Mother,” Tristan said, earning a sharp glare from his brother across the table.


“Actually, the seamstress is on her way here to fit me for a new gown,” Rianne said, hoping it may excuse her. However, her mother paid her no mind.


“I have some news to share with you and wanted to do it in private. I would prefer your father be here, but I suspect this time is as good as any.” The queen paused for a moment to make sure that she had their attention. Then she turned to her daughter and continued.


“Rianne, your father has received a proposal for your hand in marriage from King Carneath.”


“I don’t understand. I didn’t think King Carneath had a son.”


“He doesn’t,” Tristan said, frowning. He realized immediately what his sister had yet to understand.


“Then, who am I supposed to ma—” She stopped, finally grasping what her mother was trying to say. “You mean him, the king? Don’t you?”


“But Carneath is over twice my age! Father would never consider such a proposal.” Rianne was sure of it.


“He is considering it.”


“That simply cannot be true! What does he want with a new wife anyway? His first wife had given him several daughters before she died. Right?”


“Three of them,” Tristan added.


“Precisely!” Rianne shouted. “Why would he need to remarry?”


“I suppose he wants a son. Or perhaps he is lonely. It is also possible that he wants a mother for his children. Honestly, that is something I cannot answer,” Isabelle said, keeping calm.


“Mother to his children? I am only a few years older than those children, myself!”


“I find it hard to believe that Father would consider this proposal, as well,” Tristan said. “What could we possibly gain from the arrangement?”


“I have yet to be informed of the details, but I gather it involves acreage of Carneath land to the north, to expand our orchards.”


“Orchards? Is that all my future is worth? A few acres of land to plant more trees? We already have more trees than people in this wretched place.”


“Rianne,” her mother warned. “Your tone is unwelcome at my table.”


“My tone? What about my happiness? Is that unwelcome, too?”


Unable to control her emotions, Rianne stood and excused herself. She turned away from her mother and walked, quickly, back into the castle. She had made it all the way to her room before Tristan caught up with her. He found her curled up on the window seat, crying.


“I know it may not seem like it right now, but everything will be alright.”


“Is that supposed to comfort her?” Xavier said, entering the room and closing the door behind him.


“What am I supposed to say?” Tristan said, standing beside the bedpost. “If Father approves the proposal, there is nothing anyone can do about it.”


Xavier shook his head at his brother and sat beside Rianne, who crawled over to cry on his arm.


“It isn’t fair. Tristan is to marry a princess who is young and beautiful. The same age as I am, even. And I have to marry an old man!”


“For all we know, Tristan’s princess may be ugly,” Xavier teased. “With a pig nose and warts all over. Hell, he hasn’t seen her since she was a baby. She could be a real hag of a lady.”


Rianne sat up, chuckling. Her light brown hair that had been pinned atop her head was now falling down and her perfect porcelain skin was blotchy from crying.


“I probably won’t even get to see her if I am married before their wedding,” Rianne frowned. “This entire idea is ridiculous! There are plenty of eligible women in the realm. Junacave, Moorine, Veyace. Why doesn’t he marry one of them? Why me?”


“The Princess of Junacave just became the queen, so she is no longer a prospect, I suspect,” Tristan said. “Moorine is on the other side of the Valerian Mountains, so Carneath land would be of no use to them. And the daughters in Veyace are still quite young.”


He looked up to see his brother and sister scowling at him.


Writing has always been a hobby of mine, beginning as a young child. It was a way to cope with losing my father at seven years of age. I started with poetry and was featured several times on the amazing poetry blog, Autumn Leaves, by Sondra Ball. My love for poetry soon led to writing songs in middle school and beyond, which I still do occasionally. Music has always been an important part of my existence, so writing songs came naturally to me. In high school, I started my own novel, however, life got in the way and I never finished it.


Fast forward many years later and I find myself married with four children, absorbed in my busy life with commitments to my family, work, school, church, and charities, among other things. One day I came across my old binder, with notes from my first novel, and it was with those notes that I conjured up the elusive Everealm. 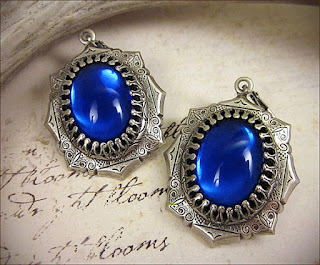