Home From Within by Lisa Maggiore Book Tour, Book Review


It’s the fall of ’82, and Jessica Turner has finally been set free, entering a public high school after being homeschooled. But her mother wears a frown and her father wears his Colt .45s, with a warning: no dating allowed. Seeking warmth, Jessica finds herself in a secret relationship with bad boy Paul Peterson. When the relationship–and Jessica’s pregnancy–are discovered, Paul will be dead by nightfall.


Seventeen years later Jessica and her daughter live a quiet life with horse farmer, Matt Johnson. Marriage is on the table but Jessica’s remorseful heart will not comply. When an unexpected death brings Jessica back home, she uncovers her father’s secrets and discovers that her true path in life, and love, are just a choice away. 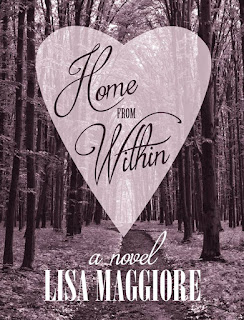 
I have secrets that need to be forgiven, Jessica thought, staring into the darkness of her bedroom. She sat with her knees tucked under her chin, tented in bedding that was slowly letting out the warmth. The yellow glow from her bedside clock read 3:06 a.m. Jessica glanced at Matt and noticed that he never flinched when her alarm went off. They had been sharing the same bed for many years, but sometimes she hardly knew he was there.


Wrapping her arms around herself she shuffled toward the bathroom at the end of the hall, flipping on the night-light next to the sink so she could take a hot shower in relative darkness. Cranking open a small window she drew a deep breath allowing the smell of fresh dew, hay, and pine to swirl inside her nose.


A faint light shone from the bulb above the stove as she ate oatmeal in the kitchen. Various songs from her past kept flooding into her consciousness and Jessica tried to distract herself by focusing on the mundane thoughts of the morning, but that only made the songs louder. And behind the songs were voices that did not want to stay buried under her secret armor any longer.


Jessica had been able to keep her feelings about the death of her first love, Paul, buried deep. And down deeper were the memories of her father holding those damn Colt .45s that served as judge and jury for young lovers sneaking around. Jessica believed the ache in her chest would go away with time; however, it had been seventeen years.


But last night, while channel surfing, she stumbled upon the classic eighties movie, Purple Rain, starring Prince. She could not stop herself from watching despite the movie ending at midnight. Caught in a whirlwind of euphoric recall; remembering the excitement of sneaking out with her best friend, Marilee, and going to see the movie. How the sex scene jump-started her adolescent hormones. She spent countless hours daydreaming of Paul singing, “The Beautiful Ones” to her as an ode to loving her so desperately and not wanting to lose her to another. The intensity at the end of the song made her feel alive.


The songs in the movie evoked feelings in her that were a mixed bag of good and guilt. Usually those memories were ones she could bury, not wanting love and death to overpower her again. But not this time. She allowed herself to remember some of them, resurrecting other memories she could never forget. 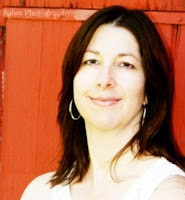 About the Author
Lisa Maggiore is the author of a children’s picture book, Ava the Monster Slayer: A Warrior Who Wears Glasses and a fiction short story, Pinterest Saved My Marriage. Lisa is currently working on other writing projects and practicing her storytelling skills during Live Lit performances. Lisa resides in Chicago with her husband and four children. Lisa loves to travel, watch da Bears during the NFL season and be silly with her family.
Her latest book is the women’s fiction, Home From Within.
For More Information
My review;

"Home From Within" by author Lisa Maggiore is the kind of book that once you start reading it you will not be able to put it down until you get to the last page. This is the story of  a young girl who has to deal with things that no one should have to, most of all someone who is young. I was very upset and sad for her and wanted to jump in and fix her life. I liked the story and the characters were believable. I give this book a 4/5. I was given this book for a review and these are my opinions.
Posted by 3 Partners in Shopping at 12:28 AM