The Boy Next Door by Annabelle Book Blitz

The Boy Next Door by Annabelle Costa  Book Blitz 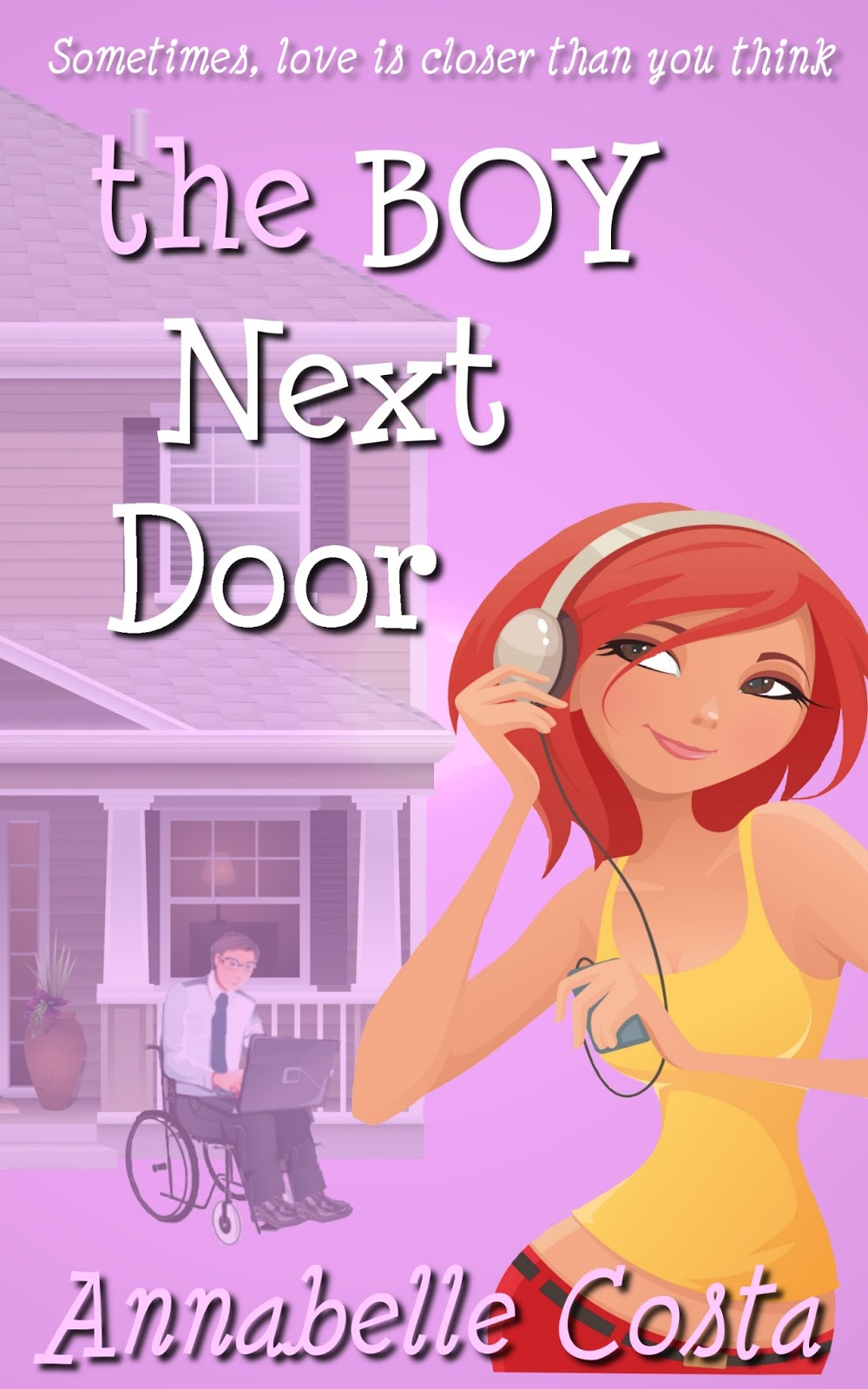 The Boy Next Door
by Annabelle Costa
Genre: Chick Lit

Through middle school, high school, bad dates, and an ill-advised punk phase, Tasha has always been able to count on Jason. Since the day he moved in next door, he’s gone from the weird kid in a wheelchair to Tasha’s most trusted friend. But lives change and the friends are going in different directions. When Jason and Tasha rekindle their friendship, sparks fly. After years of being a wild soul, now the ex-lead of a band turned music teacher is just looking for a relationship to last.

When none other than Jason introduces her to a man who can give her what she wants, Tasha is on the verge of throwing passion and love away just so she can forget her troubled past and settle down. But Jason isn’t ready to give her up just yet.

I wasn’t too happy when my parents told me that I had to try to make friends with the crippled kid who just moved in next door.

I was eight years old. For my entire life thus far, living in a suburb of Pittsburgh, our next-door neighbor was an ornery old woman named Agnes. Why are all old people named Agnes, for some reason? Not that I’m prejudiced against old people or anything. My grandmother, Nana, lived with us and was never an ornery old woman, and probably still the best cook I’ve ever known. Anyway, Agnes failed to wake up one morning, and the house got sold off to a young family with two kids.

I was initially really psyched to find out that the family had two kids, one of whom was allegedly my age. I pictured a girl with blond pigtails who would be my best friend, and we’d make each other friendship bracelets, have sleepovers, and all that fun stuff.

But then my fantasy was crushed when I found out that my new eight-year-old neighbor was a boy. And not just a boy. A boy in a wheelchair.

His name was Jason and I saw him a few times from afar. He went to a different school than I did, and there was a special school bus that picked him up. I saw him waiting with his parents at the curb for the special bus, which was about half the length of the bus that picked me up. My parents told me it was a bus for disabled kids. When it arrived, a ramp would be lowered mechanically and Jason would wheel into it, and the driver would help him get arranged in the bus. My mother yelled at me not to stare, but how could I not stare?

When the Foxes had been living next door for a few weeks, we came over for a visit and to bring them a welcome basket.

My little sister Lydia and I were dressed up in uncomfortable pink clothes, and I was firmly instructed to play with Jason. Lydia, who was only four, was totally off the hook since the older Fox child was a 13-year-old boy.

“I don’t want to play with Jason,” I whined, as my mother did up the buttons on my dress. “He’s weird.”

“He’s in a wheelchair,” I pointed out.

“Don’t you dare mention that,” my mother snapped.

Despite everything, I giggled. I wished my mother would let Nana come along, but they were too worried about her making a comment like that. Apparently, she lost her self-censor somewhat as she got older, although Daddy said she’d always kind of been like that.

Fifteen minutes later, my mother was shoving Lydia and me in the direction of the house next door. We rang the bell and Mrs. Fox answered, greeting us warmly. “Jill!” she cried. “I’m so glad you could make it.”

“This is for you,” my mother said, handing over the basket of fruit and muffins. “You met my husband, Gerald. And these are my daughters, Lydia and Tasha.”

“Nice to meet you, girls,” Mrs. Fox said. “My older son Randy isn’t here now, but Jason is very excited to meet you.”

My eyes met those of the boy sitting in a small, simple wheelchair several yards behind his mother. I could tell by his khaki slacks and lame sweater-vest that he too had been forced to dress up for the occasion. He looked just as miserable as I did.

“Yes, that’s wonderful,” Mrs. Fox said. “They could play together.” She lowered her voice to a stage whisper that people a mile away could hear loud and clear: “Jason hasn’t been having an easy time making new friends.”

Yeah. What a shock.

With that sentiment, Jason and I were herded off in the direction of his bedroom, presumably for me to be his new best friend. We both went, sort of like lambs being led to the slaughter.

Once we were alone in Jason’s room, we both just sat there awkwardly, not saying anything to each other. We were too young to even know how to make polite conversation.

I tried not to stare at Jason, but it was hard not to. I mean, really hard. Why did he need a wheelchair anyway? Maybe he had some awful disease where he was dying. Maybe it was contagious! Maybe he had some contagious fatal disease and my mother had locked me alone in a room with him. She’d be so sorry when I died.

Although to be honest, Jason didn’t really look like he was dying. He looked pretty much like a normal kid, but he was sitting in a wheelchair. He had short brown hair that it looked like his mother had attempted to comb, yet he’d managed to get it messy again before our arrival. He had green eyes that were bright, even in spite of how clearly miserable he was at the moment. And then there were the freckles that were sprinkled down either side of his nose, although those disappeared years later.

I was perched gingerly on Jason’s bed. He had Star Wars blankets. Actually, I had to admit, he had some pretty cool toys.

My mother always bought me dolls, but the thing is, dolls didn’t do much. Maybe these days, dolls cry and piss their diapers or whatever, but back then, in the eighties, dolls were much less interesting. But Jason had toys that did cool stuff. He had toy cars and trucks, he had a rocket, and a huge box of Legos. But what really piqued my interest was that he had what looked like a huge box of TRANSFORMERS.

Confession time: I loved Transformers. I watched the TV show religiously every Saturday, rooting for the Autobots to defeat the evil Decepticons. But nobody would buy me any Transformers because I was a girl and obviously it’s not an appropriate toy for girls. So I had about half a dozen My Little Ponies and at least a dozen Barbie dolls, but no cars that turned into robots. It was a source of frustration for me. Every time I asked my mother, she’d say, “What do you want one of those awful toys for? You’re a girl!”

But Jason, he owned the mother lode.

To my delight, Jason grabbed the whole big box and dumped them out on his bed. He seriously had every Transformer in existence. He had Optimus Prime, of course, most of the Autobots, Megatron, the Decepticons including the cassette spies, plus a bunch of the newer ones like the Dinobots, the Insecticons, and even Devastator. I was majorly impressed. If I were a little older, I would have creamed myself or something.

“Oh my God,” I breathed. “You’re the luckiest person alive.”

Annabelle Costa is a teacher, who writes in her free time. She enjoys the wounded hero genre, involving male love interests with physical disabilities, who don’t follow the typical Hollywood perception of sexy. 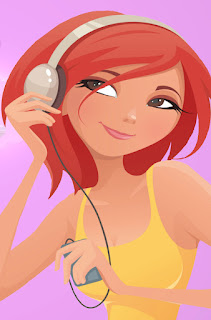