Cover Reveal Keeper of the Lost Souls by Kristy Centeno 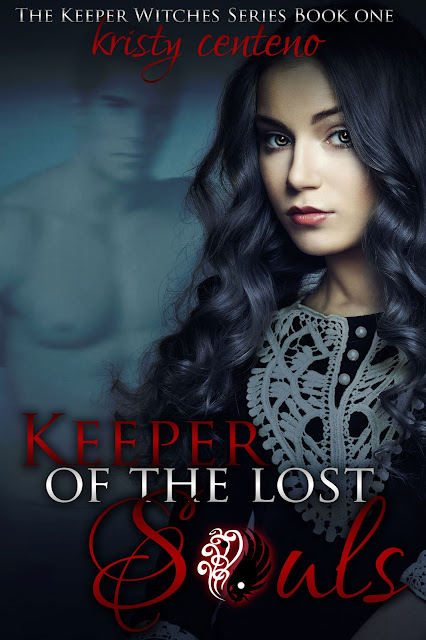 Summary from Goodreads:
Bryn McCaskey is young, naïve, and can talk to ghosts. Like her mother and grandmother, Bryn is part of a breed of witches called The Keepers of the Lost Souls, whose main purpose is to guard those spirits which are permanently or temporarily grounded in the world of the living.


Because Bryn is a witch, she’s fairly comfortable dealing with all sorts of threats, which she does with ease and confidence. Handling supernatural creatures is as easy to her as baking a pie. Dealing with people however, is something she is yet to learn how to handle.


Unfortunately, as her 18th birthday approaches, and the time for her to take on her first assignment finally arrives, Bryn is forced to confront her inability to communicate with others in an effort to save the one soul that can mean the difference between life and death for mankind.
Johnny Shaw is a lost soul with a personal vendetta against witches. A vendetta he has carried on even after death. However, as much as he might hate them, in order to stop a century old threat, he must join forces with one. When fate brings them together, not only will they be forced to learn how to work as a team, but they will have to depend on each other to stop an evil witch carrying a six hundred year grudge.

About the Author
I’ve always had a passion for writing but never had the opportunity do so until now. After trying out numerous options I realized that writing was what I loved the most so when I found myself with some free time on my hands, I decided to give it a shot. As it turned out, my very active imagination helped me achieve my goals of creating believable plots with some ordinary, and some not so ordinary characters that helped the stories move along in one way or another.


As I keep moving along in achieving my dreams of becoming a published author, I divide my time in between my four children and my very understanding husband.

Website|Blog|Goodreads|Twitter|Facebook|Pinterest
Posted by 3 Partners in Shopping at 1:49 AM