This humorous whoduntit will make you laugh out loud. With wit, humor and murder you are sure to be swept away into the story from the start.
~Shelley’s Book Case 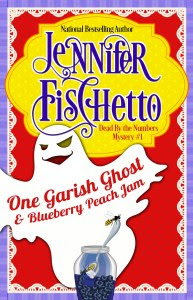 Synopsis
From National Bestselling author Jennifer Fischetto comes a hauntingly humorous new series…
Gianna Mancini has chatted with ghosts most of her life. It’s never affected her much. Until now. The latest ghost in Gianna’s family-centric, boy-complicated, job-depleted world is Emma Tinsdale, a woman Gianna despises. Wanting Emma out of her apartment and her orbit, Gianna chooses to help her move on, but she doesn’t expect to come across poisonous jam, a vengeful cop, or a group of friendly clowns. When a relative is framed for Emma’s death, Gianna must dig deeper and faster to find out what really happened that fatal night on the beach. With help from her sister, her cop brother, and her ex-boyfriend, Julian, she gets close to figuring out the truth. But when the killer closes in, Gianna better watch her step unless she wants to become the latest member of the dearly departed.

3 Partners in Shopping, Nana, Mommy, & Sissy, Too!  would like to thank author Jennifer Fischette for sharing her thoughts with us today.
Guest post;


I grew up in a family that loved to scare one another. Maybe it had to do with everyone watching mystery, suspense, and horror movies. Then there was my grandmother, mom, aunt, and myself who enjoyed reading these genres. I mean, my mom and aunt took me to see The Exorcist, in the theatre, when I was between ten and twelve. (I can’t remember the exact age. I believe it was ten, but I like to give her a little parental leeway and say it was twelve. ;) )

I heard story after story about my aunts and uncle scaring one another as they grew up. Like the time my uncle and mom were home alone. They were teenagers. He went to the basement, while my mom was in the kitchen. He made a loud noise, flipped the circuit breaker, knocking out all the lights, and let out a blood-curdling scream. lol My mom ran out the front door, screaming down the middle of the street, with no regard to her little brother. :) (A version of this is part of the backstory and motivation in One Garish Ghost & Blueberry Peach Jam.)

Stories like these had the family roaring with laughter, while seated around the table for Sunday dinners at my grandparents’ house.

When I was a teenager, I joined my mom, aunt, and cousin on a scare excursion. We visited my great aunt who lived several blocks away. It was nighttime, dark out, and we walked there so she wouldn’t see or hear a car. My great aunt was in the shower when we arrived, and her daughter let us in. She agreed to be in on it, so my mom, cousin, and I snuck into my great aunt's bedroom. Mom hid in the closet while my cousin and I got under her bed. We waited and listened and tried not to giggle too much. Mom had to shush us several times.

My aunt stood on the top landing of the basement. She later told us that my great aunt's daughter (yes, also a cousin, but it's less confusing if I write it this way) asked Great Aunt to get the laundry. Great Aunt opened the basement door, saw Aunt, screamed, slammed the door in her face, opened it again, cursed, and slammed it again. LOL! Aunt said she had to brace her hands on the two walls, afraid Great Aunt might accidentally knock her down the stairs with all the door slamming and cursing.

I distinctly remember hearing the door slams and two screams, followed by laughter and talking.

Then it was our turn. Aunt told Great Aunt she stopped by to borrow a pair of shoes. Or was it a purse? The memory is slightly sketchy. They walked to her room, Great Aunt walked in first. Aunt shut the light and pulled the door shut. Mom jumped out of the closet, and cousin and I reached out and grabbed Great Aunt's ankles. My Great Aunt screamed. A lot. And then we all had the greatest laugh.

Now I realize how crazy we were. Thank goodness Great Aunt was young and healthy. :P

That wasn’t the only scare I either participated in or was chosen as victim for, but it was my favorite. And it’s the one I treasure the most! Unfortunately, my mom and Great Aunt don’t remember it anymore. It’ll remain vivid in my mind, I’m sure.

Because of these memories, I created a family very similar to my own for the Dead by the Numbers Mysteries series. Gianna Mancini, her siblings, and their parents love to jump out at one another, and there’s somewhat of a competition between the siblings to see who can out scare the other. It keeps them closely knit and always wanting to be around one another—looking for the best moment to yell, “Boo!” 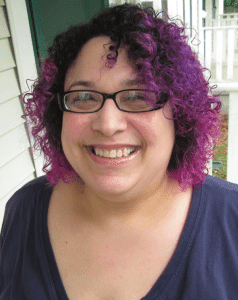 About This Author
Jennifer Fischetto is the National Bestselling Author of the Jamie Bond Mysteries. Unbreakable Bond, her adult debut novel, has received a National Reader’s Choice award nomination. She writes dead bodies for ages 13 to six-feet-under. When not writing, she enjoys reading, cooking, singing (off-key), and watching an obscene amount of TV. She also adores trees, thunderstorms, and horror movies—the scarier the better. She lives in Western Mass with her family and is currently working on her next project.


a Rafflecopter giveaway
Posted by vicjbr at 12:05 AM