Take a Chance on Me by Susan May Warren Book Review

I just finished reading Take a Chance on Me by Susan May Warren. This book was about a man, Darek Christiansen, who is the heir and oldest son to a family resort called Evergreen Lake.  Darek, the oldest son of a large clan is a man who has been mad and deeply wounded by his wife Felicity's death. While he is a eligible bachelor there is no woman who is brave enough to come close to him.
Ivy Madison is the new assistant district attorney. When she goes to a charity auction for bachelors she has no idea what she is getting into and she finds herself bidding on Darek. Three years ago Ivy made a plea bargain which kept a man named Jensen Atwood from going to jail, instead he had to do community service in Deep Haven. When Ivy made this bargain she had no idea that she was releasing the man who was thought to be responsible for the death of Felicity, Darek's wife. Now, finally, Ivy has found what she believes to be the wonderful family that she has always wanted, but it may never happen because of her secret.
The more she is around Darek, the more she finds herself getting closer to him even though he has a hard exterior. She has to keep him from ever finding out that she was the one who allowed his wife's killer to go free. Darek and Ivy must work to get through their past mistakes and their past bad feelings if they ever want a future together.
This was a book of faith, love and strength of family. I was not able to put the book down, because I wanted to see what happens to Darek and Ivy. I really liked the book and I give it a 5/5. I always love a good story about family. I was given this book by Tyndale Publishers for the purpose of a review, and all opinions are 100% my own. 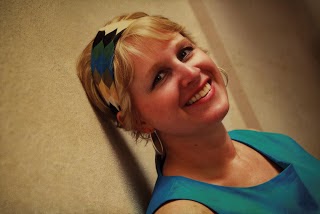 Susan May Warren is the RITA Award-winning author of more than thirty novels whose compelling plots and unforgettable characters have won acclaim with readers and reviewers alike. She served with her husband and four children as a missionary in Russia for eight years before she and her family returned home to the States. She now writes full-time as her husband runs a lodge on Lake Superior in northern Minnesota, where many of her books are set. She and her family enjoy hiking, canoeing, and being involved in their local church.

Susan holds a BA in mass communications from the University of Minnesota. Several of her critically acclaimed novels have been chosen as Top Picks by Romantic Times and won the RWA's Inspirational Reader's Choice contest and the American Christian Fiction Writers Book of the Year award. Four of her books have been Christy Award finalists. In addition to her writing, Susan loves to teach and speak at women's events about God's amazing grace in our lives
Posted by 3 Partners in Shopping at 12:21 AM