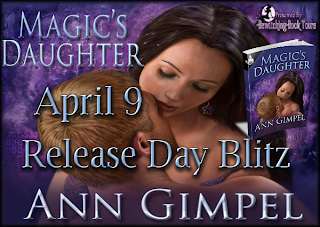 Destined to be surrounded by magic yet have none of her own, Cassie walks a thin line. Her mother is dying and her boyfriend has turned into something that terrifies her. By the time she wakes up to the danger she’s in, it’s nearly too late.

Her clairvoyant friend Jeremy warns her about her scumbag boyfriend, but she’s not listening. Deeply disturbing events unfold. Cassie’s life hangs in the balance. She and Jeremy join forces to battle the darkness threatening them. Meanwhile, Cassie warms to Jeremy in ways she never could have anticipated. Love was always there if she’d just opened her eyes and looked. 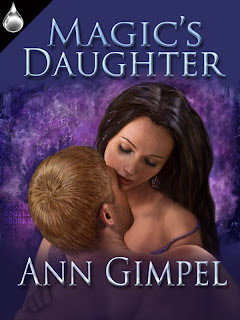 
Ann Gimpel is a clinical psychologist, with a Jungian bent.  Avocations include mountaineering, skiing, wilderness photography and, of course, writing.  A lifelong aficionado of the unusual, she began writing speculative fiction a few years ago. Since then her short fiction has appeared in a number of webzines and anthologies. Several paranormal romance novellas are available in e-format. Three novels, Psyche’s Prophecy, Psyche’s Search, and Psyche's Promise are small press publications available in e-format and paperback. Look for two more urban fantasy novels coming this summer and fall: Fortune’s Scion and Earth’s Requiem.
A husband, grown children, grandchildren and three wolf hybrids round out her family.