Origin of the Vampire by Ruth Spencer Book Tour & Giveaway 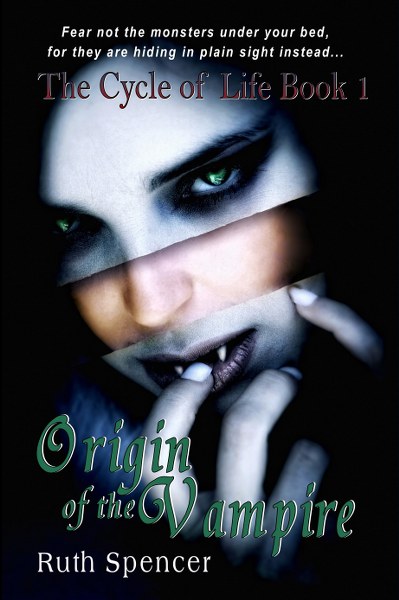 Origin of the Vampire
The Cycle of life Book 1
by Ruth Spencer
Genre: Urban Fantasy

Christophe Haram is vampire, his skin is pale, his hair black. An avid reader of conspiracy theories, he is certain the mythical human race exist. During his wild youth he darkened his skin and dyed his hair, he remains unruly to this day.

A new dayclub, Sunrise, opens in his home town, Orionsby; and it appears to be a hotbed for trafficking missing vampires. While investigating Sunrise, Christophe uncovers terrifying tales of missing vampire spanning decades.

And when an old friend returns with a proposition, is Christophe brave enough to accept it?

Ruth lives in Rothley, Leicestershire, England with her space obsessed husband Simon and her black cat Violet, who just wants a warm knee. She found her love of books at a young age and remembers the smell of the old library on her monthly visits with her mum. Together they would bring home books of many different genres and Ruth quickly moved from reading teen novels to digesting adult books.

Ruth was always afraid of horror films, she remembers the time her mum bought her The Thing to watch, thinking it a nice science fiction film. Ruth was terrified and her feelings for horror films remained until her mid twenties, when, suddenly she began to appreciate horror films and began reading Urban Fantasy books. Vampire films quickly became a favourite and the idea for her debut novel slowly began to take place.

Currently Ruth is writing the sequel to Origin of the Vampire and when she isn't writing and promoting her book she loves to relax by drawing portraits. The great outdoors is a big passion and holidays in The Lake District and by the sea in Cornwall and Dorset give Ruth great inspiration. But it was walking in the woods close to home where Ruth had her eureka moment and worked out the final piece of the puzzle for her debut novel. Walking in the countryside near home remains a weekly ritual, and of course coffee and cake is essential before returning home.