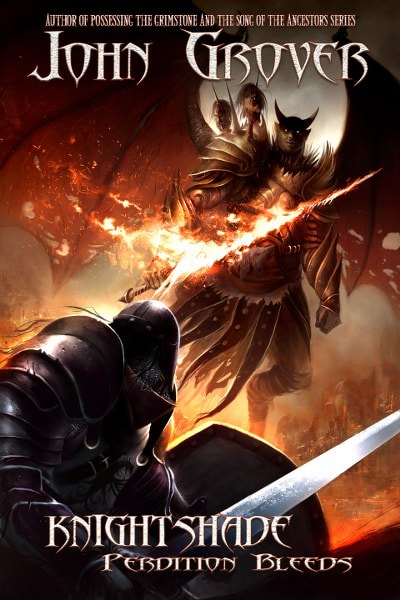 WHAT WAS ONCE BELOW IS NOW ABOVE


King Gravynmere of Vanosia has sent some of his best soldiers to investigate strange stories in the nearby border town of Faxon.
The men will soon learn there is more truth than fancy to these stories, for something walks in the fields, something with cloven hooves and fire dripping from its hands.

The king rallies his son, Prince Quinn, his entire army and all of the Kingdom of Vanosia to confront the very forces of darkness in an epic tale of adventure, magic and mystery as the veil between their world and Perdition grows thin.

Join the Prince as he battles for his land, his people and his beloved on a mission that will take him to ends of the world and back, through pain and sacrifice, war and horror as what is below claws its way to above. 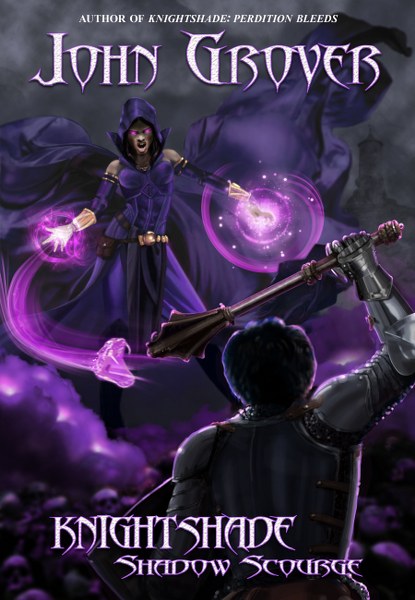 A SISTER'S WRATH KNOWS NO BOUNDS...


The Great War with Perdition has ended but all is not well in the continent of Eurone. Prince Quinn, half human, half shade, lives in exile at the hands of his father, King Harlequin. The King withers into depression, leaving the kingdom of Vanosia weakened and open to attack. It is now that the Shrouded Woman seeks vengeance for the death of her sister at the hands of Prince Quinn. She will stop at nothing to see the extermination of the royal family and all of Vanosia.

In this sequel to Knightshade: Perdition Bleeds, the forces of darkness and light will once again collide in an action-packed, fantasy tale of family secrets, dark history, forgiveness and redemption. Prince Quinn is the only way to stop the dark shadow magic of the Shrouded Woman and the scourge she has unleashed upon the world. He must learn that to finally bring peace to the kingdom he will need to not only face the truth of the Shrouded Woman's identity but the truth about his own family as well.

This is book 2 of the Knightshade Series. It is highly recommended that you read Book 1: Perdition Bleeds before starting this book.

John Grover is a fiction author specializing in Horror, Fantasy and Sci-Fi residing in Massachusetts. John grew up watching creature double feature with his brother on Saturday afternoons. This fueled his love of monsters, ghosts and the supernatural. He never missed an episode. In his spare time he loves to cook, garden, go to the theater to watch horror movies with his friends, read, talk about food, bake amazing desserts, play with his dog Buffy (yes named after the character in the TV show) and draw-badly.

Some of his favorite TV shows and influences are The Twilight Zone, Tales from the Darkside, Space 1999, Battlestar Galactica, X-Files, Night Gallery, Monsters, Star Trek, and much more.

He completed a creative writing course at Boston’s Fisher College and is a member of the New England Horror Writers, a chapter of the Horror Writers Association.

He is the author of several collections, including the recently released Terror in Small Doses for Amazon Kindle as well as various chapbooks, anthologies, and more.