The Great and the Small by A. T. Balsara Book Tour and Giveaway 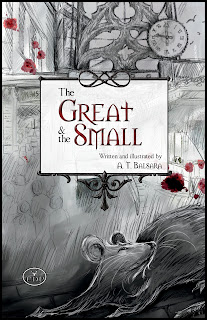 The Great and The Small
A.T. Balsara

Cover Artist: Ellie Sipila of Move to the Write

Deep below the market, in the dark tunnels no human knows exist, a war has begun. Lead by the charismatic Beloved Chairman, a colony of rats plots to exterminate the ugly two-legs who have tortured them in labs, crushed them with boots, and looked at them with disgust for as long as anyone can remember.

When the Chairman’s nephew is injured and a young two-leg nurses him back to health, however, doubt about the war creeps in. Now the colony is split—obey the Chairman and infect the two-legs with the ancient sickness passed down from the Old Ones, or do the unthinkable...

Excerpt from The Great & the Small: War is coming

Papa hushed the crowd, then nodded to Julian. Councillor Julian stepped forward, clearing his throat. Leering at the gathering, he smiled, showing his long, yellow teeth. “Every rat is equal! Every nest for all!”
The gathering answered, “Every rat is equal! Every nest for all!”
“Dark days lie ahead, good Tunnel Rats!” cried Julian. “Wreckers will batter against us from within! Two-legs will fight us from without!”
Councillor Tiv stepped forward and cried, “Sacrifice, good Tunnel Rats! Sacrifice! Wreckers must be rooted out, traitors brought to justice. I am a good Tunnel Rat, and I am also a mother,” she stared out at the rats, “but I would turn in my own pup if it betrayed the Common Good!”
The cheering crowd went silent.
Papa smiled, gazing out over the assemblage. Tiv looked at him then raised her paw and shouted, “Sacrifice! Sacrifice for the Common Good!”
Sergo strode up beside her and, shaking his clenched paw in the air, bellowed, “The Common Good! Sacrifice!”
“The Common Good!” cried Bothwell, stamping his feet. “The Common Good! The Common Good!” Like an orchestra conductor, he waved at ARM patrol members, who took up the chant. ARM members wove through the crowds. “The Common Good! The Common Good! The Common Good!”
The excitement was infectious. Rats shrieked and stamped their feet. Fin shouted and stamped his feet too. Behind him Scratch’s piercing squeal could be heard over all. Papa walked back and forth on the bench, listening, smiling. Then, he turned to the gathering, arms open, and waited.
The crowd settled into a mumbled hush. Still, the Chairman stood, silent, his arms outstretched.
In the distance, a seagull squawked, its voice growing faint. A salty gust from the harbour tousled the trees rimming the garden. Water gurgled from the fountain where Fin and Zumi had swum not too long ago. Every rat in the Forbidden Garden leaned forward, their eyes riveted on their Beloved Chairman.
He spoke. “Good Tunnel Rats. The history of our beloved Tunnels would make a stone weep. We all know this history. It is whispered to pups as they play, sung in their lullabies as they sleep; it is fed to them in their mother’s milk so that in the very marrow of our bones we may never forget what the two-legs have done to us. They have trapped us, poisoned us, tortured us, reviled us.” With each word, Papa’s arms jerked wider, as if he himself were experiencing all of those things in front of them. At the end he pulled his fists into himself and hunched over them, his breath ragged.
Sobs broke out in the gathering. A few pups began to wail. Someone shouted, “Those ugly, ugly two-legs!”
Papa slowly pulled himself upright. “Yes, friend, they are indeed ugly.”
He began to pace again. “But there is an older story—much older—that is our history too; a time when rats ruled the earth and the two-legs were cut down like sheaves of wheat in a field. The Old Ones called it ‘the Great Dying.’” 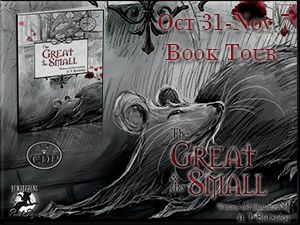