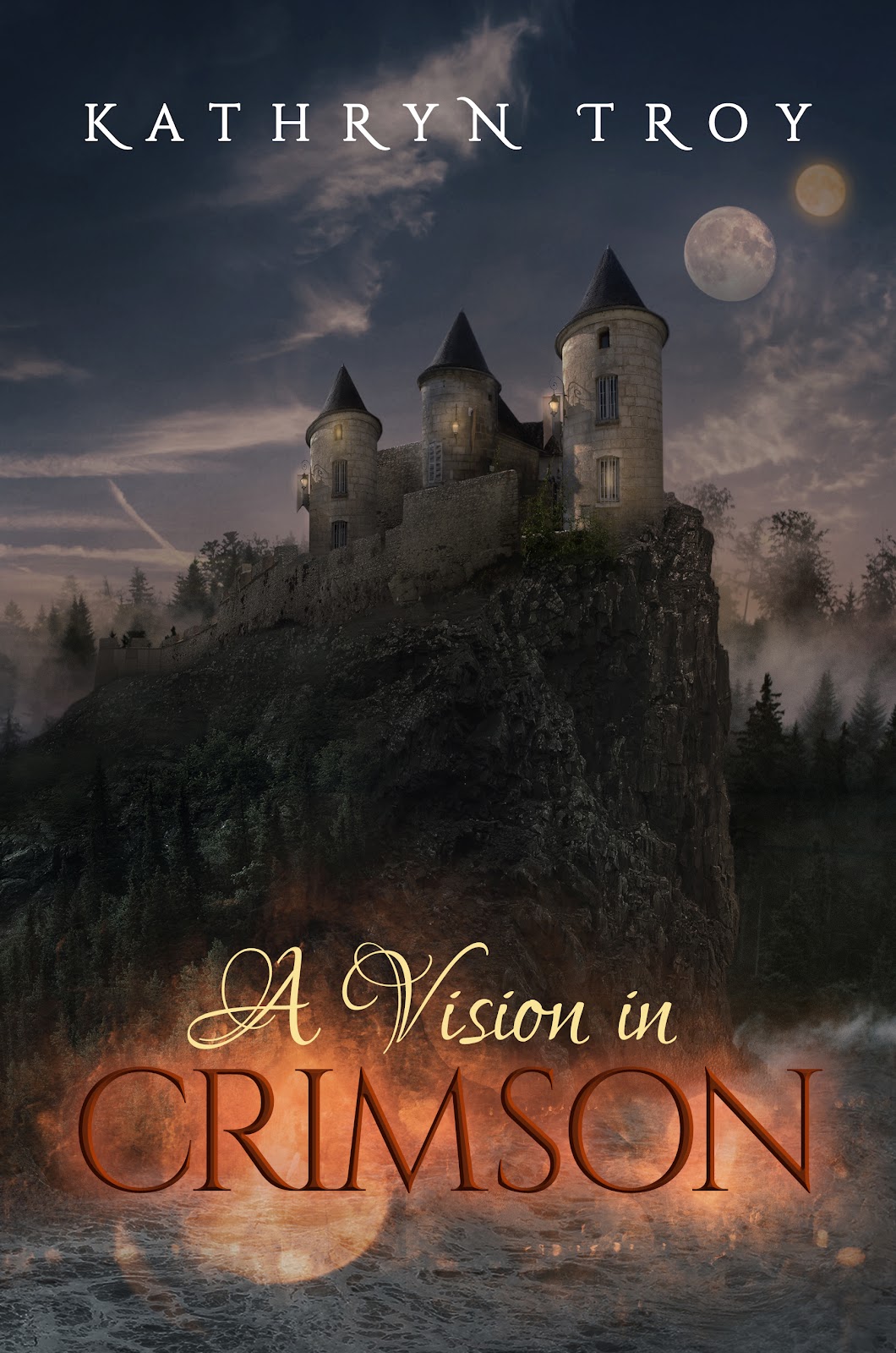 A Vision in CrimsonFrostbite
Book OneKathryn TroyGenre: dark romantic fantasyDate of Publication: June 1, 2017ISBN: 9781539800897Number of pages: 323Word Count: 80kCover Artist: TS95 StudiosBook Description:
Katelyn knows her magic is risky, but Icaryan light is fading fast and she is desperate. Returning to Earth, she crosses paths with Luca, a vampire hybrid living on the outskirts of humanity.

Passion sparks their weary hearts. The rogue hunter follows Katelyn into a world teeming with wonder and danger, forsaking his own quest to root out his father.
But his father has not forgotten him.
A Vision in Crimson is the first installment of a new epic fantasy blistering with romance and Gothicism.
Amazon


Add it on Goodreads

Excerpt 2: The clearing appeared empty. He did notice, however, that the space seemed more alive than any other part of the forest. The forest floor was a vibrant shade of green, shimmering with dew that adorned the underbrush and the rich bark of the trees. Even a boulder looked animated as a light wind blew through the shaggy brown moss that covered it. “There’s no one here,” said Luca, looking suspiciously at Kate. He became wary as he sensed motion on all sides of him, and began to think better of his last statement. “Isn’t there?” Kate smiled at him curiously. Luca kept his eyes trained on the forest, his vision darting back and forth, trying to detect an anomaly in the environment. Just then, a cluster of small leaves fell from the canopy. They floated slowly to the ground in a peculiar pattern, swirling around themselves and forming what Luca thought looked like the shape of a woman. The woman made of leaves, who appeared to be suspended in air, was in fact a tree nymph. She greeted her companion. “Welcome back, Kate,” the nymph said, her voice the sound of rustling foliage. “Thank you, Varya,” Kate replied. What the— Luca tilted his head in wonder. He saw the dew drops on a nearby tree run together into a single puddle that clung to the tree trunk before it and the trunk peeled away from the tree. The dew and bark split apart in midair, forming two more female shapes, one made of water, the other tree bark. The dew on the ground collected itself, forming a second water nymph. The nymphs slowly took on more tangible, humanoid shapes, their skin shining in the greens, browns, and blues of the forest. The water nymphs looked slick, and the tree nymph’s skin retained a rough, crackly texture. Several mossy rocks that were clumped together shifted, and Luca realized that they weren’t rocks at all. The largest boulder uncurled itself and stood up, revealing a bipedal, hooved creature with the head of a bull, covered in shaggy brown fur that Luca had mistaken for moss. A man with the horns and legs of a goat, and a giant of a man, whose trunk terminated in the body and legs of a workhorse, followed suit. Luca had killed countless monsters in his time as a hunter, usually serving as the mindless minions of vampires. But the creatures he looked upon now were entirely new to him. “You sure keep interesting company,” Luca said, no longer able to hide his amazement. “That I do,” Kate replied. “But someone is missing. Someone who’s in an awful lot of trouble.” Louder, she called out: “Corbin! Report!” From the tree cover above, an oversized rat dropped onto Kate’s shoulder. A large scar ran the length of his left shoulder, and his left ear was half chewed off. Despite that, the rat tried very hard to keep his dark coat well groomed, and it showed. “Hi Kate, how’s it going? Who’s your friend?” the rat Corbin asked, trying to avoid the issue for which he knew he had been called upon. Luca was going to introduce himself, but Kate cut him off. “Never mind that,” Kate answered sternly. “Did you forget something?” she asked Corbin. “Forget something?” Corbin asked, his poor attempt at sounding oblivious. “Oh, of course, you mean our equipment! Not to worry, it’s all safely tucked away.” Kate was losing patience quickly. “The camp, Corbin. Where's the camp?” “The camp. Right. Well...” Corbin answered, using his well-articulated fingers to scratch awkwardly behind his ear. He could stall no longer. “After you left, Cato said he was really tired of sleeping on the ground, and suggested that maybe we could find a place to stay here. There was no motivating them after that.” Corbin turned to Luca and introduced himself, since Kate was preoccupied. “Hello. I’m Corbin, Kate’s second in command. And you are?” A giant, talking rat is second in command. Of course, Luca thought sarcastically, feeling overwhelmed. “Luca. It’s nice to meet you,” he managed to say. Kate shifted on her feet. “I said we would find a place to stay at our next stop,” Kate said to Corbin. “I told them that. They’d rather not wait.” “Did you explain to them that this world is not going to welcome them with open arms?” she protested. “Of course, Kate,” the rat answered. He was more worldly than Kate’s other companions, and understood full well that not every place in the universe would be friendly to their group. “But they won’t listen. They were hoping you could arrange something, seeing as it’s your home planet and all.” Home planet? Are they aliens? Luca wondered. “What do you mean ‘this world’?” he asked Kate. “Is there more than one world?” “More than you can imagine. What I was saying before,” Kate explained, referring to their conversation on the hill, “was that a long time ago, I was fortunate enough to stumble into a world that suited me better than this one. Theirs.” 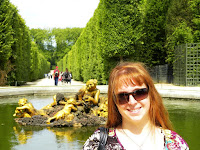 About the Author:Kathryn Troy is an historian turned novelist and baker. Her nonfiction book, The Specter of the Indian: Race, Gender and Ghosts in American Séances, 1848-1890, is forthcoming from SUNY Press. Her historical expertise in the supernatural and the Gothic informs her fiction at every turn. Her genres of choice include dark fantasy, romance, horror, and historical fiction. She lives in New York with her husband and two darling children. Bathory’s Closet: http://ladybathoryscloset.blogspot.com
Facebook: https://www.facebook.com/kathryn.troy
Instagram: http://www.imgrum.org/user/bathoryscloset/3942479568 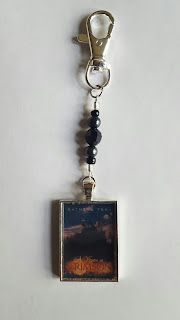 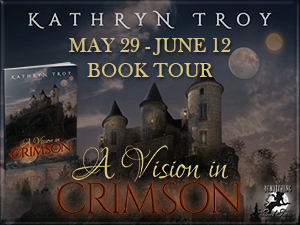