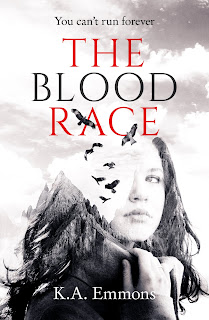 All Ion Jacobs ever wanted was to be normal. But when you’re capable of killing with your very thoughts, it’s hard to blend in with the crowd.

Running from his past and living in fear of being discovered, Ion knows he will never be an average college student. But when Hawk, the beautiful, mysterious girl next door unearths his darkest secret, Ion’s life is flipped upside-down. He’s shocked to discover a whole world of people just like him -- a world in another dimension, where things like levitation, shape-shifting, and immortality are not only possible… they’re normal.

Forced to keep more secrets than ever before, Ion struggles to control his powers in the real world while commuting between realms -- until his arch enemy starts a fight he can’t escape. Now he has sealed the fate of the Dimension, severing their connection to the real world, and locking himself inside forever. But a deadly threat hidden in plain sight may cost Ion more than just his freedom -- it may cost him his life.

The Blood Race is the first book in K.A. Emmons' riveting new sci-fi/fantasy thriller series. If you like epic urban fantasy, fresh takes on super powers, deep allegories, raw emotions and intricate plots that surprise you at every turn, you'll love the first novel in Emmons' page-turning series.


Excerpt Book One:
I had no idea where I was or who I was really speaking to, in fact. Up until the car incident, Sensei had simply been “the crazy old guy next door.” Now he was beginning to feel like my only connection to sanity. I had no reason to trust him, but something in me gravitated towards it.
“Sensei, how did you know about me?” I asked. “Hawk said that you’ve been watching me—how did you find me? How did you know about my powers?”
His deep-set eyes studied my face. “You still have not answered the question.”
I held his gaze for a moment, then let go of a sigh. “I don’t know the answer to your question. I don’t even know who I am.”
“Would you like to know who you are?” I nodded slightly.
“Then that is the answer to the question,” he said. “You wish to learn who you really are. Where you have come from. And it is for that reason that you have been brought here.”
“But why?” I asked.
“Because you were created to protect that which is to come, Ion.”
I thought about it for a moment before shaking my head. “I don’t get it.” “Every generation to walk the earth has, hidden within its repetition and
pattern, a few who will resist. A few who will realize that they are inherently different from others,” Sensei replied. “Most will follow the pattern cut through the density of the forest, because they are afraid to stray from that which is familiar. But a few will stray—the anomalies. Those who recognize their own powers and allow their abilities to guide them.”
There was that word again. The word that had provoked me to the point of driving a knife through Hawk’s hand only hours before. Coming from him, though, it didn’t have the same effect.
“I created this dimension to protect you. Because you are the only ones who have awakened to protect the future from what it has become.”
“How do you know what the future is going to be like?” I asked. “You talk about it like it already exists.”
“Because,” he said, “I have seen it.” “You’ve seen the future?”
Sensei nodded.
“So this whole…” I looked for the right word. “Dimension. You created it?”
“I am it.”
I stared at him. “Wait, what?”
“When you healed Hawk, when you altered reality with your very thoughts, you projected that which is within you into that which is without. When you practice that for eternity, this,” he gestured towards our surroundings, “is the result.”
“You’ve found every one of us… every one of the anomalies?” “From past, present, and future.”
My head was starting to hurt.
“You were the one who fixed my face, weren’t you.” It wasn’t a question. Sensei nodded. “I could imagine how much it hurt.”
“Yeah, well. You imagined correctly.” I laughed mirthlessly. “God, this is
insane.”
“It is your choice to make, Ion. Hawk will teach you how to utilize the portals, and you may come and go.” He folded his hands. “Or you may return to your world permanently—but you must tell no one what we have discussed or what you have seen here.”
“I want to stay,” I said, without hesitation, surprising myself. 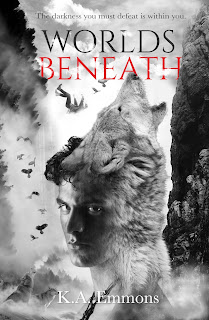 I used to think that seeing was believing, but now, as I struggle to stay alive below the ravine, I begin to realize that - good or bad - I will see whatever I believe.

“Who are you, Icarus, that the earth opens its mouth to receive your blood?” Sensei’s words were my last thoughts before I fell into the bottomless ravine, plunging toward my own death, and bringing about Hawk’s at the same time. Or so I thought.

I woke up underwater. I awoke in a strange and unfamiliar world, filled with maze-like forest, shadows, and nightmares seemingly as vivid and dangerous as reality. I had no idea who I was, or how I got there - I couldn’t remember anything, until I remembered her: Hawk. The other half of my soul.

I knew that in order for her to stay alive, I had to survive and find a way out. But that’s easier said than done when you’re trapped in a realm as deadly as your every thought - and dominated by a hierarchy of ravenous wolf packs.

Alerted by a dream, I realize that Hawk has left the Dimension to come find me. For an instant, I rediscover hope. But that hope quickly burns to ash when I realize that we may not be the only ones down here. Someone else with a thirst for her blood may have survived the fall too. And I may have just lured her right into the jaws of a predator even fiercer than the wolves.

Excerpt Book 2:
I would be lying if I said I wasn’t scared. The very things that were potential beacons of hope were also bright red warning flags. There was no way for me to know what I was walking into.
I waited until nightfall. Until the sky was dark and the stars were like sparkling pinpricks in satin overhead. I watched him light a fresh fire after failing to rekindle the last, using two rocks. It reminded me of my own newly acquired ability to channel fire. When I thought about it, I could practically feel the heat tingling in the tips of my wings.
He sat down, cross-legged, by the fire, and the black wolves dispersed into the woods, seeming on edge as the starlight flickered down through the trees. I heard distant howls on occasion.
The young man’s features were illuminated by the crackling fire. He seemed to have all but forgotten I was there. He held a small journal in his hand and seemed to be writing or making a sketch with charcoal.
Finally, he rose again and went inside the shelter, and the opportunity for me to make my entrance presented itself.
I left the branch and flew several yards into the forest. I landed softly on the ground below and transformed back into my human form. I didn’t want him to know I could shift; that had to remain a secret.
I straightened my clothes and took a shaky breath.
I slowed to a halt at the very edge of the clearing, waiting to see if and when he would emerge from the shelter. When he didn’t, I finally stepped forward into the clearing.
I walked farther in towards the flickering shades of yellow and orange. The snap of a twig under my foot disrupted the chorus of crickets and the distant, occasional howls. It was enough to cause an audible stir from within the shelter. A moment later the curtain parted. The dark eyes met mine from across the flames. He stared at me like someone who hadn’t seen another living soul in a hundred years.
He stepped out completely. The connection between our eyes didn’t falter.
“Who are you?” he asked, in a curious voice edged with an accent. “Where did you come from?”
I pulled in a deep breath, debating what kind of cover story to give.
“The wolves,” I replied slowly. “I followed one of the black wolves, and it led me here.”
I swallowed, watching his expression closely. “Where exactly is this place?” I asked.
He stared at me for a moment longer, seeming puzzled by the question, and then he looked around us. “Must everything have a name?” He seemed to be musing more than asking. “It is reality. I know nothing beyond it.”
“Nothing?” I questioned. “You’ve always lived here?” He nodded. “It certainly feels like it.”
“Are you alone here?” He nodded again. “How is that possible?”
He shrugged, turning his attention back to me. “Could I not ask the same of you?”
He could indeed.
I struggled to come up with something to say.
“I awoke in a place like this, but covered in snow.” I thought back to the tunnel in the embankment. “And then the wolf led me here. The wolves you talk to.”
He studied me a moment longer and then smiled. “I talk to them because they are mine.”
“Yours?”
He knelt beside the fire, picking up the journal and closing it. “It is hard for you to understand, but if you stay, you will learn that no one knows where exactly this place is.”
He paused to pick up a stick with which he began prodding the fire. “And no one knows how to leave,” he said, seeming to muse once more to himself. “Or should I say, escape.”

When she’s not hermiting away in her colorfully-painted home office writing her next science fiction, passionate story-teller Kate Emmons is probably working on the nonprofit organization she founded, Blue Freedom. An organization designed to teach students and young adults about whales and dolphins and the importance of keeping them in the wild.

Katie’s other passions include traveling, hiking, and surfing, which she also loves to blog about.

She lives in the often-snowy hills of rugged Vermont with her husband and dog named Rocket. 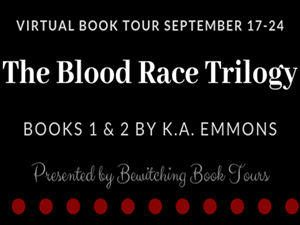 a Rafflecopter giveaway
Posted by 3 Partners in Shopping at 11:04 PM